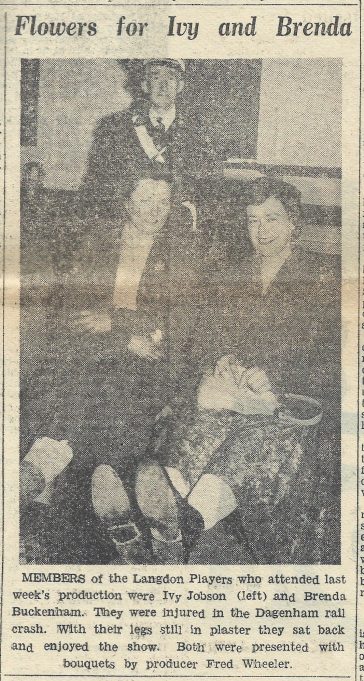 Rail crash in the Laindon Recorder 1958.

Two Laindon girls, Ivy Jobson and Brenda Buckenham, both members of Langdon Players, were injured in the Dagenham rail crash in 1958.  They were travelling home together when Ivy sustained a broken leg and head injuries and Brenda sustained two broken legs and a fractured pelvis.  In May they were photographed enjoying a show with their legs still in plaster. 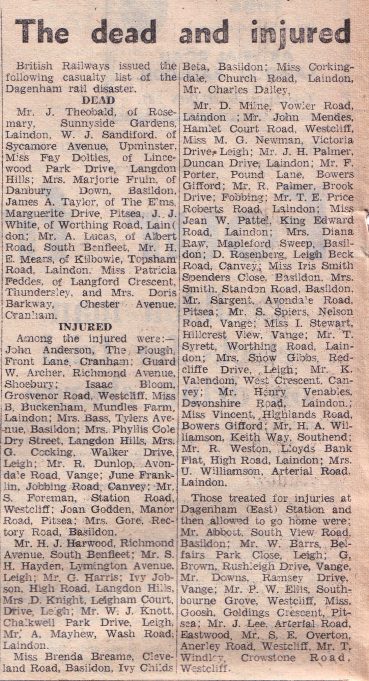 Transcribed below for ease of reading.

Ten people died and 87 were injured in a rail disaster on the Fenchurch Street-Southend line on Thursday 30th January 1958.  British Railways issued the following casualty list of the Dagenham rail disaster which was published in the Laindon Recorder on 5th February.  The dead and the injured.