Over the centuries Dunton like the rest of the surrounding area had seen many changes, although admittedly nothing exceptional or spectacular, however the farm colony experiment in the early part of the twentieth century was quite unique.

It was an American Jew, Joseph Fels, who became a leading light in trying to find a way of solving the acute poverty problem at the beginning of the twentieth century. In 1903 he met George Lansbury who had become one of the most expert Poor Law administrators in the country, having served a long period on the Poplar Board of Guardians where he endeavoured to improve the scope of poor relief.

Joseph at this time was busy advocating the establishment of small holdings and farm holdings to help relieve the problems of the poor. With the support of Lansbury, Fels in 1904 purchased Sumpners Farm in Dunton about one hundred acres and the first Farm Colony for the unemployed in England was established.

Lansbury’s greatest concern was that of Poplar, one of the poorest of the East End districts, so because of his support Fels lent the land to Poplar Board of Guardians on a three year agreement at a peppercorn rent with the Guardians having the option to purchase at any time during their tenancy for the original price.

The land was taken over in March 1904 and one hundred able-bodied paupers from Poplar were set to work. Temporary buildings for dormitories, kitchen, laundry, toilets and a reservoir for water was built.

One of the major differences between a Farm colony and the work house was the great freedom. Papers, books, games and a piano were provided. Although there was a great amount of criticism of the scheme a great number of influential people visited and it was initially a great success. A large number of the men were old soldiers who had had at least 10 years service but no pension to show for it.

In November 1904 a reporter on the Municipal Journal wrote: –

“The first Poor Law Labour colony in England , run by the Poplar Board of Guardians, near Laindon, has now had a three month trial. It is quite easy to understand, when one has seen the working of this labour colony, why it should be considered the broad way out of the unemployment impasse. Sumpners Farm, acquired for the purpose of the colony, is completely isolated…….”

The report went on to praise the new project in glowing terms and so did another report a month later. They were also impressed with the superintendent, Mr John Clark who was to be in charge for the next thirty years until his death in 1933 at the aged of 63.

Mind you it was not always peaceful on the farm. The local papers had a field day over the next thirty years reporting various misdemeanours, such as drunkenness, stealing and assaults etc.

The Poplar Board of Guardians handed it over to the London County Council (L.C.C.) in 1928 and they continued to run the self-contained community on similar lines until 1941.

They authorities certainly meant business and it could only be described as a small self-contained rural village. It comprised of two large dormitory buildings (both 150ft x 50ft) and three smaller dormitories. There were workshops of all kinds, including tailors, cobblers, carpenters, plumbers. There were also stables, piggeries, chicken and poultry houses, cow sheds, milking parlour, dairy, slaughterhouse, laundry, boiler house and a clinic, sick bay and dispensary.  Doctor Henderson whose surgery was at Hiawatha in Laindon used to attend 2 days a week during the 1930s.

If this was not enough it had a dining hall with a large kitchen, several offices, cottages on or near the site for the permanent staff, its own sewage plant and of course there was a general store and clothing store. The general store supplied cigarettes and tobacco to the inmates. It also sold the fruit, vegetables and dairy produce etc produced on site to the inmates to take with them on the week-ends when they were given passes and allowed to go home. Local residents were also allowed to purchase goods from the store.

At its height the inmates numbered between 200/300 and were housed in either the dormitories or in movable huts in and around the farm and orchard. The inmates were employed either on the site farm or sent to other farms, hospitals or similar institutions in the locality.

In 1941, owing to the hostilities, the colony was closed. The records show there were 175 inmates at the time, what happened to them, as yet I do not know. The permanent staff however, remained in occupation.

The camp was immediately taken over by the Civil Defence and prepared and equipped as a Hospital for local air raid and war casualties; fortunately the occasion to use it never arose.

During all this time the permanent staff of the L.C.C. had remained in occupation (what they were doing I have no idea) and they did not leave until 1956. Early that year the main batch of permanent staff were transferred to various hospitals, etc., leaving only Mr P Hibbard the gate keeper and Mr Goldinggay the accountant and superintendent who both retired in June 1956 when Mr C Gray acquired the colony and changed its name to Charles Caravan Park. 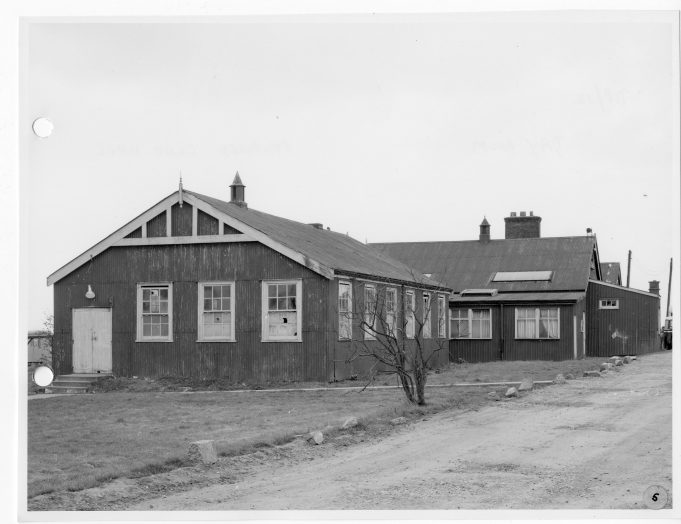 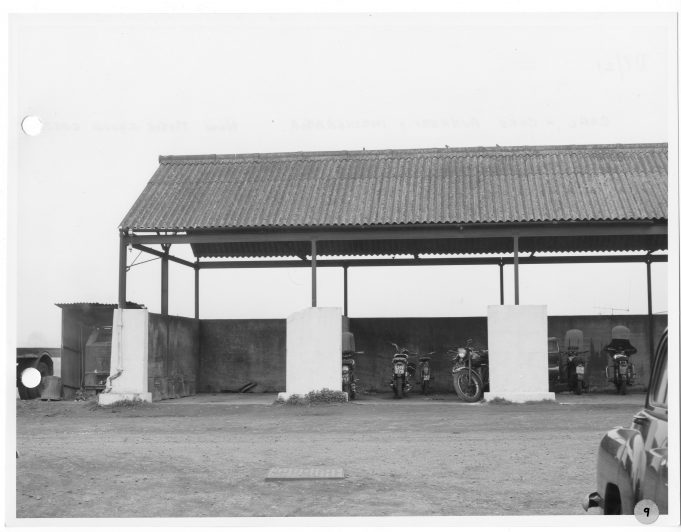 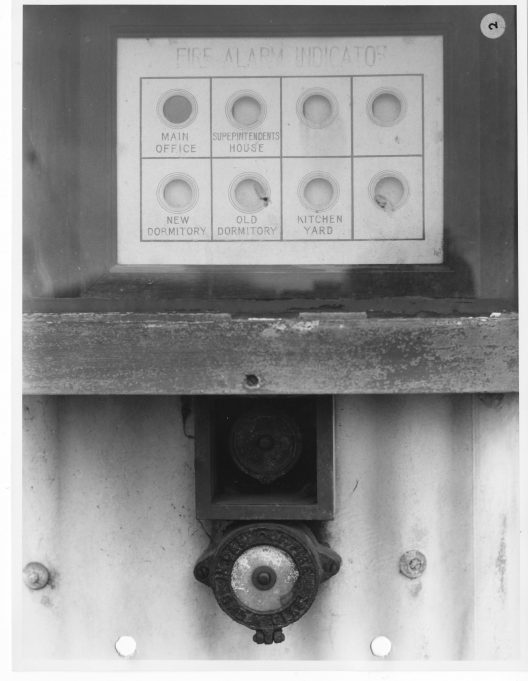 In June 1960 Mr Gray sold the site and by August of that year there were 148 residential and holiday caravans on site. 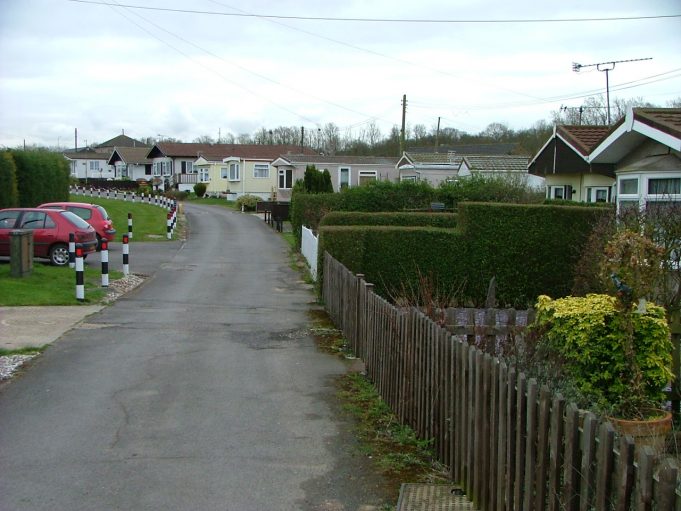 The site is now known as Dunton Park , it has 173 permanent residential park homes, storage capacity for 700 Tourers and two function suites 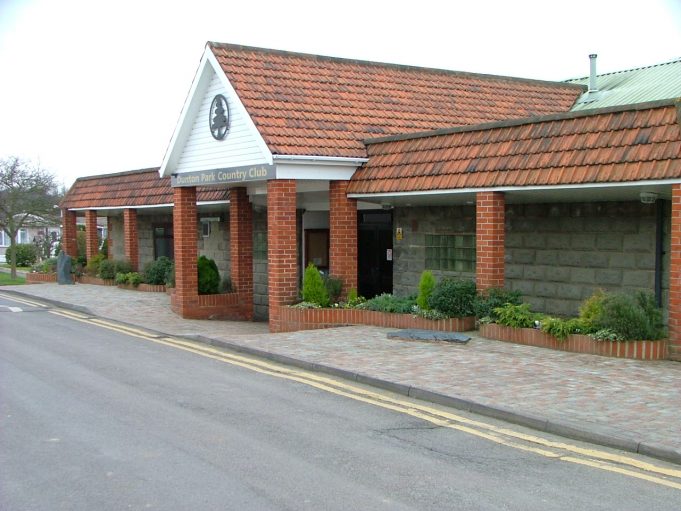