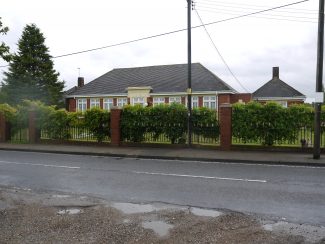 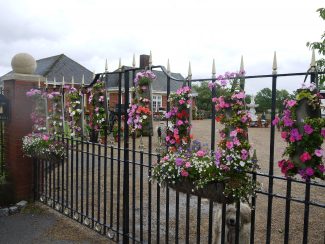 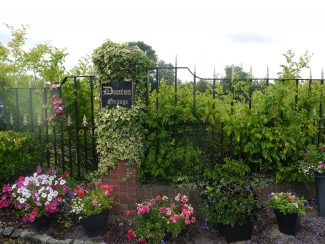 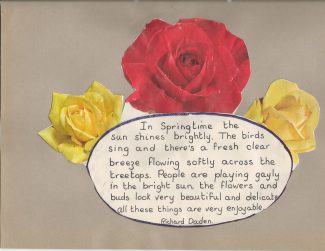 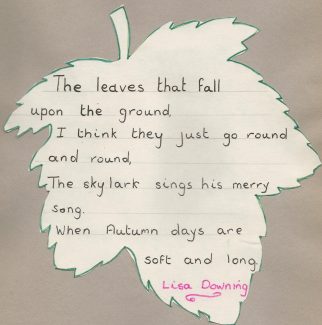 zoom
Another poem fro 'Our book of Poems' 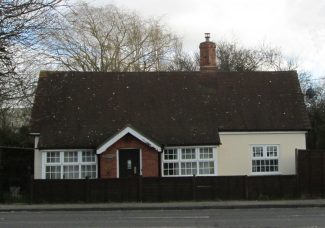 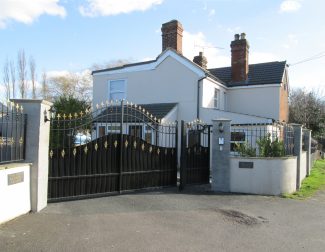 Mrs Margaret Ross was a teacher at the Dunton School during the late 1970s and she still does volunteer work at Mill House School, Laindon teaching reading and hand writing. While having a clear out recently she came across three scrap books put together by the children she taught at the Dunton School. She has kindly given them to me, ‘The History of Dunton’, ‘Some of the changes and events which have happened during our life time’ and ‘Our book of Poems’.

I have no doubt that I will be able to use some of the information in the future; in the meantime it has prompted me to look into the schools of Dunton.

The first known school was a Dame’s school which opened in 1836. Only seven years later in 1843 a National School was built on a site granted by King’s College, Cambridge as Lord of the Manor and with the consent of I. B. Freeman, the owner of Dunton Waylett and Sumpners Farm. A rent of 1 shilling a year was paid to King’s College and the College gave £2 a year towards its upkeep.

The school opened on the 28th October of that year and the Rev Charles I Abraham, fellow of Kings College, preached a sermon on that day in the church.

It had two rooms to accommodate some 50 children. It was situated in the Lower Dunton Road. Ann Ridall was the mistress in 1848. It appeared to be a very busy little school for such a small parish. The 1871 census gave it as having 35 pupils, which is amazing considering the census gives the total population at the time of only being 148. Although when built the population was approaching 200. In 1890 Mrs Louisa King was mistress with an average attendance of 23.

The scrapbook goes on to tell us that it was sold by the Essex County Council and became a private home. Jenny Burridge tells us that her Nan and Granddad live in one room and a Mr and Mrs Todd and then a Mr and Mrs Rand lived in the other. It had also been the home of one the headmasters and a Mrs Lawrence. The book also tells us that during the Second World War the Home Guard occupied the building.

The school closed and sold sometime in 1929, becoming a private dwelling. A new Council School was built a few hundred yards along the Lower Dunton Road towards the Arterial Road. It was partly built to accommodate the growing number of children from the then new Plotland estate. The 1931 census gives the population of Dunton as 664. The old school became known as the old school house.

One of its famous pupils during the 1940s was Joe Cotterill better known as Joe Goodman ‘King of the one Liners’. As a child he lived on the Dunton Plotland estate (refer to the section on entertainment to find out more about Joe)

With the closure of the Plotland era brought on by the Basildon Corporation and the development of Basildon new town this school also closed in July 1977. It had only 12 children. From September 1977 until 1980 it was used as Secondary Tutorial Unit for just eight to 12 pupils unable to cope with normal school life.

The school then lay derelict until the current owners purchased it 14 years ago; it is now a private residence known as ‘Dunton Grange’. Although it is not a listed building, Basildon Council insisted that the exterior is not altered so to keep it in keeping with the village. If you ever driving along Lower Dunton Road make sure you have a close look, the owners are keeping the building and the garden in beautiful condition.

Editor: Following a query about the ‘Old School House’ I have been asked to add the following two photographs to this article.

By Ken Porter and Ian Mott