by Jennifer Shirley, Assistant Museum Manager at The Haven Museum 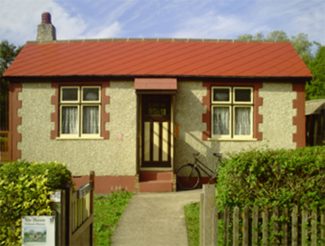 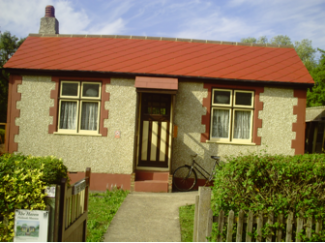 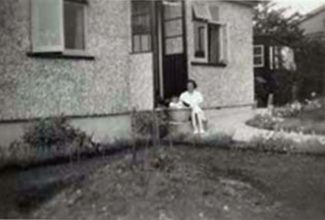 zoom
Mena Mills in front garden of The Haven
courtesy of www.Roselake.com

zoom
Mena Mills in front garden of The Haven
curtsy of www.Roselake.com 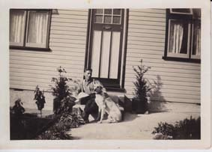 zoom
Fredric Mills outside the Haven
courtesy of www.Roselake.com

The four-roomed bungalow built by the Mills family in 1934 is the last remaining home of the Laindon Plotlands phenomenon of the turn of the last Century.  Originally intended as a weekend retreat for the Romford family, the house was actually inhabited until 1983.  Built on three plots bought for £20 in 1934, the bungalow originally consisted of two rooms.During the Second World War Mr. Frederic and Mrs. Mena Mills took out a loan of £45 to add a kitchen and a bedroom for their two sons, Brian and Terry.  Now in its second life as The Haven Plotlands Museum at Essex Wildlife Trust Langdon, The Haven would originally have had nearly 200 neighbours on the 461 acre site.

The Laindon Plotlands began life in the early 1900s, when the cheap cost of imported American grain (combined with bad weather) meant that the value of farm land fell.  Much of the farm land was sold off to property developers at a time when the Fenchurch Street to Southend railwayline was shortened and a station built at Laindon.  By the early 1900s developers were organising ‘Champagne Sales’, luring Londoners to the countryside with special train tickets, free champagne and exaggerated claims of the amenities which were expected to be available.

In 1924 183 of the Dunton plots were sold at roughly the cost of £6 a plot (several times the average weekly wage at the time).  As three plots combined The Haven plot measures 60’ by 180’.  Although originally intended as holiday homes and weekend retreats, by the Second World War many families decided to move to their plots permanently (with fathers often commuting to London from Laindon station).

Although The Haven eventually had mains gas and cold-running water, life for the Plotlanders was hard work.  Most Plotlanders grew their own fruit and veg and kept livestock like chickens, goats and pigs.  Conditions on the hills of the avenues were so muddy in winter time that a special path was built along the front of all the houses, allowing the residents to transport coal and other supplies up and down the hill in two ‘basses’, modified bassinets.  Some of these paths can still be seen today amongst the long grass on the reserve and also outside The Haven.

As the Plotlanders designed and built their own homes there was a wide range in styles amongst the different plots.  Some were brick-built bungalows, whilst others were small wooden structures and, in at least one case, a railway carriage.

The Plotlands story finally came to an end in the 1980s, when the remaining houses were compulsorily purchased by Basildon Council.  The Basildon Development Corporation began attempts to compulsorily purchase the land in the 1950s and many of the buildings were demolished in the 1960s and 1970s.  The land was originally intended for housing but in the 1980s Basildon Council had a change of heart (possibly due to the sloping nature of the land) and decided to keep the area as green space.  Although the Plotlands residents were offered accommodation in the new town, many chose not to accept the offer or were disappointed with their new accommodation.  For people used to large gardens, open spaces and a tight-knit community of friendly neighbours, the new flats were a poor substitute. At The Haven Museum we have tried to return the house to its 1930s beginnings.  As well as the four-roomed bungalow (and out-house!) there is also a workshop (Mr. Mills was a carpenter), where the family originally cooked while The Haven was being built.  There is also a washroom, complete with a brick copper and tin bath.  We are currently working on the vegetable plot, sowing only seeds available in the 1930s (no mean feat with no direct water supply!)  The stable where the Mills family once housed their pony, ducks and chickens still stands, as does the Anderson Shelter.  According to one of our volunteers, the Anderson shelter is one of the best examples in the country and work is currently under-way to restore it to its 1940s glory.

The Haven Museum is open every Saturday, Sunday and Bank Holiday Monday, except Christmas weekends.  The opening times are 10 ‘til 4 April to September and 2 ‘til 4 October to March.