This is the current view on the North West corner of the Fortune of War junction.  The site was redeveloped as a Happy Eater and then changed to the current McDonald’s 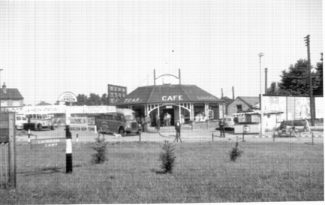 This shows Enefers as I remember it in the 1950’s/60’s and I can still remember the taste of their treacle tart and custard. The Cafe had been in existence since the 1920’s and was very popular with the locals and those travelling along the A127 as this advert indicates. 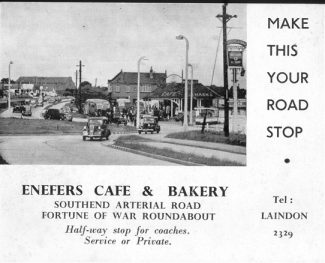 Enefers did not always have this corner of the Fortune junction to themselves as the following photograph shows: 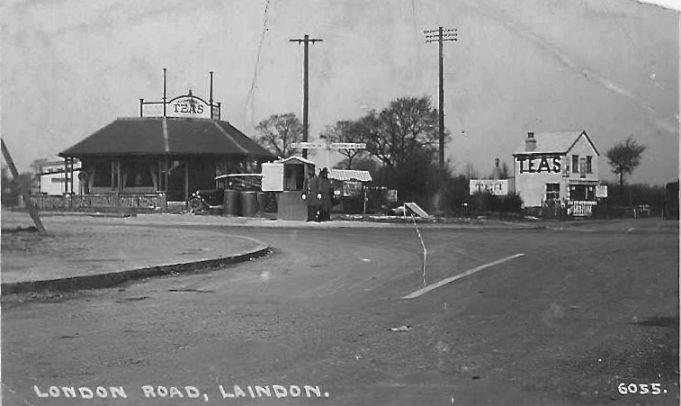 This photograph is pre 1934 when the arterial road (A127) was still a single carriage way.  Does anybody know anything about the tea rooms at the back of the picture? The tea rooms left of the picture became known as ‘Enefers’. 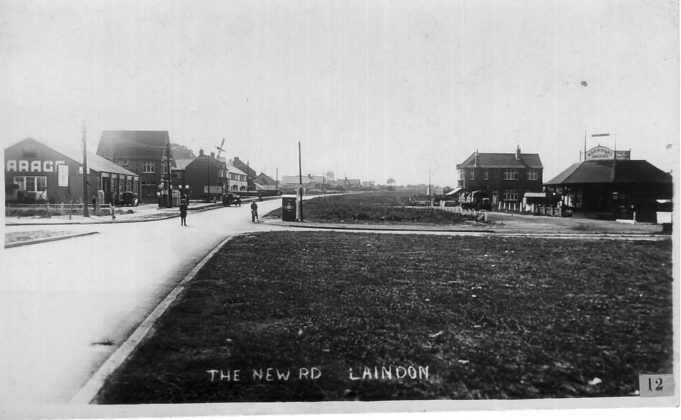 The A127 cross roads

This is an even earlier photograph and the sign indicates the building was occupied by Markham’s Dairy. The photograph looks as though it was very close to the opening of the A127 and it looks as though the Fortune of War Public House had not yet been built.

By Ian Mott and Ken Porter