You are here: HomenextAreas and PlacesnextLaindonnextLaindon and Dunton at the Races

Laindon and Dunton at the Races 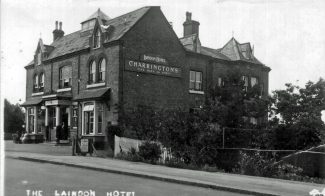 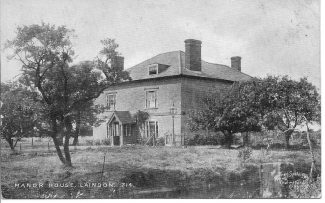 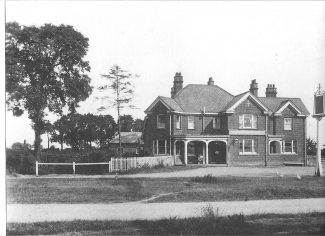 Laindon and Dunton at the Races

The race course at Great Leighs came and went just like Laindon’s.

Little Laindon did have a race course, yes well no, well nearly. Back in the late 1890s Laindon was earmarked for a prestige racecourse running parallel, west of the High Road from the station area towards the Great Gubbins manor house. (Later to become known as the Manor house, where Lidl’s now stands.)

Newspaper reports in 1896, tell us of a racecourse being developed by a syndicate at Laindon. The course was oval in shape, covering a circumference of one and three quarters of a mile, over the land of Whelps and Great Gubbins farms. We are informed that by the end of 1896 the course would be completely fenced in and the area of the development would be over 400 acres, to include, in addition to the racecourse, cricket, football, golf, archery etc. The racecourse stand was to be a reproduction of the stand at Sandown which would accommodate 2,000 spectators. Water by this date had also been obtained in quantity and quality.

The Laindon Hotel being part of this scheme had been completed at the beginning of the year at a cost of £3,310, the architect, a T. T. Matthews of London.

In August 1898, plots of land were being offered for sale by auction about a mile from the station, close to Laindon Church, the school and racecourse.

A newspaper interview in 1927, Mr T. E. Collings, who built the first shops in Laindon near the station, said that one of his interesting memories was that of the racecourse, which stretched for nearly a mile from the Laindon Hotel along the west side of the High Road. It was bounded by an eight-foot high fence and was considered one of the finest in the South of England. He went on to say “The course was the scene of many an exciting afternoon and all sorts of people, including Lords and Ladies, used to visit it by special trains that were run from London. There were extensive stables and training quarters and everyone was sorry when following the death of its owner, a Mr Paul, it seemed to disappear ‘all of a sudden,’ and give place to the first of scores of shops and houses that now practically cover the site.”

The 1901 census has an Alfred A Paul as proprietor of the Laindon Hotel; I can only assume it is the Mr Paul that Thomas Collings is referring too.

Strange, as a news report of 1877, tells how on July 24th of that year, popular races were attracting large numbers of people of all classes. Thomas Cole, farmer of Sellers Farm in Wash Road, had levelled his ground with the help of a committee of nine. It would appear that the course ran from Wash Road, northwards towards Laindon Common, where the proprietor of the Dukes Head, John Green, provided refreshments in a large booth.

On this occasion there were plenty of policemen around to control any rowdyism and pick-pockets, who appear to have been fairly successful at previous races.

It seems that everybody enjoyed the event, which was helped on by various other amusements, including the band of the 23rd Essex Volunteers, by kind permission of Captain Humphreys, who played some really good music.

It is interesting to note that it was the same year as Laindon Park School opened but Laindon Railway Station was not to open for another 10 years.

Unfortunately, Laindon was never to get its prestige racecourse but the local farmers did not actually give up racing. We find that they continued point to point horse racing in the Dunton area, where most of the mounts were actually ridden by the farmers themselves.

The Thurrock Gazette in April 1939 gives an excellent report a steeplechase event at Dunton Hall organised by the Essex Union Hunt. It was in an ideal setting as the spectators got a very good commanding view from the hills over the whole course. It was a little overcast and there were a few drops of rain but it was mild and the visibility excellent.

There were several thousand spectators and although there were not as many cars as previous years they still totalled nearly 2,000. I am surprised there were that many cars in Essex at the time. Farming must have been going through a lucrative stage.

Before the first race there was a luncheon for the farmers of the Hunt to which they were welcomed by the master Mr T F Rawle and the committee of the Hunt.

The first race started at 2pm with the ‘Essex Union Members Heavy Weight race’. Second place went to ‘Ballybeg’, ridden and owned by Frank Buckenham, a local farmer, and possibly whose land the race was being run over.

The sixth and last race was at 4.50pm with the Essex Union Members Light Weight race’ whereby ‘Master Ned’ ridden and owned by Mr D G Thorn, won by ten lengths over Fair Lady after being neck and neck until the last fence.

There was a sweepstake of one pound for every race and cups were presented at the end of each race. The Tote did a brisk business.

Although the going was good there were several spills, mainly due to the large field that turned out. A Ruggles-Brise suffered a broken collar bone when he fell in the second race and Captain G Morphew received head injuries in the third race. The injured men were attended to by the Laindon Division of the St John Ambulance Brigade.

Communications were maintained with two RAF planes flying over the course and spectators were invited to send and receive oral messages.

I have, as yet, not established whether this event continued during the war, if not, they certainly continued after the war well into the late 1950s.

The course, oval in shape, started more or less at the junction of Lower Dunton Road and Laindon Road at Oaks Corner, running parallel on the west side of the Lower Dunton Road towards the now Langdon Hills Golf Course; over land owned by the farmers Buckenhams. Most of the fences were the field hedges with just a few artificial ones added.

Country pursuits, I just occasionally get the feeling I should have been born a few years earlier.