Laindon Carnival 1937 had a nautical theme as can be seen from the programme entitled ‘The Goodship Carnival’. Carnival Queen, Pearl Eileen Gibb, of ‘Berily’ Victoria Road, was even referred to as ‘Brittania’ and her four attendants as ‘Midshipmaids’. Each described in detail along with their addresses in Laindon.

The programme which originally cost 3d, describes in detail the route that the carnival took on August Bank Holiday Monday and describes the event as ‘The Treasure Cruise and Laindon Carnival 1937’.

Lots of interesting advertisements for shops and businesses in Laindon are included. (Although I found one small spelling mistake. The shop ‘St Nicholas Stores’ was run by W. H. Nuth, not Ruth).

A gem of a find, now almost 83 years old and a wonderful addition to the archive. 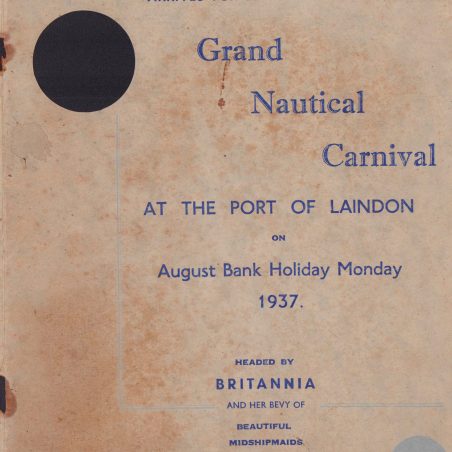 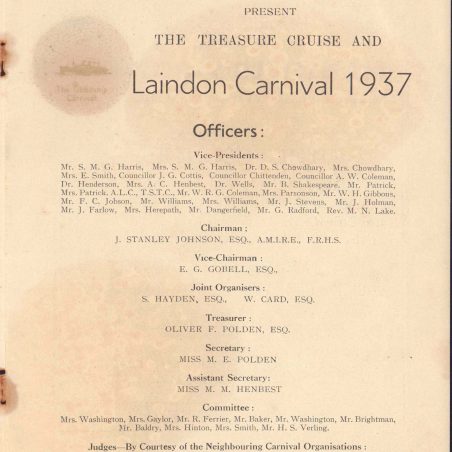 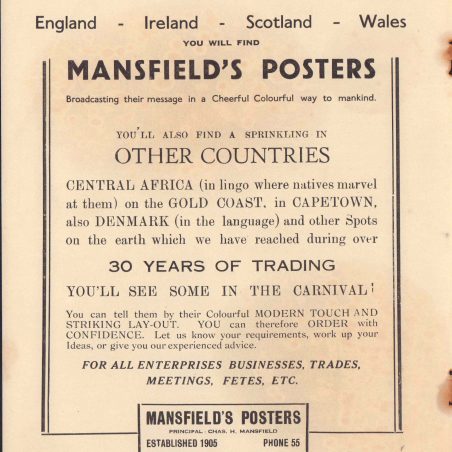 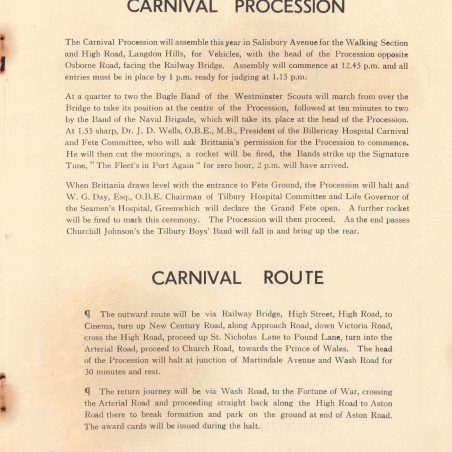 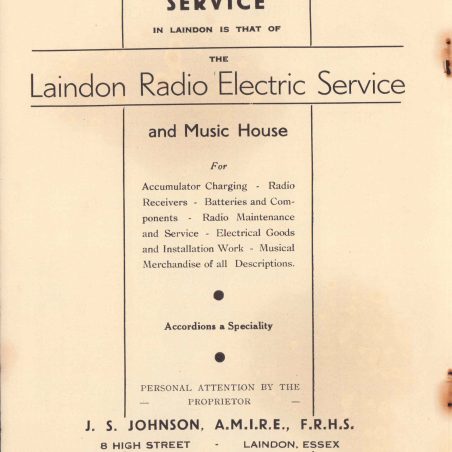 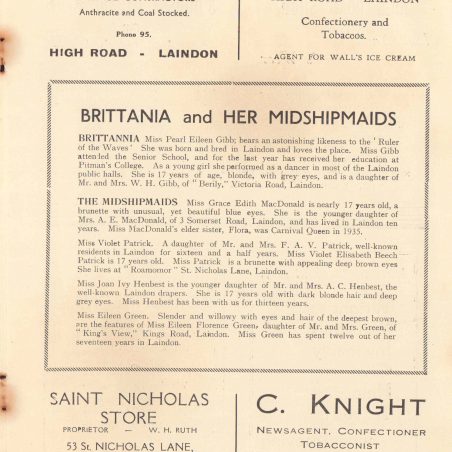 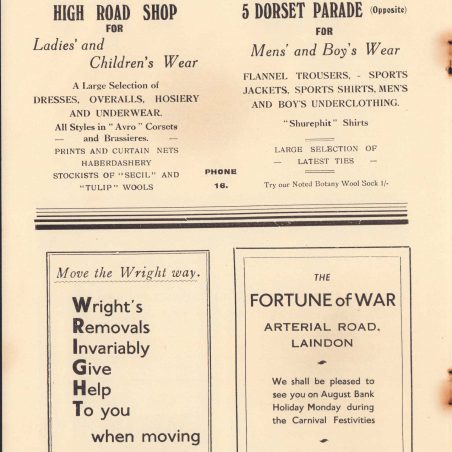 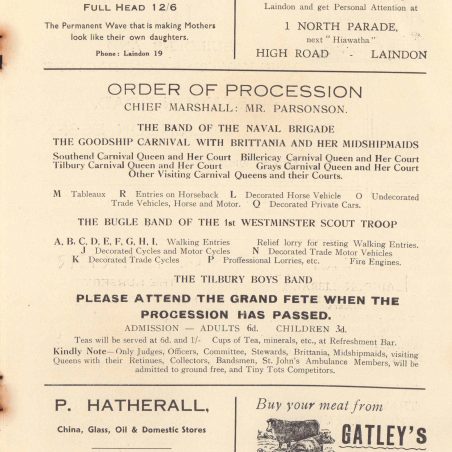 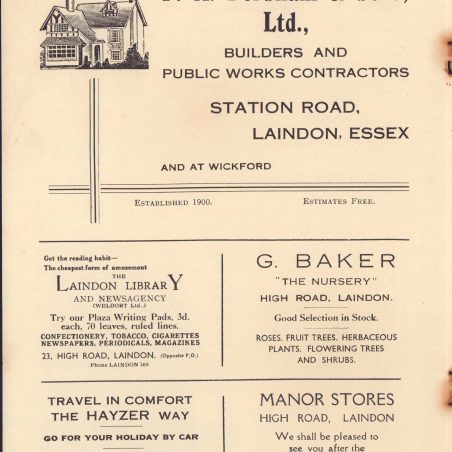 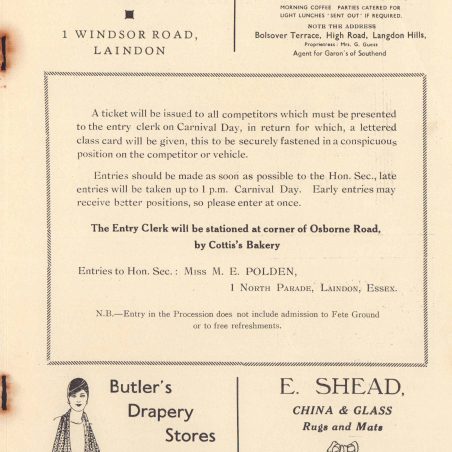 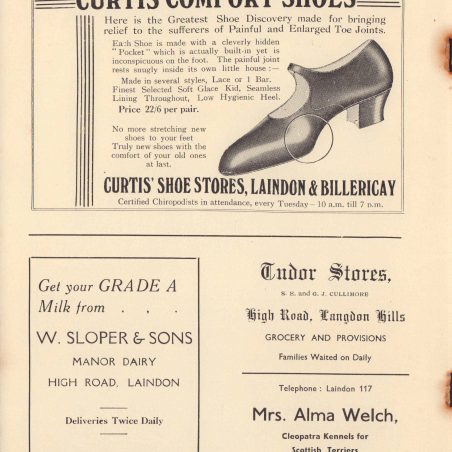 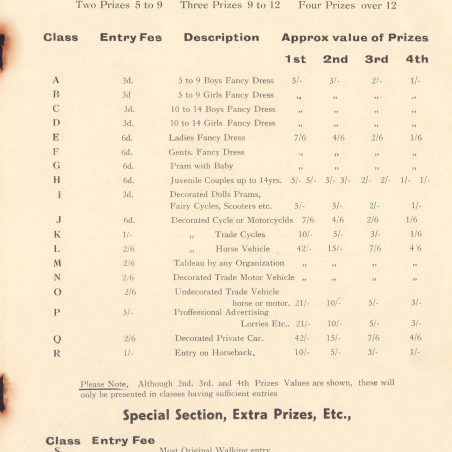 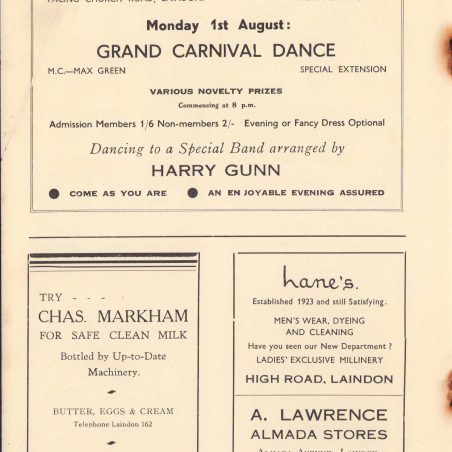 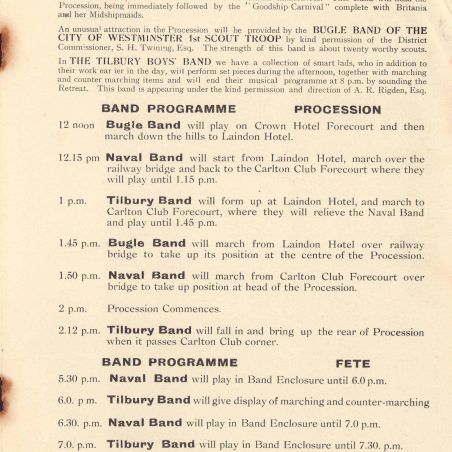 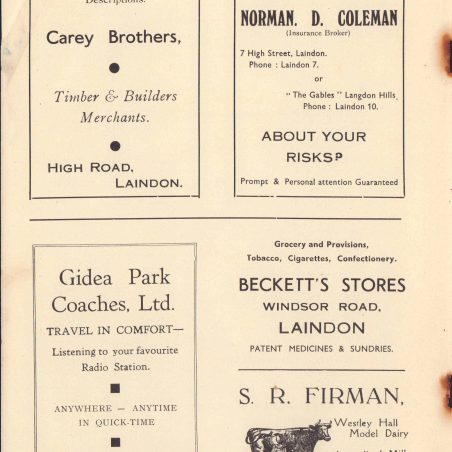 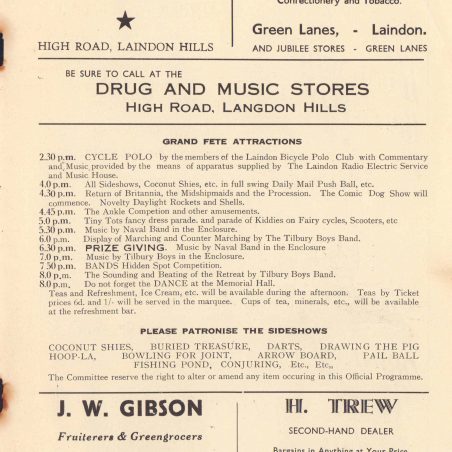 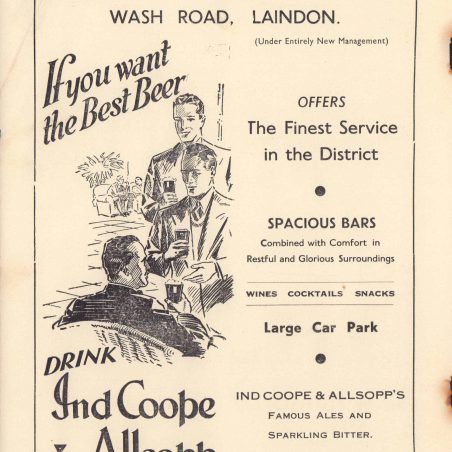 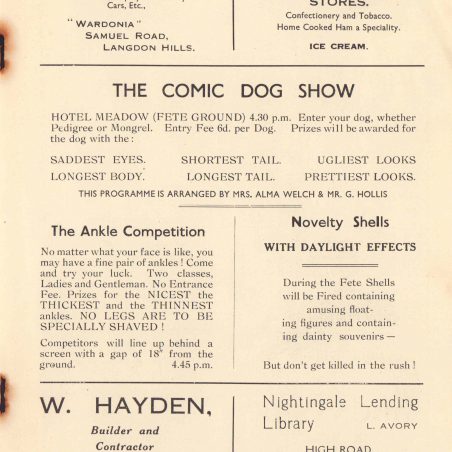 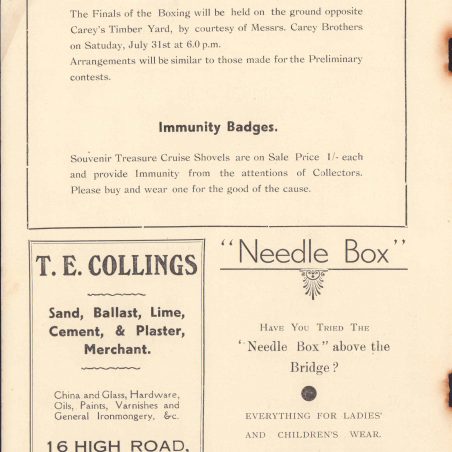 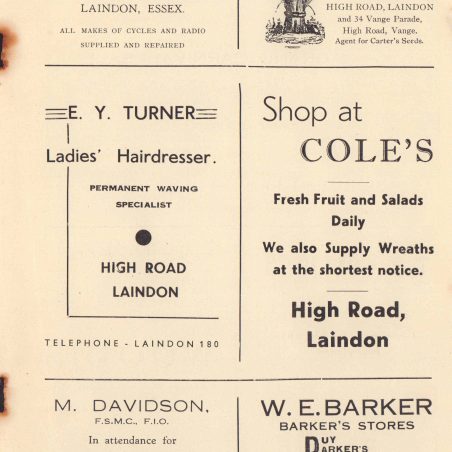 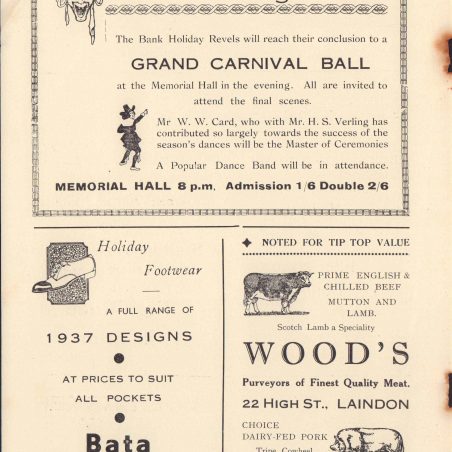 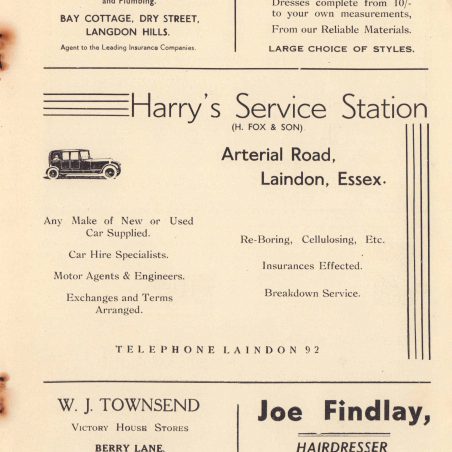 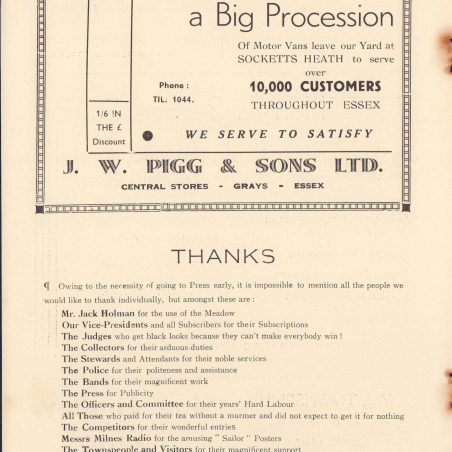 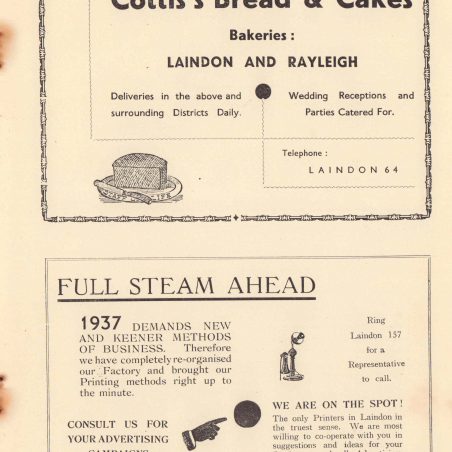 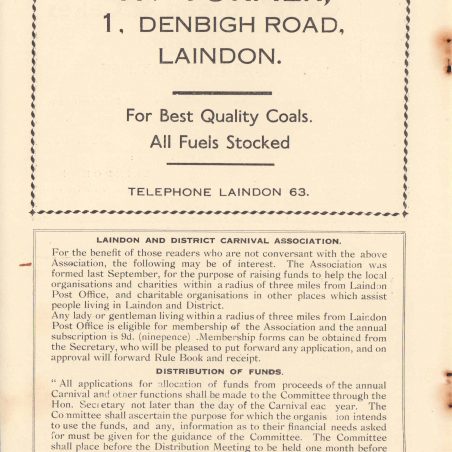 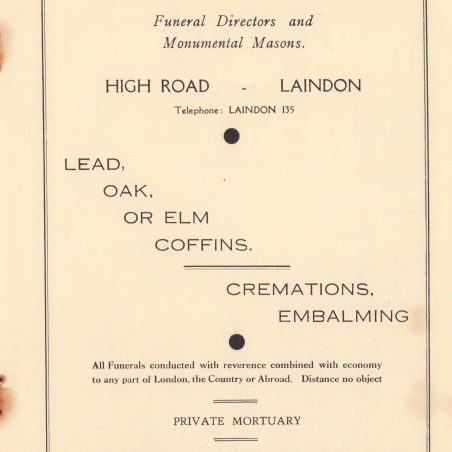 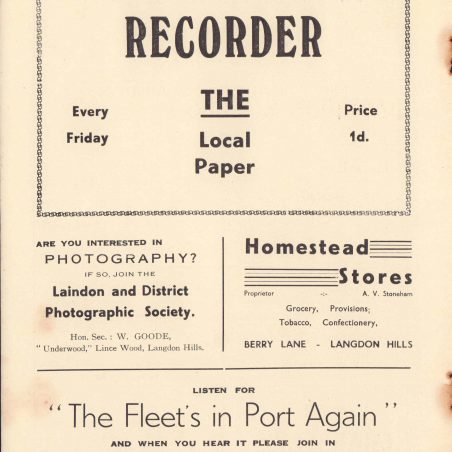 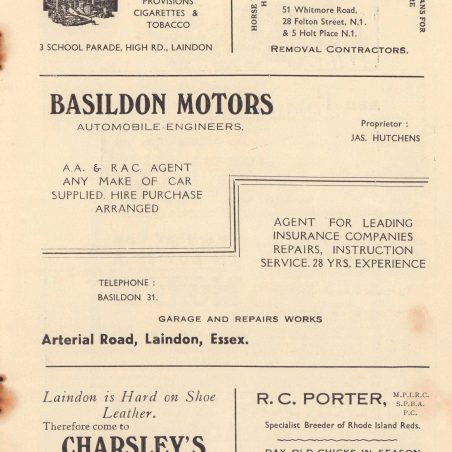 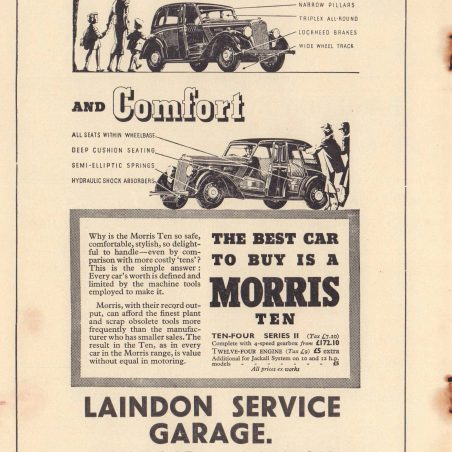 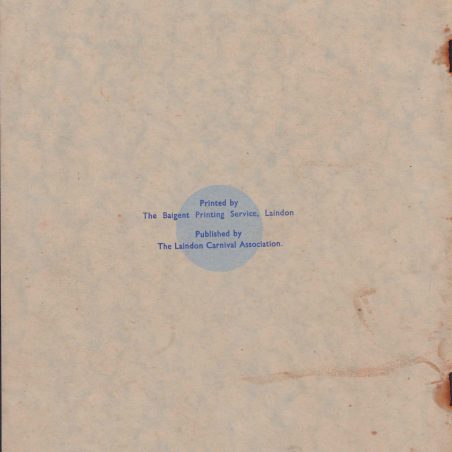