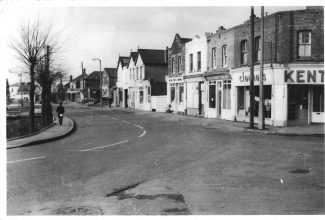 zoom
Kentex Corner with Winston Hill and the High Road 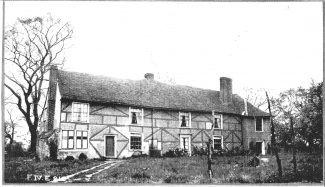 Although Henry Vlll created the Royal Mail in 1516, the story really begins in the 12th century with Henry l appointing messengers to carry letters for the government. Private individuals had to make their own arrangements. Henry ll provided uniforms for the messengers and Edward l created posting houses where messengers could change horses. Then in the reign of Edward ll saw the first postal marking; handwritten notations saying “Haste, post haste”.

In 1516 Henry the Vlll created the office of “Master of the Post” a post that eventually became the office of the Postmaster General. It was however not until Charles l in 1635 that the service became available to the public, with regular systems of post roads, houses and staff and up to the reforms of 1839/40 it was the recipient who had to pay the postages, although it was possible to prepay. The General Post Office (GPO) was officially established by Charles ll in 1660. Mail coaches were first introduced in 1784 (between Bristol and London). 1793 saw the first uniformed delivery staff. 1830 saw the first mail train on the Liverpool and Manchester railway.

It was not until 1839 when substantial reforms started with the revision of postage rates, with a short lived four penny post. This was soon discarded when the Penny Post was introduced on the 10th January 1840 and on the 6th May 1840 we get our first adhesive postage stamp with the Penny black.

1852 we see our first pillar box erected in Jersey and in the following year in mainland Britain. Bicycles were first used in 1880 to deliver the post and ever since the postal system has been continually tinkered with to we are only left with one delivery a day.

As Britain was the first country to issue prepaid postage stamps, British stamps are the only stamps that do not bear the name of the country of issue on them.

Well I am not going back to 1635 with information on who dealt with the post in the Laindon area but I can go back to 1848 not many years after the Penny Black was introduced.

Whites Directory states that for Laindon Thomas Richardson a cattle dealer received letters on behalf of the district from Brentwood and Langdon Hills letters from Romford went to James Ramples the publican of the Crown Hotel for distribution.

In 1855 Kelly’s directory reports that the post is being received by Charles Buckenham farmer residing at Laindon Ponds. The post is arriving from Billericay just before 10am and is being delivered around the district from 5.30pm. It would appear at this time that letters were being delivered to the inhabitants of Langdon Hills direct from Orsett on a Tuesday, Thursday and Saturday.

1859, Charles Buckenham is still responsible for the delivery of the post in Laindon, Langdon Hills post is coming via North Ockendon. Whites Directory, 1863 makes the first reference of a Post Office at Charles Buckenham’s abode with the letters still coming from Billericay. We see an improvement of the post service in Langdon Hills with the post coming via Romford to Samuel Westwood farmer at Goldsmiths.

1866 there is no change with the Laindon post but we see that the Langdon Hills post is coming from North Ockendon again and reference is made to the fact it is arriving by foot post – now that is some walking distance.

1874 has a John Dallistone with letters arriving from Brentwood via Billericay at 9am. Langdon Hills a little more confusing post coming from Romford via North Ockendon, arriving at 9am. The letter box in the wall cleared at 3pm and 11 am on Sundays, I wonder where this letter box was.

1882 see the post from Brentwood via Billericay being delivered to Thomas Roper, farmer, farming out of Watch House Farm in Wash Road near the cross roads of Noak Hill, Dunton Road, High Road and Wash Road an area previously known as Laindon Cross. A William Turner is receiving the post for Langdon Hills.

1894, Mrs Martha Ann Miller, husband of the local blacksmith on the corner of the High Road and Dunton Road becomes the sub-postmistress. The letters arrived from Brentwood via Billericay at 8am.William Tween is now the sub-postmaster in Langdon Hills and there is reference that the letter box in the school wall to be cleared at 4.30pm. The school is the building opposite St Mary’s church, now known as ‘The Old School House’. The building has been renovated several times since and there is no sign that there ever was a letter box in the wall. That’s not saying there wasn’t.  The sub-postmaster of Basildon at the time was Nathan Beardwell my Great Great Grandfather. Although I am led to believe from the family that it was his wife Rossetta that actually looked after the post office while Nathan concentrated on being the Groom and Gardener to Reverend Beaumaurice Stracey Clarke Rector of Laindon-cum-Basildon.

By 1899-1902 Thomas Newman has taken over as the local blacksmith and sub-postmaster, postal orders could now be issued but not paid out. In Langdon Hills  Mrs Louisa Allen carrying out the roll in Langdon Hills. By 1902 the Langdon Hills office is also dealing with Telegram and Express Deliveries.

1906 does not only see Thomas Newman as sub-postmaster for Laindon but also Kate Collings as a sub-postmistress. Her father Elijah Collings built the first shops in Laindon High Road on the corner of Winston Hill (later to become known as Kentex Corner) around the turn of the century for his family and Kate had one of them to run as a Stationers and Post Office. So it would appear that Kate Collings had the first official Post Office building in Laindon High Road.

We find that in the 1911 census, Kate Collins is listed as Post Mistress at Laindon Station Post Office, we also find Edwin Charles Andrews working and living at the post office as a servant.  A few months later, on the 24th May he married Kate at Laindon Baptist Church, Langdon Hills. Edwin’s occupation is described as Drapers assistant and Kate as Post Mistress. Kate was 11 years older than Edwin and unfortunately died at the tender age of 58 in early 1935.

Edwin remarried Ethel Alice Victoria Wicking at St Nicholas Church, Laindon on the 11th July 1936. His occupation at the time of his marriage is registered as Post Master. The question is, had he taken over the Post Office prior to Kate’s death or afterwards and when did the Post Office move to its new location on the other side of the High Road. Questions to be answered?

To read more on the story of Laindon post offices and post persons may I suggest you go to the search box at the top of the page (top right hand side) an enter post office.