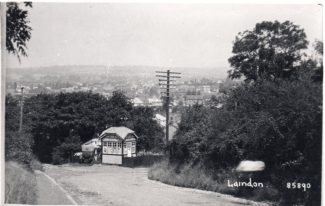 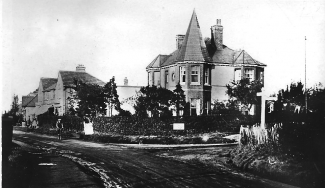 The history of those townships, that of “Laindon” to the west (composed of the parishes of Laindon, Langdon Hills, Lee Chapel and Dunton) and that of “Pitsea” to the east (Pitsea, Vange, Bowers Gifford and Nevendon parishes) is, because of the way in which they evolved, endlessly fascinating. The evolution of both communities resulted in the development of a unique period of social history now known as the “Plotlands Era”.

The following series of articles entitled “Lovely Laindon” relates to the evolution of the western community and attempts to highlight some of the motivations for the expansion of what were initially only sparsely populated agricultural parishes into a specific township in the comparatively short period from the 1880s to the 1950s.

Faced with the problem of disposing of the redundant farmlands they had purchased after the arrival of Laindon station in 1888, the landowners and estate developers of Laindon, Langdon Hills. Dunton and Lee Chapel resorted to many stratagems to sell off the many building plots they had acquired. Chief among these was the widespread advertising throughout the London area, particularly in the boroughs of East London and the built up areas of Essex that fringed it.

One of the earliest of the estate agents upon the scene doing their utmost in interesting people in obtaining land in the Laindon area was Henry W Iles who had offices in Devonshire Square and at Dalston London as well as at Billericay and Rayleigh Essex. Attempting to interest purchasers in his freehold building land on a new “Laindon Station Estate” set out on the remains of Little Gubbins Farm which included, his advertisements said, land with “good frontages on the road to Billericay (namely. Laindon High Road), Iles it was who, perhaps first made reference to the beauties of what he referred to in the advertisements as Laindon Hills, an area that was, it was claimed, celebrated for its scenery and extensive views. This seems to have set the pattern for much of the advertising that followed.

As has already been shown in other articles, it is highly unlikely that it was ever suggested to potential purchasers that moving to Laindon and its environs would offer good educational advantage to the children of newcomers given that the provision of schools places in the area lagged well behind any rise in child population, never the less there is plenty of evidence that the sort of argument suggested by Isles that returning to a picturesque rural area, like Laindon brought with it advantages of visual attraction as well as both a healthy and clean environment which could well have a particular appeal to families .In any case, such arguments coincided with the emergence of a general tendency of the period that saw a pronounced and determined movement to restore England, in particular, to a rural economy. This was to lead eventually to the setting up of organisations like the Campaign for the Preservation of Rural England (founded in the 1920s), although throughout the period from 1890 to 1910 there were many attempts to re-establish in the UK a pre-industrial way of life reflecting what many saw as a long-lost Arcadian existence.

The question of the best advertising approach to the task of  “selling” Laindon to the wider public is probably encapsulated in the efforts of the Langdon Hills based estate agent, Harry E Bebington whose home occupied a site which has become the iconic symbol for the whole Plotlands era. His bungalow  (“Primrose”) with its strategically positioned estate office marking the exact junction of High Road, Langdon Hills with Berry Lane was situated in such a location as to excite the eye of any visitor to the area, who, descending at speed along the High Road from the “Crown” Hotel at its summit, was often confronted with a breath catching view across the valley floor of the infant Crouch to the higher ground in the background upon which Billericay stands. This view obscured the otherwise somewhat ramshackle nature of the district’s development with its miles of un-made-up roads that were to lead to the area being dubbed as a “rural slum”. It was also the view that the Basildon New Town developers decided should be eliminated when the route of High Road, Langdon Hills was varied at this point and Bebington’s small attempt to leave his mark on prosperity was lost forever.

In his attempts to dispose of his land holdings, and that of others that he represented, H.E. Bebington’s prolific use of advertising inclined to expounding the beauties of the area, thus reiterating the earlier views expressed by Henry Iles and those of fellow land agent Henry Foulger who lived at the house named “Greenhaugh”, on the corner of St Nicholas Lane and Laindon High Road, a building that later, having been renamed “Hiawather” became iconic in the district and who had published a booklet entitled “A Guide to Lovely Laindon”, which despite all of the area’s obvious shortcomings that removed the icing from the cake of the reality, extolled the district’s attractions. Bebington made frequent allusions to the pleasant views, particularly that across the Thames Valley to the Kentish Hills, that awaited his customers appear in many of his advertisements particularly as he attempted to attract attention to the Northlands Estate off Dry Street that was proving to be a particularly difficult “sell”.

Whether it was because of the target towards which sales of the “building plots” was being directed, the relatively impoverished eastern area of London, or the fact that disposal of the land in the area was in competition with so much other land in South Essex seeking buyers, sales in Laindon where the great hope had for the establishment of a permanent community as speedily as possible proved slow and it was not until the 1920s and 30s that the resident population began to expand. What did flourish was the sale of a considerable number of “plots” for use mainly at weekends and holidays and, in consequence, Laindon did remain an area that attracted a transient, tourist element consisting of day, short-term and holidaying only visitors. ”Lovely Laindon” thus remained a seasonal attraction for years, recommended for its countrified views, for the bluebells that littered the road every spring before picking was protectively made illegal and for the hordes gathering the free harvest of autumnal blackberries along the now long disappeared hedgerows.