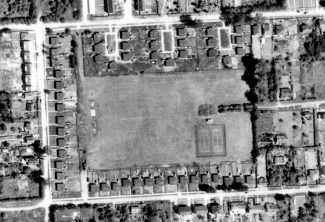 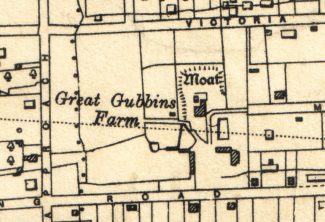 Recently Colin Ferrier posted a query on the Community Message-Board, in it he asked about some of the structures on the recreation ground adjacent to Railway Approach.  I’m afraid that I can’t shed any light on what these structures were but have attached an aerial photograph of the area taken around 1960 and a corresponding section of a 1938 O.S. map, in the hope that they will jog someone’s memory

I have copied Colin’s query below:

Apart from the swings and roundabout in the “little rec” behind the prefabs there was, in the middle of the playing field (towards Manor Road) a very large circular mound about a metre high. Has anyone any idea what it was, also behind the prefabs (also in the rec) at the Worthing Road end of Railway Approach there were huge reinforced concrete boulders. What were they doing there?