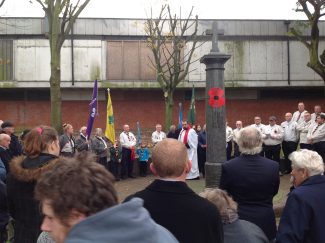 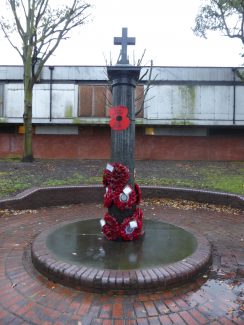 Unlike the majority of remembrance services held around the country at the various War Memorials at 11am, Laindon remembers its fallen at 3pm, the reason for this is historical.

This years’ service was officiated by Reverend Andrei Petrine, vicar of St Nicholas Church. Dudley Naslund member of the British Legion read out the ‘Ode of Remembrance’ which is taken from Laurence Binyon’s poem “For the Fallen” which was first published in the Times in September 1914:

They shall grow not old as we that are left grow old:

Age shall not weary them, nor the years condemn.

At the going down of the sun and in the morning

We will remember them

The Last Post was played, then a two minute Silence followed by The Reveille.

The service ended with the singing of the National Anthem.

There was a very good turn out with well over 100 people attending.