You are here: HomenextAreas and PlacesnextLaindonnextThe Carnival Cup Arrives Home 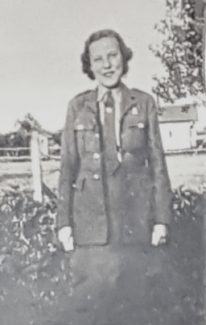 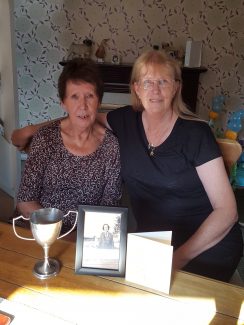 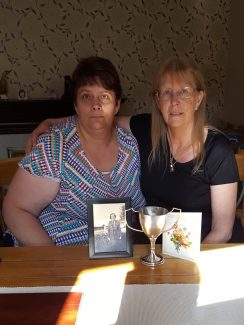 I am delighted to announce that the 1939 Laindon Carnival Cup presented to Carnival Queen Joan Bowyer has arrived home and now resides with her daughter Janet.  I copy Janet’s comments below:-

Well, we are 8 months along, and I am pleased to announce that the little cup is home. I just sat and looked at it for the longest time. I pictured my mum, Joan (nee Bowyer) holding this little cup and feeling a bit proud. Without the help of two very special people, this little cup would never have come to light, or been returned. So massive thanks to Ralph Hawkins, who’s curiosity started the little cup’s journey. And then his contact with the College Club of Boston really set the wheels in motion. Then there’s a huge thank you to Christine Chamberlain, the chairwoman of the College Club, and her colleagues who agreed that the little cup should come home.

I am humbled by the kindness of these complete strangers who had no reason to do what they did. Just goes to show that there are still some lovely people in the world.

We’ve still no way of knowing how this little cup travelled so far, but it has found its way home and will be handed down to family members, with the most amazing story to go with it.

I am happy to send my photos to you, so people can see the little cup back home.

The first picture is of my mum taken about a year after she was the Laindon Carnival Queen in 1939. She was 17 years old and had joined the army.

The second is my sister Linda (nee Cudbill) and myself, and the third picture is of my niece Michele and myself. Both pictures are with the little cup and a picture of mum.

Thank you for airing the story and for all the help.

If there is anything I can do for you or help you with, please do not hesitate to ask. Still love the site and am finding lots that bring back memories.

Janet’s photos nicely round off this amazing story. Janet, I’m sure I recognise your sister Linda.  Hardly surprising seeing there is only 3 years between us and I used to live in the Bourne Avenue area!

Many thanks again from myself and the Laindon and District Community Archive.