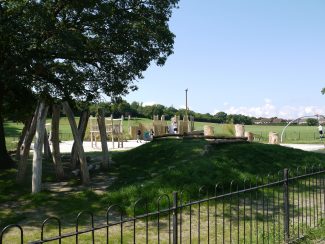 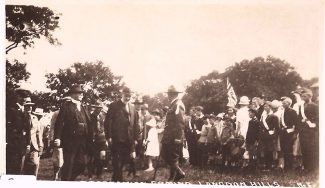 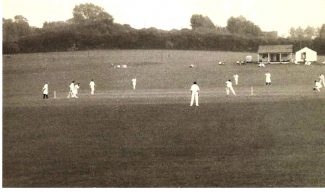 zoom
Cricket in the Park-1950s

“If you go down the park today” you might be pleasantly surprised to see the impressive revamp of the play area but how many of you remember those heady days of the 1950/60s when you could have a paddle or slide down a really high slide – Oh! Those happy days before ‘health & safety’.

Who remembers the old cricket pavilion at the top of the park where there is now a bench or the tennis courts during the 1970/80s before the vandals wrecked them? Toilets that were always opened, the park keeper that kept you all under control.

One clear memory I have goes back to when I was twelve and living in Pound Lane, Laindon. I was out cycling with two friends when we came to the top of the park. It was late afternoon  and we knew that our parents would be worried where we were. So ignoring the large sign “Cycling Prohibited” we rode across the park to the large gates at the bottom of New Avenue .

Waiting for us was the Park Keeper who reprimanded us for riding across the park and told us to stay put as he had called the police. The constable appeared on his bike took our details and said we would be hearing from them.

When I got home my mother who by now was very angry sent me straight to bed but she was a real softy and soon came to see if I wanted any tea and why I was late home. Naturally I told her and she said not to worry. Several days later we received a two page letter from the police. Well nobody told my mother’s children off other than her. She immediately went down the station and had a few strong words with them about wasting everybody’s time.

I still wonder if I have a criminal record.

The park itself came into being in 1926. The Wheaton family who had been farming out of Langdon Hall since the early 1890s, the Hall and land had been leased from Oxford University who had owned it since the mid 1600s. By 1924 they had completed the freehold purchase of the Hall and land. Then in 1926 they offered the local Parish Council a field of sixteen acres for a recreation ground at less than cost.

The Council accepted the offer and purchased the field for £250 and on Monday 2nd August 1926 the new recreation ground at Langdon Hills was declared open by Lord Lambourne, Lord Lieutenant of Essex . The gates where given by Mrs and Miss Wheaton.

It was proposed to lay out paths, flower beds, to erect a bandstand, lay down tennis courts, three football pitches, two cricket pitches, a bowling green and a complete natural swimming pool.

Well we got most of it, one cricket pitch with a Pavilion, two football pitches, children’s play area, two tennis courts and a paddling pool. Neither the bandstand or bowling green materialised but we still got a beautiful park that will continue to benefit generations to come.

The only memory we have today of the Wheaton family is the name of an old plotland road. It is the second avenue running parallel with the park at the top of the ground ‘ Wheaton Avenue ’. Just below the ‘Cow Fields’ for those in the know.