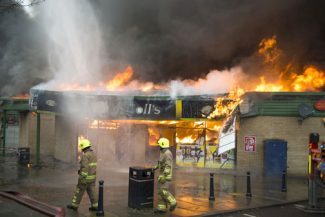 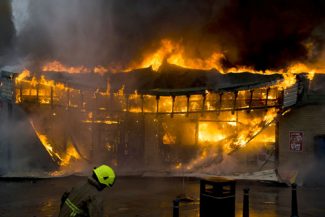 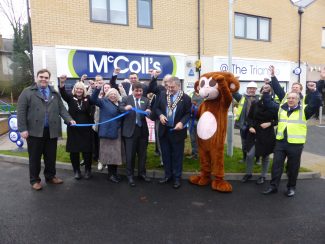 The complex consisting of four shops was destroyed by fire for the second time in January 2013. The new complex will have six shops: McColl’s convenience store which is already open and includes a post office, Domino’s Pizza which should be open any day, followed by a fish shop, café, beauty parlour and estate agent in the very near future.

The complex also includes five flats (four two beds and one, one bed) along with additional parking.

There was a surprising number of spectators celebrating the opening with McColl’s ‘Monkey’ amusing the children and a McColl’s gift bag for the children. Along with the odd glass of wine for the adults. Both Stephen Metcalfe and the Mayor gave short speeches with the final comment from the Mayor: “We had the fire but if you forgive the pun, we have now got the phoenix rising from the ashes.”