One name or two (Laindon and Langdon Hills) 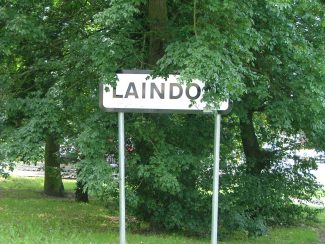 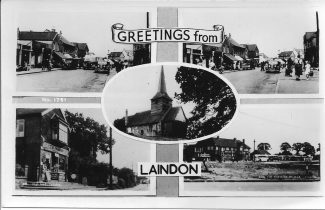 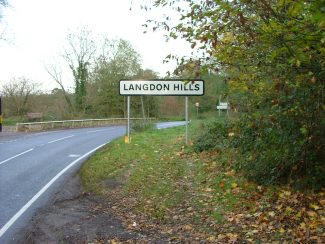 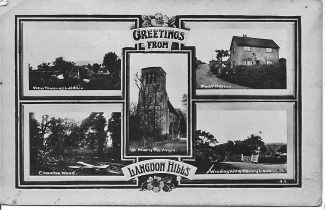 Laindon and Langdon Hills one parish or two? Why the question? We know it’s two but that has not always been the case. C E Livesey, rector of St Mary and All Saints, Langdon Hills in his publication “A History of Laindon and Langdon Hills”, 1931, makes it clear that the two parishes prior to the Norman Conquest (1066) were initially under one Lordship, being Alric, a thane of Edward the Confessor (1042-66). However, as the forest of these parts were cleared and land values increase it was divided into two Lordships, which subsequently became parishes.

However, E.C.Telford rector of Langdon Hills in his notes in 1951 on the two parishes believed that Laindon prior to the conquest was held by a woman called Alfereda and Langdon Hills by Alric, but by the time of the Domesday Book (1086), the Manor of Langdon Hills was being held by the Suene of Essex and his under tenant Walter. Laindon had been given to William, Bishop of London.

This Book gives Langdon‘s name as ‘Langenduna’, Saxon meaning Long Hill and Laindon as ‘Legenduna’ derived from the river Lyge which rose from St Nicholas Hill and was a small tributary of the River Crouch – long since disappeared. The Laindon name would seem to mean ‘The Hill of the Lyge’. Don (Duna) being the Saxon word for hill.

If we were to  translate Langdon Hills back to its Saxon meaning we would have ‘Long Hill, Hill’ so it would appear that Hill has either been added ignorantly or to distinguish it from Laindon. Why because though they were by the time of the Domesday survey separate parishes. Historians, map writers, parish governors etc, continued to interchange the names.

D.W.Coller in his “History of Essex” 1861, brackets the two names together and gives them the meaning of ‘Long Hill’, but there is no doubt that he is wrong as we have seen that both names spring from different roots.

Muilman in his “History of Essex by a Gentleman” 1772, refers to both being called Langdon. Morant in his “History of Essex” 1768, and Chapman’s and Andre’s map of 1777 refers to Laindon as Langdon Clay. Morant also talks about Langdon Manor in Laindon as well as Langdon Manor in Langdon Hills. This is understandable because the family of de Langedon held Langdon Manor from around 1200 to 1380 and during part of this time members of this family also held Laindon Manor.

Also the parish governors in their minutes of Parish Vestry meetings and official parish documents, local newspapers frequently refer to Langdon Hills as Laindon Hills right up to the twenty-first century.

It has not been helped by the fact that historians believed that the parishes butted up against each other. This was not the case for centuries, the parishes of Little Burstead and Lee Chapel intervened, in fact Laindon Station appears to have been in the parish of Little Burstead which came up as far as Samuel Road , taking in Vowler Road and parts of Berry lane.

It was not until boundary changes in 1957 that the railway line became the natural boundary between the two parishes and with the new name signs there should now be no confusion.

Unfortunately I still hear people refer to Langdon Hills as Laindon Hills, due I believe to bad pronunciation and our lazy English tongue.