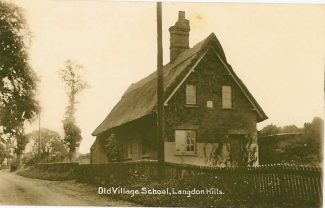 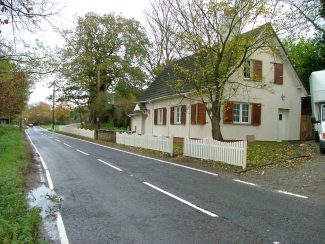 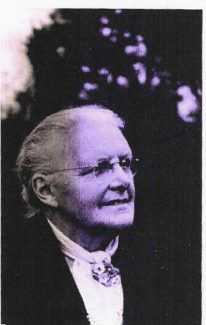 During the 1800’s it was the responsibility of the church to provide education to the parish children. The Reverend John Moore, rector of Langdon Hills, sent a report to the County Authorities in 1807, “There are no schools in my parish for the educationof the poor” but it was not until 1834 before a school was built on the north side of the church in the crook of the ‘L’ made by the nave and north transept. The north window was bricked up but when the school building fell into disuse and destroyed the window was un-bricked.

A new school (The Old Schoolhouse) was built in 1860 on a piece of waste land by the road side, at a cost of £200. The land was donated by Mr J Dimsdale of Goldsmiths Manor. The building was substantially built of red brickwork, thirteen and half inches thick up to the eaves reducing to nine inches to the gables, the roof was thatched. There was one main room where the teaching took place, a kitchen which had stairs that led to a bedroom the same size as the kitchen. The kitchen and school room had a back to back fireplace with another in the bedroom.

In 1880 it was considered too small by the Council of Education and a 10ft extension was built at the northern end at an additional cost of £50 and soon afterwards another outside toilet was built at this end of the building.

Sir Joseph Dimsdale, son of Mr J Dimsdale in 1899 provided at extra piece of land for a playground. When he became Lord Mayor of London in 1901/2 he invited the school children to the Mansion House to witness the Coronation Procession of King Edward VII and Queen Alexandra and at a later date for lunch at the Mansion House. Each child was given a silver medal in a red morocco case.

The school came under the auspices of the National Society. The society was formed on the 16th October 1811 and at its first meeting its aims were outline in the following statement. “That the National Religion should be made the foundation of National Education and should be the first and chief thing taught to the poor, according to the excellent Liturgy and catechism provided by our Church.”  The society was the Church of England’s principle agent for the establishment of Anglican schools in England and Wales and continues today to have an important role supporting the Church of England and Wales schools and their teachers.

The first schoolteacher was believed to be Mrs Eliza Seaton and the last Mrs Fothergill, who subsequently became the first head teacher of the new Langdon Hills Board School that was built in 1911. Board schools came into being following the 1870 Education Act.

After the closure of the school in 1911, the building stayed in the hands of the church, being rented out first as a home, then used by a potter in the 1970’s and finally by the church as tea rooms until it was sold in 2001. The thatched roof unfortunately disappeared in the 1960’s.The building has been renovated and is now a very desirable property.