You are here: HomenextBuildingsnextCafe'snextEnefer's Cafe

Previously on the site of McDonald's by the Fortune of War roundabout. 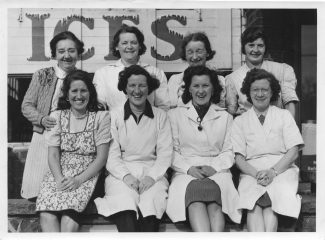 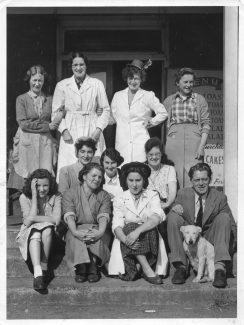 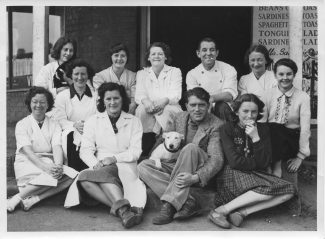 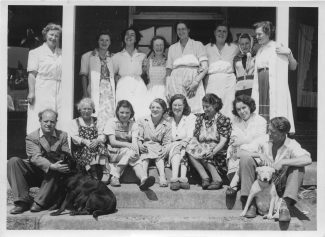 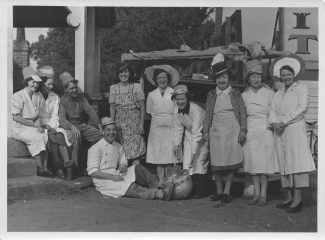 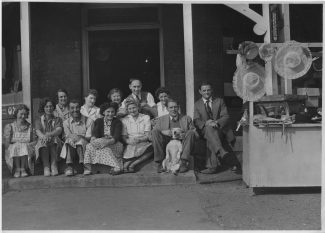 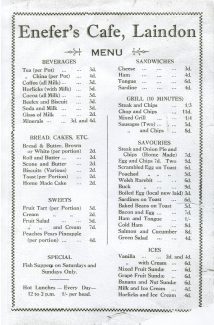 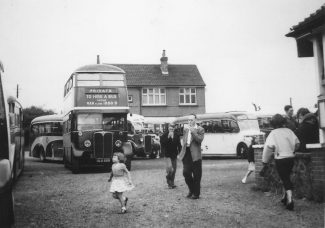 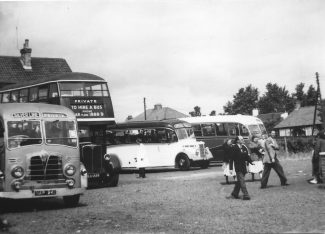 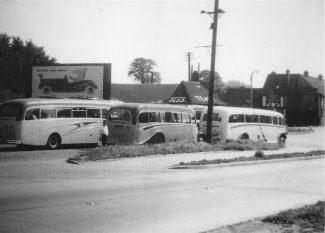 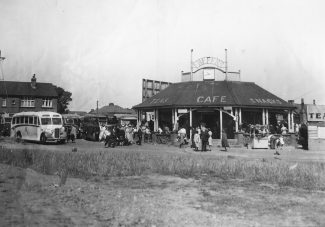 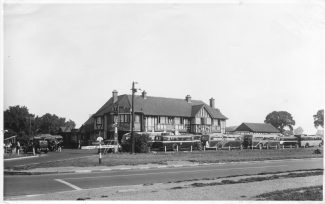 Staff photographs taken during Enefer’s heyday. The Christensen family ran it between 1945 & 1971. The high number of staff employed reflects the volume of trade enjoyed by this enterprise. I believe the photographs were taken by Bill Burrough, a local photographer who lived in nearby King’s Crescent and whose wife worked at Enefer’s. The “kiss-me-quick” hats were very popular with the weekend coach trade.

Note: Robby and Toni were sisters and both in the Dagenham Girl Pipers.

This sample menu shows what good value was on offer.

The food and drink had to be served very quickly as lots of the trade came from the many coach parties quick breaks on route to Southend for the day.

Those requiring stronger drinks used to nip across to the Fortune-of-War public house on the opposite corner of High Road North (now flats).  The Fortune-of-War car park was also packed with many coaches as well.  This photograph was taken much earlier, probably in the 1920’s as the A.127 is still a single carriageway and was not made into a dual carriageway until 1936.