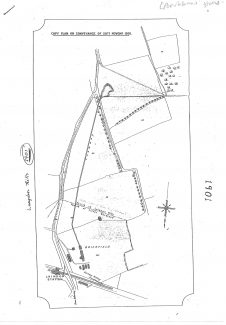 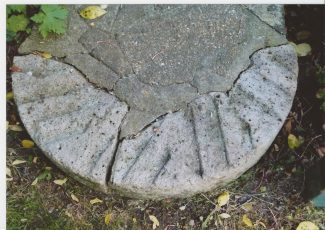 The brickfield although on the Langdon Hills side of the railway line was actually in the Old Parish of Little Burstead. The Parish boundary of Langdon Hills and Little Burstead was in the vicinity of Vowler Road. Today the area is occupied by a home for the elderly, Catholic Church and small industrial units prior to this is where the Laindon Clinic was.

The limited information we have is extracts from a letter from Mr William H Cullis Jr that was published in St Mary’s Church Magazine, July 1964 and from Rev Telfords manuscript on the History of Langdon Hills in conversation with Mr Cullis.

Mr Cullis family moved to a wooden-constructed called the Light House in Lee Chapel Lane then called Oxford Street in Langdon Hills around 1898/99.

His father also William Henry was the manager of the brickfield, who had a water-reserve pool dug just down the bank from the bridge.

The brickfield was owned by a Mr A Robinson Parker, who lived in a white house on Crown Hill, opposite Lee Chapel Lane – Butlers Grove House. The clay for making the bricks was dug out from a pit nearly halfway up Langdon Hill in an area just above the current Triangle Shop, west of Berry Lane where the Church estate now is.

The clay was carried to the sheds by a small railway line. Usually two trucks were chained together and the slope of the track on the hill gave gravity propulsion with a man standing on the step of the back truck, his name was “Ratty” Collins.

There was also a small siding that that took the bricks in wagons on to the main Southend to Fenchurch Street line.

The machines for brick making were driven by a steam engine and operated by Mr Thurgood.

The bricks were dried in drying tunnels and these remained several years after the rest of the works were pulled down. It is possible these were used for a time by a paint making company.

To try a confirm some of the above I searched the Census records and I find in the 1881 census William Jr grandfather (William Cullis) was brick maker living in Hampstead. His father was also employed as a brick maker. Moving on to the 1901 census we have his father now a manager of a brick maker concern. William H is 8 months old born in Langdon Hills but on the day of the census the family are living near Rye, East Sussex. The question is, was the family away on holiday at the time of the census. The 1911 census has the family living at Homehurst, High Road, Station Road, Laindon and William Senior is now a fishmonger. William Junior is still at school.

The 1901 census also has other labourers working at the brick works – George Hammond living in Dry street and a Benjamin Hammond living at Well Green, Dry Street .

Was unable to find A. Robinson Parker but did find in the 1901 census a William Parker living at Butlers Grove but there was no mention of him being involved in brick making. There was a Henry Thurgood living in Dry Street , occupation labourer, he could be our one working in the brick field.

What I find strange is that Kelly’s Directories that cover this period do not mention anything about brick making going on in the area. Nor is there any reference in the book ‘Brick in Essex’ by Pat Ryan published in 1999 of brick works in this area. He does however make reference of a brick and kiln field with a pond shown on a 1797 map and listed in the tithe award of 1841 of fields named Kiln Field etc. These fields appear to be part of the Goldsmith estate on the South side of Langdon Hills.

From the information I have been able to find, it would appear that the brick making enterprise only last a few years and was certainly gone by 1911. I have however been told that the bricks had the mark ‘Laindon’ on them.

The photograph is the remains of one of the mill stones that would have ground the clay into particles for brick making and are in the path of Len Carter back garden. He found them laying around and thought they might come in useful.