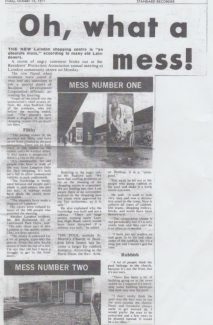 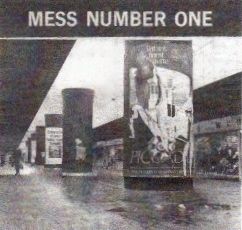 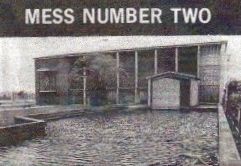 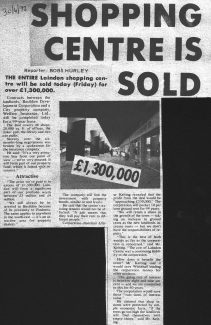 John found this cutting from the Standard recorder and it just shows that the Laindon Centre was like so many other BDC “what you need developments” a disaster from the beginning. We hope that the current round of “we will provide the community with what they require”, if it ever occurs, actually provides the Laindon Community with something they can be proud of.

The following is a transcript of the article
STANDARD RECORDER

THE NEW Laindon shopping centre is “an absolute mess,” according to many old Laindoners.

A storm of angry comment broke out at the Residents’ Protection Association annual meeting at Laindon community centre on Monday.  The row flared when residents were asked if they had any questions to ask a special panel of Basildon Development Corporation officials, attending the meeting.  Target of the attack was the corporation’s chief estates officer, Mr. Alan Radford. One of the residents, who left before the meeting ended, said: “The planners have made a disgrace of the new shopping centre. It’s an absolute mess.”

“The paving stones in the precinct are filthy and have never been cleaned in the past two years. There are no hydrants in the centre so the stones can’t be washed down. It also makes if dangerous if there’s a fire in the shops.  “It’s inaccessible for old people who have to walk all the way from Langdon Hills for their shopping. It’s built on a hill to allow commercial vehicles to park underneath.   ”The footbridge is hardly used because old people can’t climb it, and others are just too lazy. A subway would have made the centre more accessible.   ”The planners have made a disgrace of Laindon.”  His views were echoed by many of the 200 people who attended the meeting.

Another Laindon resident, Mr. Bill Richmond, 65, of Lincewood Park Drive, said: “The only clean part of new Laindon is the public toilets. They are kept spotless.  ”The centre is awkward for a lot of people, especially the elderly. Even the new Health Centre is built on top of a hill, I’m not that old but I have a struggle to get to the front doors.”

Replying to the angry critics Mr. Radford said: “We have had staffing problems as far as the cleaning of the shopping centre is concerned. We are looking into that. I am aware there is no convenient hydrant in the shopping area but plans were approved by the fire authorities, so it is safe.”   He also explained why the footbridge was built and not a subway. “There are large sewers running under Laindon High Road, which would have been disturbed if a subway was built,” he added.

THE POOL outside St. Martin’s Church in Basildon town centre has become a target for rubbish dumpers. According to the Rural Dean, the Rev. Arth ur Dunlop, it is a “cesspool.”

This week he hit out at the people who dump rubbish in the pool and make it a town centre eyesore.   He said: “It used to look very nice and was a decorative asset to the town. Now it collects all types of rubbish. Old prams, shopping trolleys, bricks, and wood have been thrown in it.   ”The corporation cleans it out periodically but it’s a very costly task, and they can’t do it as of ten as is needed.   ”I have put my waders on and gone in to try and clear some of the rubbish, but it’s a long job and I haven’t got the time.”

“A lot of people think the pool belongs to the church, because it’s out the front, but it’s not ours.   ”There has been a lot of building going on in the town centre so I suppose it’s inevitable some building materials find their way into the pool.   ”I don’t really think the pool was the best way to use the area outside the church. Pools and fountains always seem to get messed up. I would prefer the area to be concreted and a few trees to be planted instead. It would be a lot tidier.”

Editor: The newspaper cutting below was added after this article was originally published.