One of the last remaining Commercial Buildings in the High Road

There have been a number of references to the Winston Club and the part it played in the social life of the members of our community. 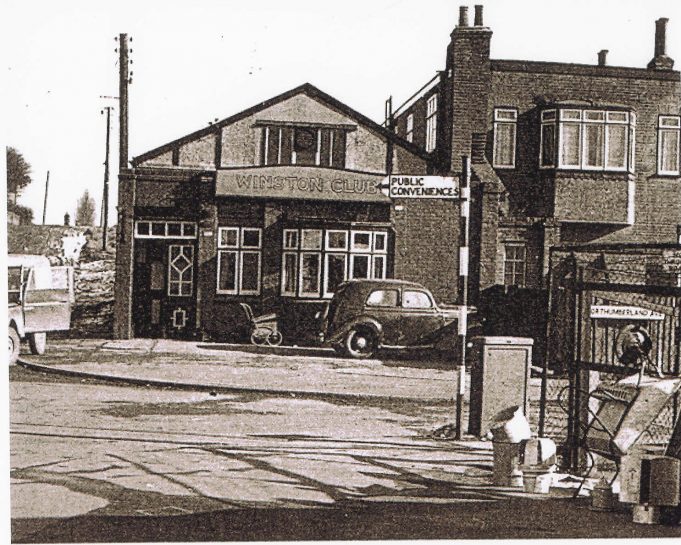 The Winston Club before The Corporation got to work

The Winston Club is one of the few remaining old buildings left in Laindon. It has changed its name over the years and I am sure that our contributors will tell the full story.

I will collect the contributions already submitted in other articles to get this started. 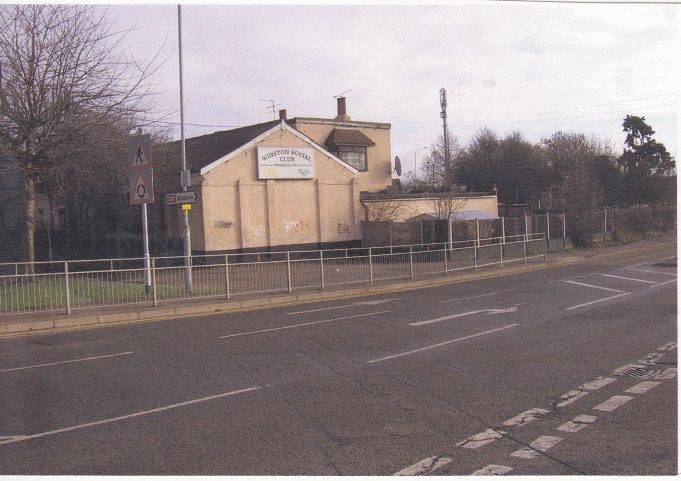 My father was always known as Nobby Sewell although his name was Fred. Maybe you may remember him because he would sing every Saturday in the Winston club near the railway station. I would sit in raptures when he sang “daddies little girl” to me. We had a great Christmas party there for all the members’ kids every year. It was the highlight of our year then.

My grandad Mr. Jack Davies also ran the loan club there so people could pay money in all year round and then draw it out for Christmas for extra money and also have small loans out through the year for little emergencies. He was a very popular and trusted member. 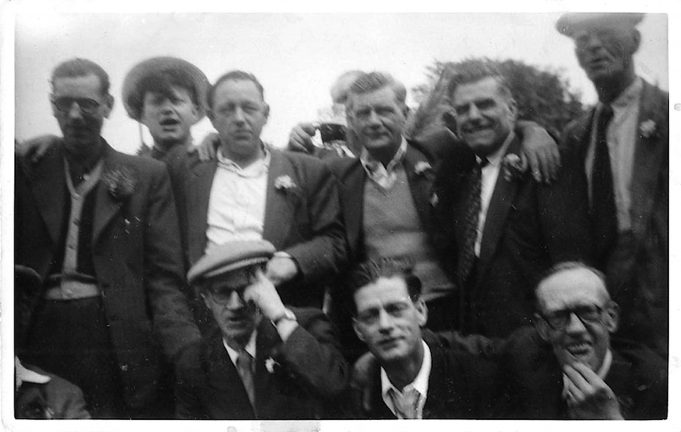 For as long as I can remember my Dad was a member and in fact became a Life Member eventually. I remember that the men used to go on a “BEANO” each year and before they left in the coach the men used to toss out sweets and their loose change for the kids to collect. We loved that and collected some tidy sums. I also recall going to the club Christmas parties and the little gifts all the kids got. Later (around 1959) Mum & Dad would take me and my younger sister to the club which was dance night Mum & Dad loved to dance. Jill & I would just watch and listen to Sid Blackwell playing the piano and singing (after he had a few pints). The Club at this time was run by Ted Burton (Snr.) and then by Ted Burton (Jnr.) and the last time I went there (maybe 1990) by one of the daughters and her husband. May still be the case?
I recall Dad’s drinking buddies were ‘Nobby’ Clark, Sid Rosser?, ? Gibson, whose sons were Trevor & Ivan, and I think he was the rival removals company to Jeakins. One year when on a visit from Australia (around 1976) I won the jackpot on the ‘one armed bandit’ in the club. It is great that in my memory, externally, it is one things that had not changed a great deal in Laindon.

Jean Pattle (link to article)
In 1949 my parents moved into one of the new houses in King Edward Road where they lived the rest of their lives. My Mum worked at the Dartboard Factory and my dad was a lorry driver. He worked a number of years for Charlie Markham of Markham’s Dairies collecting milk churns from the farms.They went to the Winston club where Dad would sing and play piano.

My grandfather Herbert Tyler was well known at the Winston Club that was at the top end of Northumberland Avenue at the junction with the High Road. In the 1930s and 40s, making their own entertainment, the older folks enjoyed the club, playing cards and dominoes and drinking. Younger guys hardly ever beat the wily old fellows at the games. As children we tried but never succeeded.
John Bathurst (link to article)
The “Laindon Advertiser” of  April 1931 contains a report of a meeting of the Little Burstead Parish Council held on the 10th of March at the Carlton Club Hall which was then the name of the still existent Winston Club on the corner of Northumberland Avenue

We went out at night. We had to make our own pleasure but there were Youth Clubs, a Cycle Polo Team, boxing clubs, football teams and before the Radion Cinema was built, we had picture shows in what is now the Winston Club. We had an annual Carnival and a Publicans wheelchair race. This was started from the Prince of Wales and stopped at all the pubs on the way to the Crown Hotel