Footsteps through Laindon and Laindons got Talent 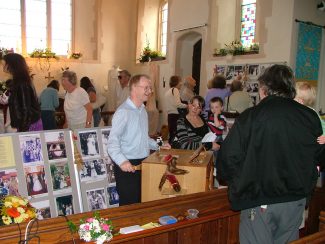 zoom
Footsteps through Laindon. Tony Dunhill on his home made organ 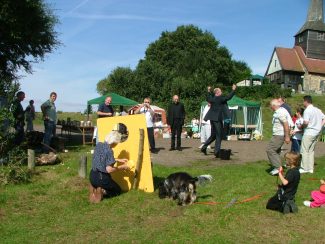 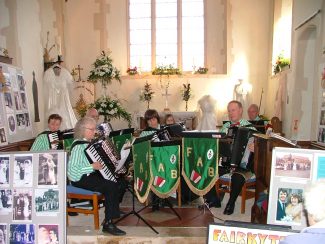 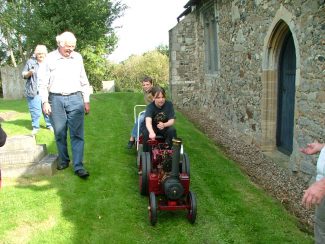 zoom
Stuart Ricketts with his home made engine 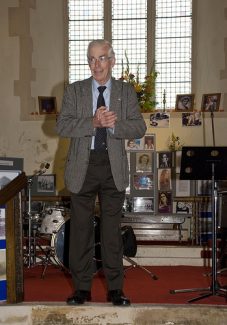 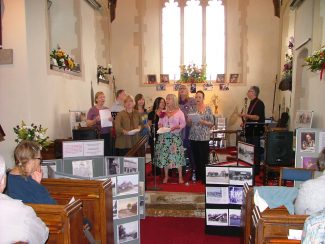 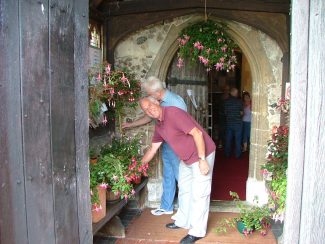 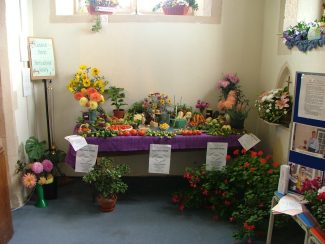 The following article about Laindon and St Nicholas Church appeared in the Bishop of Bradwells National Estate Churches Network, December 2010 and St Nicholas parish magazine, February 2011. Ken Porter assembled the information which I used to write the text.

St.Nicholas Church – The Heart of Laindon

Man’s compulsion to develop and improve has ensured that throughout the ages, lazy villages became thriving towns, which grew into sprawling industrialised cities. Only the most remote or determined communities have retained their rural, idyllic charm, resisting what many optimistically refer to as ‘Progress’.

During the depression, businessmen with an eye for a bargain were quick to take advantage of tumbling land prices in Laindon, as farmers and landowners faced financial ruin and the first plots of land were auctioned off for development in 1892. The arrival of the railway station four years earlier was an important factor in Laindon’s transformation, allowing Londoners to travel the almost 30 miles to their weekend cottages and back to their city homes, quickly and easily. Gradually, the appeal of country life persuaded many to leave the bustle of London and settle permanently in what had become the largest ‘Plotland’ development area in the country.

As the population increased, so shops and businesses opened and flourished under the watchful eye of Revd. Carpenter, who oversaw the rapid expansion of Laindon, during his 30 years as chairman of the Parish Council. But his legacy was not just the buildings and roads – it was the sense of community that he nurtured and despite the unmade tracks and lack of facilities, such as water, electricity and gas, people still share their memories of Old Laindon with enormous pride and affection.

By the 1970s, with promises of modern amenities, the Basildon Corporation ‘developed’ and ‘improved’ Laindon until it had destroyed its precious heart and soul, swallowing it up in the New Town of Basildon.

And as years pass by, it is likely that all memories of Laindon’s heyday, would have vanished like the town they fondly recalled – but for the new rector of St. Nicholas Church, Revd. Diane Ricketts. She recognised the love that was still very much in evidence for her parish and in September 2008, she organised the first flower festival to be held in the church for several years, entitled ‘Footsteps through Laindon’. Bishop Laurie kindly opened the festival, which contained exhibitions of old photographs of Laindon, antique farming implements, local art, various stalls, musical entertainment and of course the beautiful, themed floral displays. Hundreds of people flocked to St. Nicholas Church from all parts of Essex, enjoying a weekend of nostalgia and reunion with old friends.

The success of ‘Footsteps through Laindon’ was going to be hard to follow but the 2010 festival, ‘Laindon’s Got Talent’, on 11th and 12th September was another great success. It celebrated, not only the popularity of the town but also showcased Laindon’s amazing wealth of talent. Television shows such as The X Factor have demonstrated the nation’s seemingly insatiable appetite for celebrities and St. Nicholas Church was proud to highlight Laindon’s home-grown stars – many known both nationally and internationally. Famous people from the worlds of entertainment and sport are were well represented, including amongst others, Joan Sims, Alison Moyet, Joe Goodman, Greg Smith, Jillean Hipsey, Eamonn Martin and Laindon’s newest discovery, Josh Dubovie, Great Britain’s entry in the Eurovision Song Contest 2010.

Laindon’s less well known, but still extensive, talent was also  celebrated with exhibitions of crafts, floral displays and musical entertainment, finished of with a collection of old Laindon photographs.

‘Old Laindon’ may only exist in photographs and people’s memories but St. Nicholas Church is set once again to honour the past of such a beloved town and community, as well as acknowledging its present successes and future potential.