Many of the newcomers, or 'plotland pioneers', came 'down the line' from East London area and they were seeking something different. So from the about 1905 through to the mid 1920s a number of small mission halls sprung up. 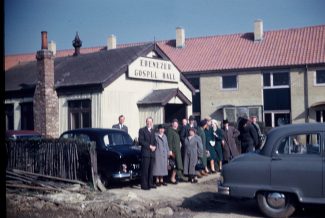 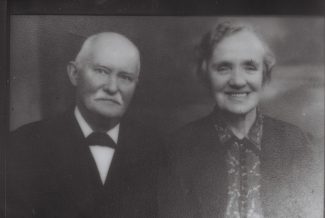 zoom
The Founder Charles and his wife Emma
Roger Clark 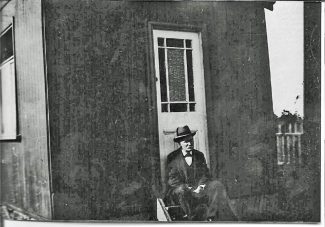 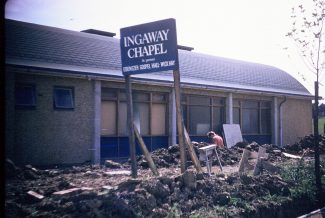 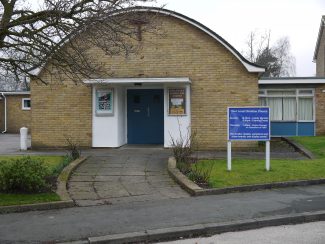 In the early years of the twentieth century when Laindon and the surrounding district was slowly breaking away from its farming heritage the main churches were Anglican; St Nicholas, Laindon, St Mary’s Langdon Hills and St Mary the Virgin, Dunton.

Many of the newcomers, or ‘plotland pioneers’, came ‘down the line’ from East London area and they were seeking something different. So from about 1905 through to the mid 1920s a number of small mission halls sprung up.

One such hall was the Ebenezer Gospel Hall in Elizabeth Drive , Laindon, now known as ‘Wickhay’, Lee Chapel North.

Charles Arthur Clark, bookbinder by trade but also working in property development in the Ilford and Seven Kings area, decided to move down from Hackney to Laindon in the early 1920s. Agriculture, the staple of the area, was going through a lean patch and land was sold off as ‘plots’. He bought several and had bungalows built for himself and the family in Sandringham Road. His was called ‘Lavender’. Facilities were initially primitive, wells for water, ‘bucket and chuckit’ toilet, but plenty of fresh air and space to enjoy the pleasures of country living. His grandson, Roger who now lives in Langdon Hills remembers his grandfather shouting at him “Don’t go near the rhubarb patch son”, this being the area where the ‘Elsan’ bucket was emptied. He also remembers looking for frogs around the wells, although by this time the water from the wells was not required.

Charles became aware that the local residents wanted something other than long walks on a Sunday to the Anglican churches. So he canvassed the surrounding area and following the favourable response he received decided to purchase a plot of land in Elizabeth Drive and in 1924 had a small hut built which was initially used as a Sunday School. It was timber-clad inside with a corrugated iron roof and sides. It was not long before they outgrew the 14 foot square building and in 1926 he had Ebenezer Gospel Hall built in front of it. It was of similar construction to the small Sunday school, but it had scrubbed pine floor boards and dark pine walls to match. There was a platform with three wooden stairs on each side at the front of the hall and two small rooms behind it, one used as the kitchen with one water tap.

The building was kept warm by four cast-iron ‘Glow-worm’ coal boilers. It would take up to four hours for them to warm up the building, but by then they would be far too hot to touch. Iron frame railings were placed round them to try to stop people burning themselves but even these got very hot. In fact you could see scorch marks on the ceiling. Roger can remember being taken along on a Saturday night to stoke up the boilers so the building was nice and warm for Sunday. Lighting was by gas lamps. Replacing those fragile old mantels was a regular performance. On several occasions the speaker would have to mop up the perspiration running down his head caused by the intense heat from the gas lamp positioned directly over his head.

The mission thrived, with a morning service, Sunday school in the afternoon often using the small original building, and an evening service. Being a farming community with nearly everyone growing their own produce, Harvest Festivals were great occasions to show your produce. The place was decked to the rafters with every type of fruit and vegetable, decorated with blackberry briars dripping with ripe fruit, and huge sheaves of corn, one at either side. The smells were delicious and unforgettable. Charles obtained a licence to perform weddings and subsequently his son Douglas also obtained a licence. With regards to religious instruction Charles, Douglas and Roger are all self taught through reading the Bible.

With the encroaching new housing developments in the area in the early 1960s, a compulsory purchase was imminent. So the congregation spent at least two years fundraising and when the day came in 1962 they had sufficient funds to purchase a piece of land from the Basildon Development Corporation (ironically numbered ‘Plot 666’) in Ingaway, south of the railway line in Lee Chapel South.

Charles passed away in 1964 and is buried at St Nicholas Church but he had the pleasure of seeing the new Ingaway finished. The new building was of a ‘Reema’ construction. This is a system of building using prefabricated concrete panels which came into being in the late 1940s and was still in use well into the 1960s. A brick facia was added. Grandson Roger and David Mclean run the church now called Ingaway Evangelical Church. David having the licence to perform weddings. There are now two services on the Sunday; the morning service, which also includes the Sunday school and an evening service.

Whilst 2012 will be the fifty year anniversary of Ingaway it will also be the eighty-sixth anniversary of Charles’ vision of providing an alternative to the Anglican form of worship in the district.

By Ken Porter Feb 2011- Information supplied by Roger Clark, grandson of the founder.