You are here: HomenextBuildingsnextShopsnextCo-Operative Store 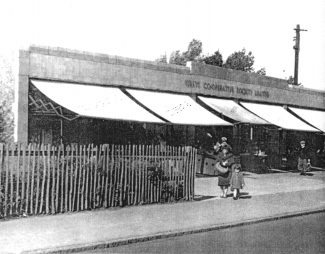 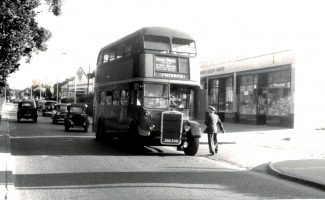 I don’t think I have seen an entry re The Co-operative Store in Laindon.

I remember when I was aged around 5 or 6 a very close neighbour asked my mother if I could go shopping with her and her little girl Merle Buckingham.

I went with them and I remember going past the Radion cinema which to me at the time was uncharted territory. My mum did almost all her shopping in Smiths Stores up Langdon Hills, just at the foot of Crown Hill, she used to go into Laindon for the butchers and some other stores.

It seemed a very long way from home, we entered the Co-op and I was completely fascinated by the little brass pots that were sent up to a cashier with the cash in, and then the change was sent back to the counter. To say I was mesmerised is an under statement.

When I looked around I realised Mrs Buckingham and Merle were not there, I went outside and couldn’t see them so I think I started to run home, I knew I had to go up the high st, I felt relieved when I got to the station as I was entering familiar ground.

I went up Osbourne Rd and made my way home by what we called the [Back Way]up Nightingale Ave.

Unbeknown to me I had been reported missing to the police and as I had not made my way home via the High St no-one found me,

Great relief to be home though, quite an adventure and I have never ever forgotten those cash pots and the wires and wooden handles that sent the cash up to the high desk.

I am sure others will remember them too.