You are here: HomenextCMSnextAudionextJoan Sims and the Carry On Films

Joan Sims and the Carry On Films 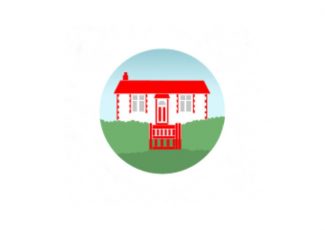 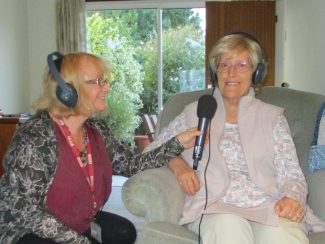 On Thursday 29th September I was contacted by BBC Essex regarding Pinewood Studios’ 80th anniversary.  They would be doing a short piece on the Breakfast Show the following morning and wished to talk about Laindon’s connection with the Carry on Films via Joan Sims.

I was happy to take part even though it meant a rather earlier than usual start to our day, as a radio car would be sent to our house at 7.20 am.  A very nice lady called Chris Penhall arrived and after a slight technical hitch involving a flat battery in the mike, she was able to connect me with BBC Essex at Chelmsford.

Going out live on Radio is quite a nervy experience, but hopefully I didn’t do too badly.  The conversation was a little disjointed at the beginning due to the slight delay in sound but all in all it went quite well.

Click on the black triangle above to listen to the interview.

As Chris hadn’t seen Station House before, after the broadcast, Colin drove us down to the station.  Chris took several photos and a short video of me walking towards and pointing at the blue plaque on the wall placed there by ‘The Joan Sims’ Appreciation Society’.

Chris told us that it will be BBC Essex’ 30th anniversary in November 2016. Colin was able to produce a few photos of when he was interviewed in January 1987 by Peter Heaton-Jones from BBC Essex in the falling snow while on a Sunday morning work party in Marks Hill Nature Reserve.  However, the interview didn’t get broadcast as Peter was called away to report on how the heavy snow was affecting the traffic and that became the first of BBC Essex’ ‘snow line’ reports.  Chris was extremely interested in this and Colin was happy to provide her with copies of the photos

When I mentioned the November anniversary to our son, he recalled that when we went to the Pantomime at Cliff’s Pavilion in December 1986, all the BBC Essex presenters were there handing out stickers advertising the new radio station.  So, many congratulations to BBC Essex on their 30th anniversary from the Laindon & District Community Archive.