You are here: HomenextEventsnextMemory WalksnextWalks we have EnjoyednextLaindon Park Conservation WalknextWhat you could have seen on this walk in the past (3 of 3) 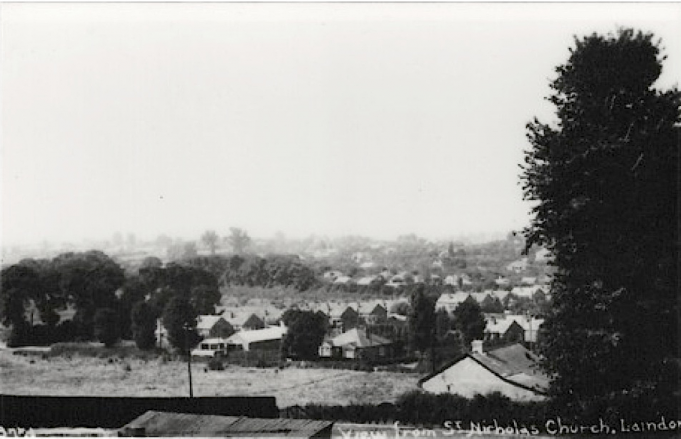 This view looks out over St Nicholas Lane. The photograph also shows the location of the old Regal Social Club that stood in Pound Lane between St Nicholas Lane and Dickens Drive. The club was very popular venue in its day. Also to the right of the photograph you can see the location of the old vicarage that once stood on the hill. This was demolished in 1977 after being set on fire by vandals. 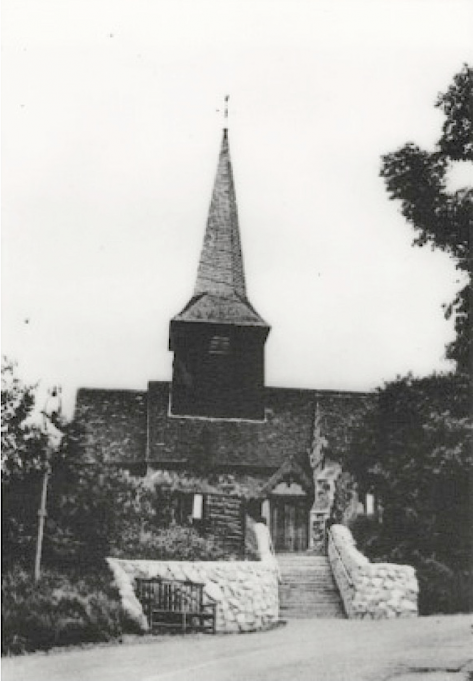 This is one of the nicest pictures of the church probably taken around the later part of the 1940s.  This picture shows the church when it had its original clay peg tiles on the roof, they gave it that real look of age.  They were removed in the early 1970s and replaced with the hard stone tiles you see today, and again the weather vane is still in place.  Also note the lovely period bench against the wall, it just looks so tranquil.

We are not going into much depth about the church, as we could be here all day. 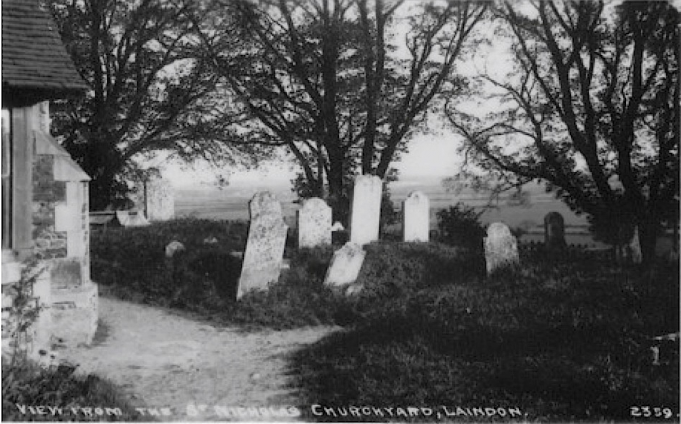 This view over Lee Chapel North is dated around the mid 1930s. At this time the church was accessed via a set of wooden steps which had a gate at the top. This gate would be locked every night by the then church warden. The concrete steps you see to day where added in the 1940s. During the construction of the new steps, some of the gravestones you see in the photograph, were removed. The ground had to be lowered considerably to construct the new steps, we do not know if any of the graves were exhumed whilst the works were carried out.

Beyond the grave stones all you can see is field after field. Now every square foot of this land is covered with housing, roads and Basildon Town Centre would dominate the centre of this photograph.

The hidden gem of this photograph is when you see the large blown up version, right in the middle above the grave stone, there is a steam train hurling west bound to London with a trail of smoke and steam billowing out, just in time for this photograph to be taken.

The steeple of 700 – years – old St. Nicholas Church, Laindon, is being re-covered with cedar wood shingles. Unfortunately there will be no weather vane owing to insufficient funds. The verger (Mr. Bob Wilson) is seen on the ladder.

The Removal of the Weather Vane 1962

We thought we would take time to show you this Basildon Standard article from 1962, showing the removal of the weather vane from the church spire. The children in the article came from Laindon Park School.

The good news is there are plans to have a weather vane reinstated. 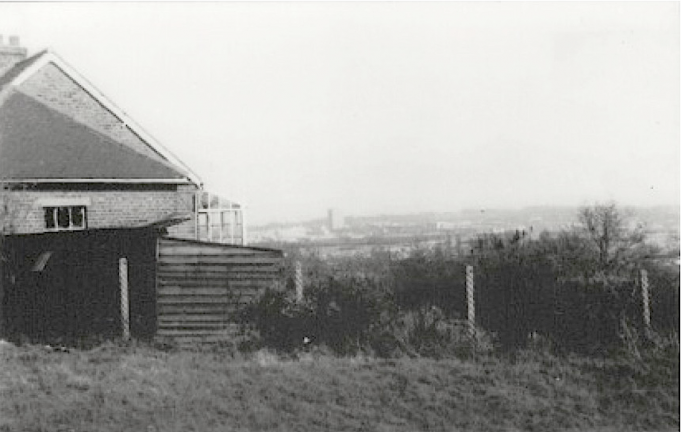 The Bungalow Opposite the Church

Unfortunately we do not know much about this property, the one thing we do know is where it was located. It stood directly opposite the church. The only trace left of this property is some fencing posts and the well that supplied the water at some time. The property was left empty for some time and became derelict towards the end of the 1960s. This must have caused some concerns to the church having this derelict building opposite, not the best view for a wedding party. Why it was left to fall into disrepair is unknown, but the damage was so bad that it was demolished at the beginning of the 1970s.

Also note Brook House in the centre of the photograph, so the Town Centre was complete at this time.