Do you Remember - Murray Coath 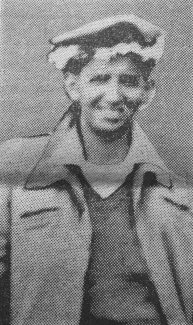 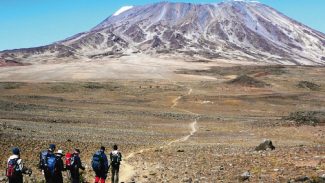 The following article appeared in the Basildon Standard – 2 October 1954

Climbed Mountain as a relaxation from fighting the Mau Mau

During leave from the R.A.F. a 20-years-old Laindon airman, Murray Coath, of 6 Dickens Drive, Laindon, successfully climbed to the peak of Africa’s highest mountain, the 19,350, high Kilimanjaro,
Murray has experienced some difficult situations in the fight against Mau Mau in Kenya, and his climb with an official party was undertaken as relaxation from the strain of warfare.
Murray had never attempted such a feat before and his mother told the “Standard” this week that she hopes it was his last climbing expedition. “When Murray went to Kenya, he had never climbed anything higher than Crown Hill, Langdon Hills,” she said.
The party which set off on September 16th, included two women – a nurse from Mombasa and a daughter of the Chief Justice of Kenya. There were also 12 porters and 2 guides.
The first eleven miles took five hours and was solid climbing all the way through damp rain forests infested with columns of ants.
They made the first stop at a small shack called the Bismarck hut where an African porter cooked a meal of liver, soup and bananas. After spending the night at this point set out early next morning for Peter’s hut – another 12 miles further on and 12,000 ft above sea level.
The first two miles was dense rain forest but then the climbers encountered a belt of dry, dusty and rock conditions.
On the third day the climbers set out for Kibo hut at about 16,000 feet. The trek of 11 miles took nearly six hours.
In his letter home Murray says the last six miles were across a saddle – a piece of dry land of dust and rock. “To the eye it looks flat but our legs noticed the climb,” he says.
On arrival at the Kibo hut the air was thin and breathing was made difficult. After a meal and a restless night, the party were up at 12.30 a.m. ready for the final assault at 1 a.m.
He described this last five miles to Gilman’s Point – the highest peak – as a “deadly, airless grind”.  “After a few miles we were climbing on loose scree at an angle of 80 degrees,” he writes.
Dawn broke when Murray was within 200 yards of the summit. He says it was a marvelous sight to see the layer of cloud below and the other mountains silhouetted against the sunrise.