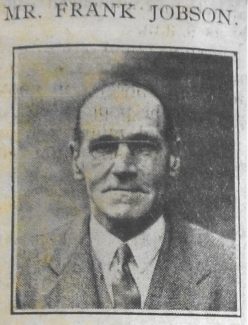 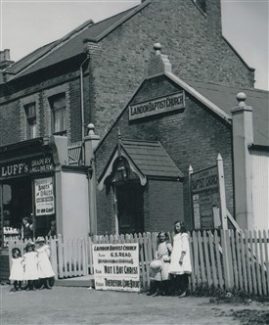 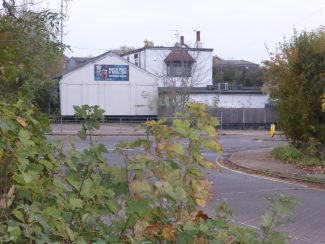 I have been researching the history of Laindon and surrounding district for many years and I thought I knew most of its history but littles gem’s still keep cropping up.

While perusing the 1930 Laindon Recorder I came across the following article on Frank Jobson who was well known personality in the early days of the twentieth century.

Mr Frank Jobson became associated with Laindon in 1898 and from the start decided to brighten up the village life.

He was popularly known as “Frank” a talented amateur actor and one of the pioneers of concerts, dances and other amusements in Laindon. He came to reside at Rasbrook, Langdon Hillls in 1906 and assisted other cheerful spirits to make “Laindon Brighter”

As the only places for public gatherings in those days were the Baptist Chapel (then known as Nightingale Hall,) The Manor Hall (only recently demolished,) and the Old School Langdon Hills, it will be readily understood how welcome his efforts in assisting to promote concerts, sketches and other forms of amusements.

Mr Jobson was one of the founders of the first Laindon Sports Club, the members of which used to play golf on a 9-hole course commencing at the corner where the Carlton Club now stands, and extending to the old water tower near the railway line.

The club had tennis courts on the field where Tylers Avenue and it also engaged in the old English game of croquet.

He assisted in the formation of a Debating Society in Laindon which used to meet over Cottis’s bakery.

In returning to Laindon after the Great War he became interested in the Hut Club. He became Chairman for a time, and has taken an active part in its affairs ever since. He founded the Hut Clubs Players and produced several successful sketches and plays, among the best remembered of which is “Caste”.

During his early life he travelled extensively West Africa, Australia, India and the Gold Coast on Government Business, and occasionally he has lectured at the club on his experiences in West Africa during the war, and used slides from his own photos which were made by Fred Scrivens. He is a keen tennis player, possessing a very fine private court which was used to play the Hut Clubs Annual Tournament.
For over three years he was a member of the Langdon Hills Parish Council, but was compelled to resign for business reasons.

Shortly after his re-election he was actively interested in the matters “of a practical and technical natures) and will be remembered as one of those whose energies led to the acquisition of the land for the Langdon Hills Recreation Ground.

I just wonder how many of us old Laindon Folk knew about of the Golf Course, I certainly did not know? Oh! The Nightingale Hall was in High Road Langdon Hills and the Carlton Club changed its name to the Winston Club.