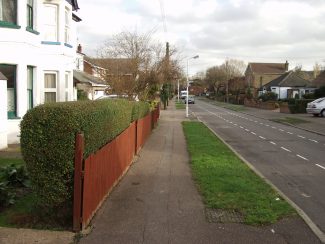 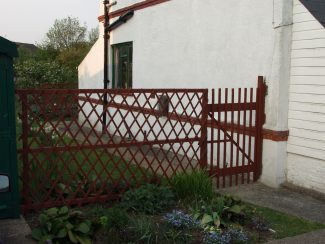 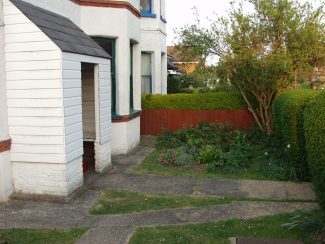 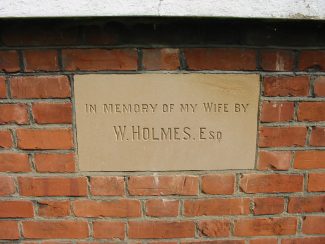 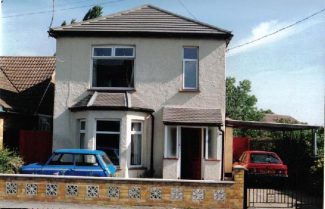 Further to my comments  re Jack Lockett who passed away in 2009, ( see below article “V2 Rocket (Wasp) Vowler Road 1944″),  I concede that his house was previously named “Stanley Villa” but was named “Albert Villa” when we moved into the road. I understood Jack’s first name was Albert and wonder now if he changed the house name himself – along with when the houses were given house numbers.
The land our house (“Fairholme” No 28) was built on was owned by Isaac Levy and first occupied by a Mr William Holmes (presumably our house was named after him). There is a plaque in the left hand wall of the Methodist Church on the High Road dedicated to the memory of Mr Holmes’s wife – see photos.  Also, are two photographs of our house – taken in 1990.
The other photos are of Jack’s house: No 24 (there is no number 26). It was then known as “Albert Villa”.