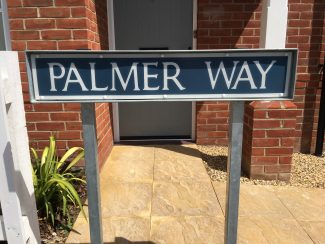 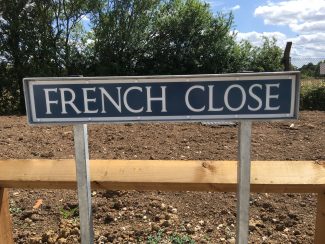 The Westley Green Development in Dry Street is slowly progressing and another two roads have been named honouring local Veterans who lost their lives in the two World Wars of the Last Century.

Frank Arthur French – was killed in action at the Battle of Bapaume on 19th March 1917. Although born at Noak Bridge Farm, Laindon in 1891 he went off to farm in Victoria, Australia in 1912. In April 1916 he enlisted into the Australian Imperial Force and was posted to the 57th Infantry Battalion, later posted to the 59th Battalion. His parents at the time of his enlistment were living at Brewitts Farm, Laindon which is now part of Gloucester Park. The family still farm in the Basildon area.
If you would like to read his full story, suggest you obtain a copy of ‘Laindon in the Great War’.