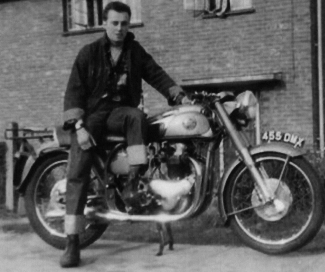 This is a photo of Eddy Morris on his 1955 Norton Dominator 88 500cc. The location is King Edward estate, outside his girlfriends house her name was Josie Bowen, they got married and now live in Melbourne Australia, near Ken Page, who I am in constant communications with.