You are here: HomenextPeoplenextCommunity MemoriesnextMemories of the Railway Cottages - Laindon

Memories of the Railway Cottages - Laindon

My grandfather, Charles Edward Clark moved to East Horndon (later renamed West Horndon when the authorities realised that their geography was wrong) in 1883 from Pinchbeck in Lincolnshire to work on the railway link from Upminster to Pitsea with the stations East Horndon and Laindon. He stayed at the Railway Hotel, East Horndon. 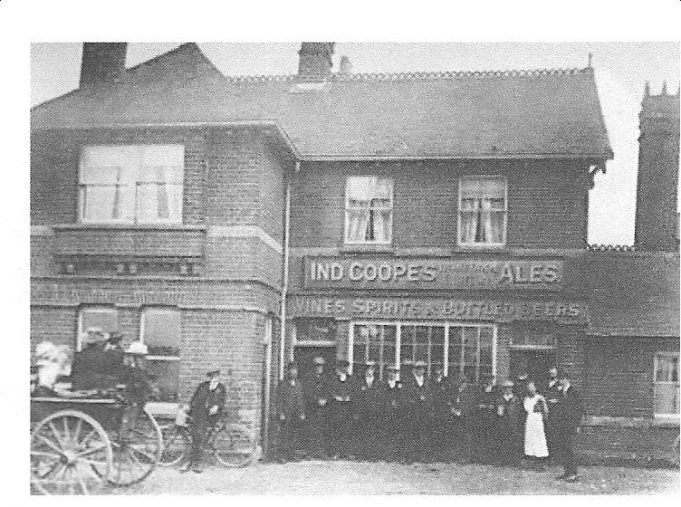 The Railway Hotel, East Horndon was built in 1886 it was originally called ‘The Railway Hotel & Posting Establishment’. Beer was supplied by Ind Coope Ltd. The Railway still retains some original branding above the pub sign and also the Victorian lamp attached to the front of the building is still there. Steam locomotion reached East Horndon (West Horndon) from Fenchurch Street in 1886, the station buildings, hotel and cottages were already in place or being erected. The date of photograph is 1905.

The Link was completed in 1888 and opened on the 1st June 1888. While my grandfather was staying in East Horndon he met Elizabeth Lawrence whom he later married on the 19th November 1888. The railway company built railway cottages for its workers, eight at East Horndon and eight at Laindon and my grandfather was offered and moved into No.1 at Laindon. 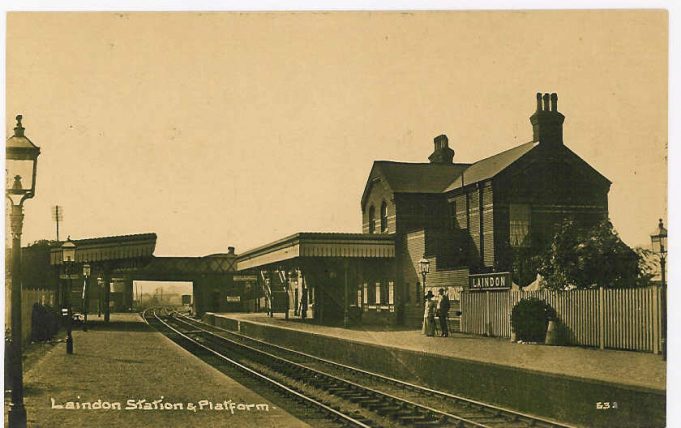 Their first son Edward was born in February 1890 and my dad John followed on the 17th April 1891, they went on to have seven more children.

My father John served in the Surrey Regiment during the First World War and went to work in the gunpowder works at Kynock town which is now Corytown Oil Terminal. John often called in at the Laindon Hotel for a drink; here he met Cecelia Henty who worked in the Hotel. She lived in Bexleyheath, Kent and worked for Jack Holman. Jack bought the Laindon Hotel and asked Cecelia if she would move and continue working for him, which she did.

John and Celelia got married in August 1915; they went on to have eight children, which of course included me. I was born in April 1939 in a bungalow called Uplands, in Basildon Road (which is still there today). We moved across the road to a big house called Woodbine. At the bottom of the garden I remember they had searchlights and anti-aircraft guns. Our local shop was Cooper’s stores which stood on the corner of Church Road and Basildon Road. The nearby school was known as ‘Donaldson’s’ after the headmistress. My sister Christine and I went to this school.

My grandfather died in 1933 and my grandmother ten years later in 1943, they are both buried at St Nicholas Church. This meant that their home No. 1 Railway Cottages became empty so it was handed down to my father; it meant we were on the move again, it was still war time. The way to the cottages was opposite the entrance to the station with steps going down and along a path to the cottages. 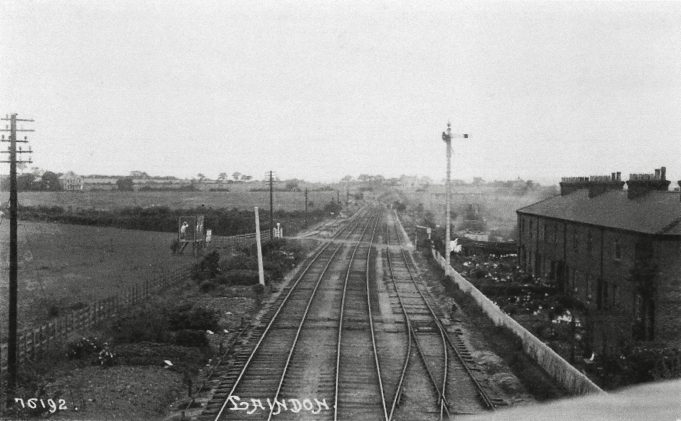 The cottages had gas lighting, electric was not connected up until the 1950s, we had outside toilets built at the bottom of the gardens but fortunately they were connected to the main sewer. In the winter though, you had to put an old hurricane lamp in the shed to stop it freezing up. Many of us used the chamber pot so you didn’t have to go out in the cold at night. There was an old copper in another shed; you lit a fire beneath it to get hot water to wash your clothes. Bath time was a tin bath in front of the fire, the water either came from the copper or from the kettle being heated up on top of an old Kitchener stove. The stove fire was stoked from the top via a lift off round lid. 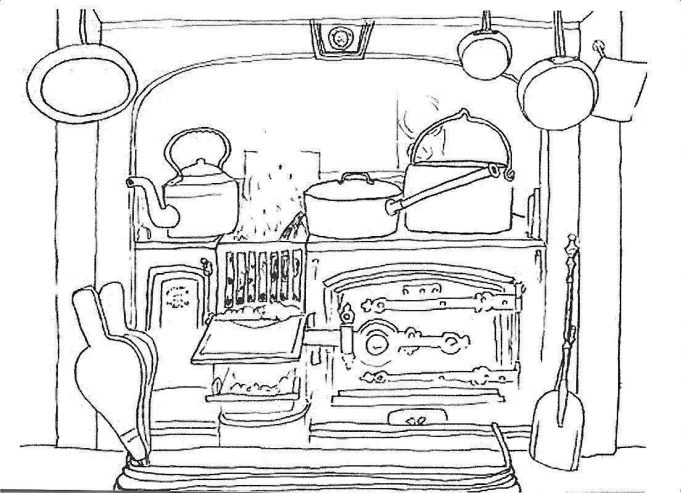 One of my jobs my mother gave me was to clean the stove with black lead polish and chop wood to light it in the morning. If we ran out of coal we had to go down to the coal yard at the station and get a bag in the pushchair. If you were cold at night you just put an overcoat on top of the bed.

While the war was on you had to have black blinds to stop any light showing outside. There was bomb in Vowler Road, which took out at the back of the railway cottages all the up-stair windows.

Following the move to the cottages, my sister and I transferred to Langdon Hills Primary School. It was here that I met Joey Cottrill who would later become Joe Goodman the famous comedian. At 11 I moved on to Laindon High Road School.

I clearly remember the other people who lived in the cottages. No. 1 my grandfather Jack a platelayer, No. 2 Mr & Mrs Hunt, he was a signalman, No. 3 Mr & Mrs Martin, he worked on Laindon Station, No. 4 Mrs Wellington and her son Bill, he worked for Collings the hardware shop in the High Road, No. 5 Mrs Hymas, my mother cooked her Sunday lunch and I would take it into her, No. 6 Mr & Mrs Saltmarsh, No. 7 Mr & Mrs Baker, he worked in the booking office and No. 8 Mr & Mrs Monk.

All the cottages were allotted an allotment which was the other side of the railway; there was a gate (called kissing gate) which was opened to allow you to cross when no trains were coming. Everybody grew their own vegetables it was only when we ran out did we go to the local greengrocers ‘Townsend’s’ who were opposite ‘Churchill Johnson’s’.

In 1970 the Railway Cottages were compulsory purchased, my parents did not want to leave but in 1971 they moved to 52 Basildon Drive.

I left school in 1955 and in 1959 I was called up for three years National Service in the Royal Air force. I married Rita Pedrick of Royston Avenue, Laindon at St Nicholas Church in 1963. We now live in Pound Lane, Laindon – never been one for moving too far.