My view of the evolution and demise of Plotlands 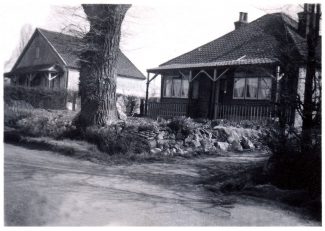 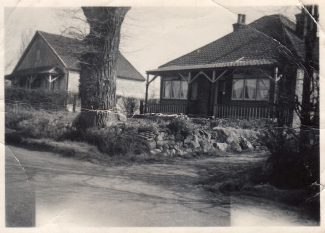 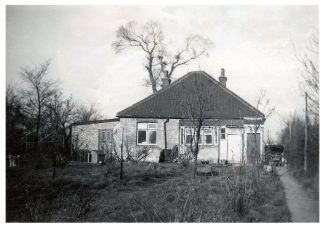 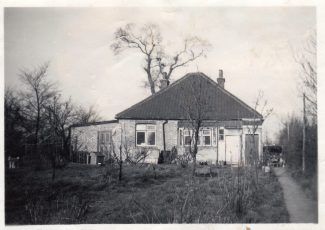 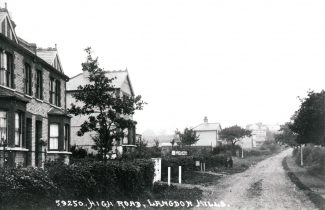 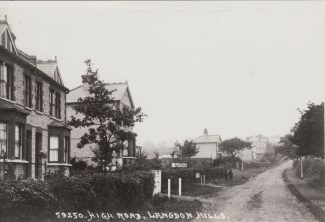 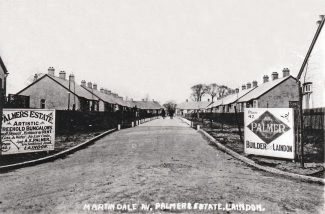 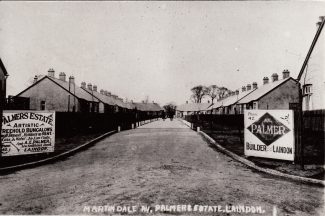 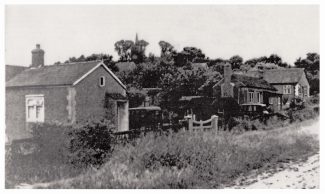 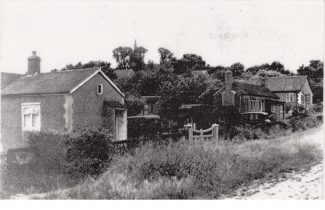 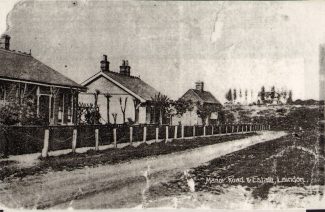 I moved to Dunton with my parents in September 1952 into a brick built Plotland property called Mon-Ami on the lower Dunton Road. My father worked for London Electricity Board and the combination of no electricity and main drainage soon began to occupy his time in trying to rectify these omissions in the twentieth century, more on this at a later date.  I on the other hand when not occupied at school or travelling to school got to know the area and its inhabitants. I soon found out that there were two basic types of Plotland inhabitants. Firstly there was those who had made their home in the community and had built reasonable homes on their plots and those who used the plots for weekends and allotments.

The Plotlands were not limited to our community or even Essex but were fairly widespread around the country. Those in our community being triggered by the coming of the London, Tilbury and Southend Railway. This provided the opportunity for those living in poor cramped conditions in the East End of London, to have a place in the country to escape to.

To the right are a small selection of photographs of some properties that were built and formed the Laindon Plolands. I will add more as I find them to show the diversity of construction and intended use.

The plotlanders who had made their homes in our community were generally very proud of their homes having built and extended them as their family had grown and finances permitted. There was no standard format to the homes, it generally depended on the skills of the members of the family or what their finance could afford to have built. As one would expect with this type of ad hoc development there were a mixture of styles, building materials and quality. One can still see Plotland properties in the sections of Laindon, Dunton, Langdon Hills, Nevendon and Pitsea, that escaped the clutches of the Corporation for New Towns and their social engineering project known as the Basildon New Town. These properties have been extended and rebuilt over the years but still retain the character of an evolving community with each home being modified over the years to suit the needs of its occupants.

The development of the Plotland communities was dependent on the residents, there not being the present day demands on the planners to provide the infrastructure as a starting point. The utilities would, and will still, only provide services if there were adequate returns from the customers to justify the cost or if the customers meet the full cost.  When there is no overall controlling developer, it comes down to individuals forming an organised group, with their neighbours, to negotiate with the utilities with any strength.

The effect of a more organised approach can be seen were properties based on the original Plotland layout were built under the auspices of Billericay Urban District Council within our community, starting with the construction of the King Edward Estate in the 1940s which if you examine the old plotland maps generally complies with the original layout. The second development was the Pound Lane estate which deviated more than the King Edward Estate but was generally based on a similar sized plot. These developments provided accommodation mainly for local residents.

The coming of the Development Corporation brought even more difficulties to those trying to improve the facilities to their plotland homes as it was in the interest of the Corporation and their plans for the area to be obstructive. If the properties had been permitted to obtain the full compliment of services they would be worth more to the residents as their property would be of more interest for private development. Once the process of eliminating the undeveloped plotland properties was put in hand it became much more difficult for those plotlanders who wished to improve their properties to do so.  There was still a large number of the residents who were prepared to fight to keep the homes they had built, despite the lack of facilities that most of us consider essential in this current materialistic world, that the Corporation resorted to compulsory purchase to eject the owners. This threat of compulsory purchase became synonymous with the Development Corporation and many residents were intimidated and took the option to sell before compulsion. This onward march of the replacement of non developed plotland properties started in Whitmore Way and Vange area and moved towards the proposed New Town Centre and then onwards westerly destroying Laindon in the process.

There are similar plotland areas in Kent triggered by the expansion of the railways, however many of these have been allowed to evolve into communities at their own pace.

The development was intended to enable East Enders to be moved from the slums that had been so badly effected during WWII. The thought of the East Enders was that the family communities would be provided with accommodation with better facilities than they had in their existing homes. It should be remembered that a lot of these homes were two up and two down with an outside toilet and in many cases none or very limited electricity services. The initial development was patchy, with the initial incomers being the young families that were being given a new start.  Many hoped that as the New Town developed, other members of their families would be moved out to enable the family group to be reconstructed. The social engineering behind the new towns did not have the same aim, they only intended to move out the younger families leaving the older generations to continue to be housed in the East End. You can draw your own conclusions as to the problems this caused in the evolving new town.

When I now visit the Dunton Plotlands I note that all the better built properties in the Avenues have been pulled down leaving just the Haven, which has had more money spent on it to make it a museum than the original family could have afforded to spend. It has even been provided with mains electricity which the supply utility were unable to justify the cost of when the house was occupied, especially when told by the Development Corporation that they were going to develop the area, so it was not viable to do it until the area was developed. This was not the story being given to the Plotlanders. There are however still other original inhabited and enjoyed Plotland properties on the Lower Dunton Road although as should happen they have been extended and improved.

The Corporation kept referring to the substandard properties that they were pulling down to replace with modern homes, many of these have not stood the test of time. I note that the majority of the new homes being built these days have reverted to wooden framed structures with various forms of cladding more in line with many of the old Essex and Plotland homes. I wonder if they will stand the test of time in comparison to the original Plotland homes?

I have some timber in use in my garden today that was removed from a wooden bungalow in Third Avenue when it was demolished by the Corporation in the early sixties. The timber had already been in service for many years before I obtained it and it is still as good as when I originally acquired it. Very little modern timber can be expected to serve as well when left to the mercies of the weather.

There is not much I can thank the Development Corporation for, but must express my thanks to the developers of the estate on the east side of the High Road, Langdon Hills, opposite The Triangle. The problems they experienced in building on a London clay hillside made them hesitate long enough for the Government to decide that the Corporation Quango had created enough problems, so the development of Dunton did not proceed. But like all Quangos they never die just change their name.

In conclusion to this article it is nice to have the Dunton Nature Reserve, but when the Plotlanders were in occupation there was a greater diversity of habitat and wild life enjoyed and encouraged by a living community.

The above is my personal recollections as an incomer whose parents spent many years trying to protect their and others’ investment in the area.