Families saddened by the changes in Laindon since the early 50s prompted sisters Rose Wright and Rita Clark (nee Pedrick) to try somehow to get the people of Laindon together again.

Rita and Rose’s father was originally from Devon but with the outbreak of the Second World War he left home in London and to returned to Devon to get away from the bombing, mum with her sister and Rose decided to move to Royston Avenue , Laindon where Rita was born in 1942. Dad later rejoined the family towards the end of the war. The family later moved to Devonshire Road . Rita now lives in Pound Lane .

Rita like many Laindon folk used to feel sad whenever she thought of all the changes that had taken place. She often complained that Laindon had been wiped out as a village, she would say:-‘we are just Basildon , yet Billericay and Wickford managed to survive. Laindon was a community where everybody knew everyone else, now I do not even know my neighbours up the road’.

Like many Laindon folk she was also concerned about the possibility of Laindon High Road School being closed and amalgamating with Nicholas in St Nicholas Lane.(This as we know eventually happened). The High Road was crowded with 136 small shops selling anything from fish and chips to wool and wood. There was also a cinema called the Radion where it was 6d (2.1/2p) to sit in the stalls, or 9d (3.3/4p) to cuddle up in the back row. The Memorial Hall was the other main source of entertainment where dances were regularly held. 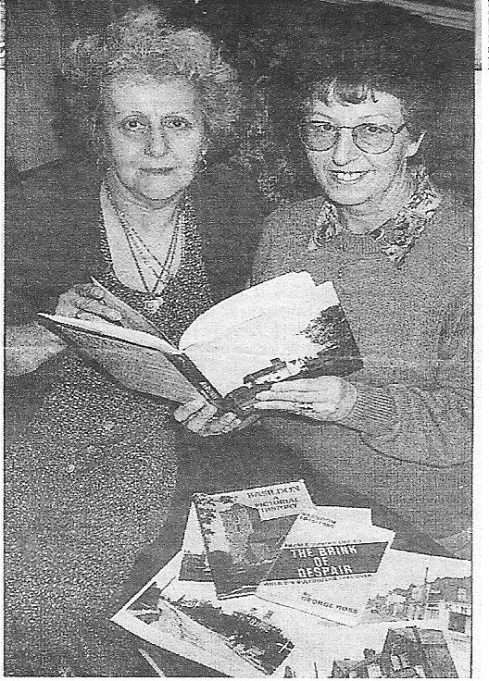 Rose on the Left, Rita on the right

They therefore decided to plan a reunion to celebrate Laindon before it became part of the Basildon sprawl. They both spent time discussing the possibility with others and eventually a small committee was formed. The committee of Rose and Bernard Wright, Rita and Charlie Clark and Maude and George Weekly called a meeting and it was decided to hold a reunion at the Laindon Community Centre. The hall was booked 16th March

Tickets were printed and we advertised in the local papers, the phones did not stop ringing, people were telling their friends, tickets soon got sold and  in the end we were turning people down because we could not go over the fire limit of 300 people. 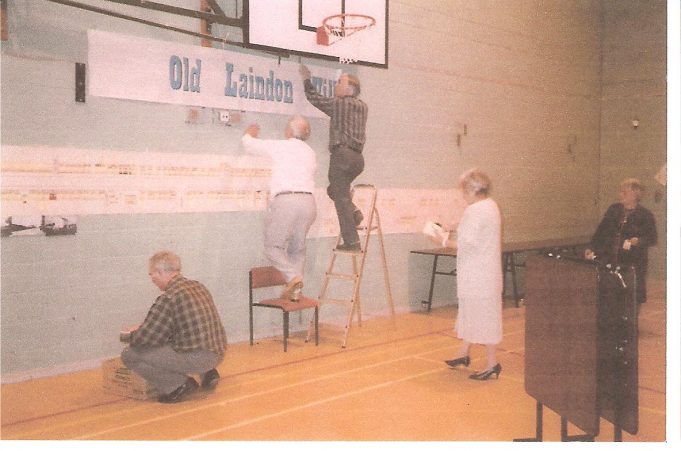 A few weeks beforehand I phoned my old school mate Joe Cotterill better known as Joe Goodman Comedian – King of the one Liners) and asked  if he would come along. He did not hesitate; he said he would dress up in something so that people would not recognize him. The hall was full with over 300 people when Joe came in with a broom and dustpan and started joking and sweeping the floor. He then took over, reminiscing on where he lived, where he went to school and all the shops he could remembered in the high road.

It was a great success; everybody met either old friends or somebody they knew. There were stories galore.  Sadly another reunion has not been organized because of the problem of finding a venue large enough. 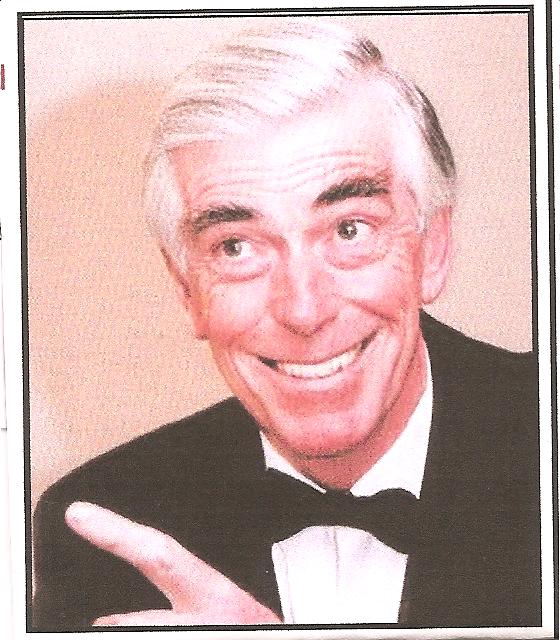 This is what the Echo had to say:

More than 300 people from all over the country joined a nostalgia trip to meet old pals who lived in Laindon, the village that died.

The reunion held at Laindon community centre, brought together former neighbours and old school pals from years ago when Laindon was a thriving rural township. But many hundreds more people were disappointed being unable to get tickets for the event said one of the organizers, Charlie Clark.

The event was so successful; another reunion may be organized to invite more guests who were unlucky and others who had to be turned away from the door.

Mr. Clark said, we were overjoyed at how successful this has been and lots of people have asked us to hold another so that more of the old faces can turn up.

Laindon was a successful rural community until the Basildon development corporation, set up by the government to build the new town, blighted private development and compulsorily purchase homes and land in the area. People who had lived there all there lives moved out and the community fragmented. At the reunion a wall tableau showed the old Laindon high road from the Fortune of War to the Crown Hotel at Langdon hills with all the names of all the shops illustrated along it. There were also photographs of key landmarks of the village back to before 1900, when the high road was a mud track.