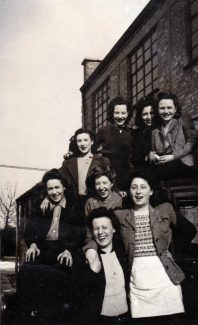 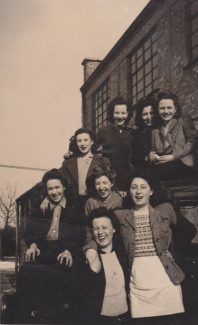 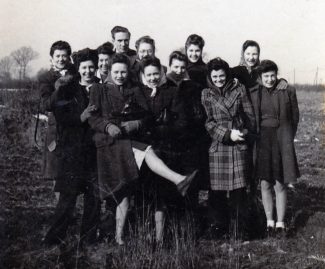 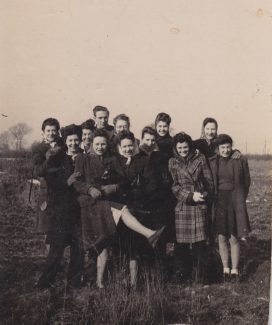 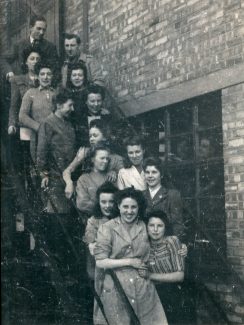 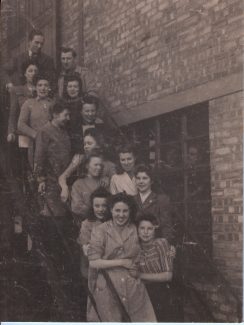 She worked during the mid to late 40s at both the Dartboard and Bon Bon factories on the A127 at Laindon.

Above photograph shows her work colleagues at the side of the  Bon Bon Factory which was the last one of the group of buildings on the south side of the London Bound carriageway of the Arterial Road. As she took this picture she does not appear in the photo but does anybody recognise any of the local faces?

At this time Elizabeth was also known as Sis to her work mates and always mentioned how much she enjoyed the work and how friendly her fellow workers were during her time at the factories.

This photo is looking west beside the same factory. My mother Elizabeth is the second from the right in the back row with the lovely smile. The fields behind the staff is the surrounding land on which Fords later developed the Dunton Research Centre, the building of this facility started in 1965 and opened in 1967. Note the old telegraph poles on the right hand side of the photo lining the A127 main road.

This is another photograph taken on the fire exit stairs, spot the shy members of the group

I do hope some of the faces are familiar so we can put names to the staff.