I came to Laindon with my parents when I was about six months old in the early 1930s. We lived in a bungalow called “Clovelly” in Northumberland Avenue.

It was of timber construction which later was rough cast during my younger days. You might say it looked like an early plotland  bungalow the type that was built in the pre 1920s.

The property was situated about 300 yards from Laindon High Road where Northumberland Avenue meet at the junction of Windsor Road and Laindon High Road. On the south eastern corner of the cross roads was the “Winston Club”.

On the south western corner of this junction was “Churchill Johnson’s” – Builders Merchants.

The original Northumberland Avenue was about three quarters of a mile long and ran parallel with the Fenchurch to Southend railway line. The road was not so close to the railway as the link road now called Hatterill is built.

Some notable places I remember close to our house were the Salvation Army Citadel and dwellings that were made from converted railway carriages stood further down the avenue on the south side of the roadway and opposite our bungalow was an extended storage yard (mostly timber) that stretched a couple of hundred yards on land that belonged to Churchill Johnson’s.

Lots of people kept chickens and rabbits in those days and of course every one grew some vegetables and fruit. With plenty of home grown produce we were never hard up for jobs to do, cleaning out chicken sheds and picking fruit and vegetables etc.

To start with we had gas supplied to the houses in our road and this included the street lights, a kitchen range was used for heating and cooking but later we had a gas cooker. There was no central heating of course in those days, it was tough during really hard winters an there were a few back then.

The strange thing was we were always on main water, a tap in the scullery and a toilet just outside by the back door. Boy, was that toilet cold in the winter, you did not dwell longer in there than was absolutely necessary!!!!!

The railway being quite close it was always noisy and busy. Around 4 o’clock in the morning you would be awakened by the shunting of coal and goods wagons back and forth in the railway yard. It’s amazing how we managed to sleep though the noise. Most goods would come long distances by rail in those days and of course people would use the trains for pleasure as well as commuting to work daily. It was the most important mode of transport at this time.

Like many other roads around the area Northumberland Avenue was unmade initially, it just had a narrow concrete path. The coal merchant would use horses to pull their heavy carts through the mud, this being quite often up to their axles in winter time. A concrete road was put down eventually in the mid 1930s and extended to Barkers Stores at the junction with Church Lane. From then on the road became Elizabeth Drive going eastwards. See map

At this junction as Church Lane extended northwards towards Markham’s Chase the level crossing went south over the railway lines to Primrose Hill and Estate.

The only sign of the old level crossings that still exist along Northumberland Avenue is the small  white gate next to the railway near the lay-by in. I believe a water tower existed here for many years. Today this site is about 150 yards from the traffic lights near to the station.

From this crossing you could gain access to the old Salisbury Avenue south of the railway which ran parallel to Northumberland Avenue. Almost directly opposite the crossing and intersecting with Salisbury Avenue was Gladstone Road which lead up towards Langdon Hills.

There used to be a St Michaels Church in Salisbury Avenue but eventually moved to a new site in Church Lane almost behind Barkers Stores at the end of Northumberland Avenue. If you refer to the map, St Michaels Church is located on the route of Church Lane  which then lead onto Markham’s Chase, then to the crossroad with Nicholas Lane then up Church Hill to St Nicholas Church.

As a boy I attended both of these churches and became a reluctant member of the choir at St Michaels. How the heck I managed to graduate from the choir to serving at St Nicholas I will never know. At that time the church minister was Rev Hickson then Rev Reyolds took over the ministry into the 1940s when Rev Hickson moved to St Mary’s in Langdon Hills.

My first school was the old Langdon Hills Primary School in the High Road on the left hand side going up the hill. This is one of the very few old buildings still existing in the High Road today. I remember being dragged and terrified by the teachers like Miss O’ Brian and the Headmaster (can’t remember his name).

Sports days were always held on the recreation ground at the end of New Avenue off Berry Lane because there was no playing field for games at the school. I always felt that a lot of people came to watch the sports, or was it my imagination? This recreation ground still exists today for people to enjoy just as we did all that time ago.

Holidays, special occasions or days out would be invariably a train ride to Southend and then the long walk to the sea front. I say “long walk” because my father worked in the coal unloading jetty of the North Thames Gas Board east of the pier, quite a trek for little legs. We always had to see dad or be seen by him on the beach near the jetty. These trips usually consisted of three generations since my grandparents lived on Primrose Estate near to our home so they would come along with us on our outings to the seaside.

September 1939 saw the out break of World War II. I was on summer holiday from school, dad was working and I recall mum was terrified!!!!!! —-     To be continued. 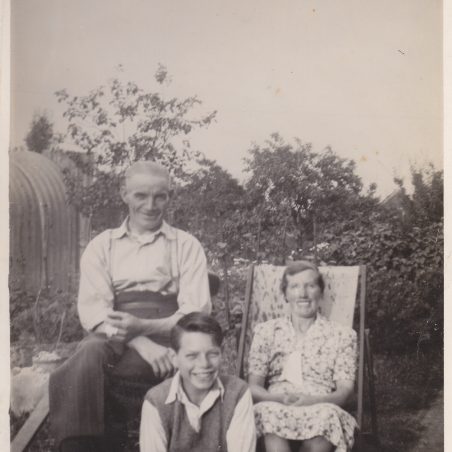 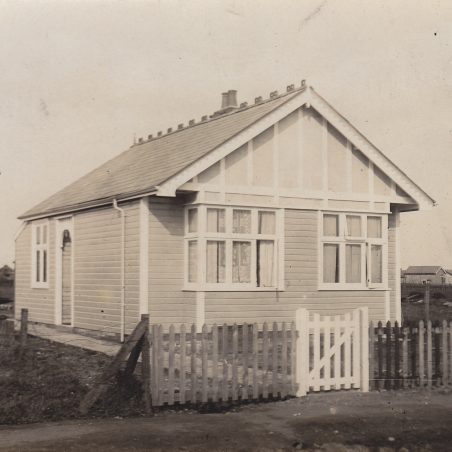 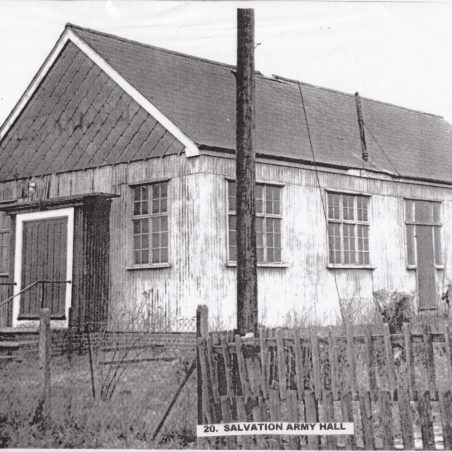 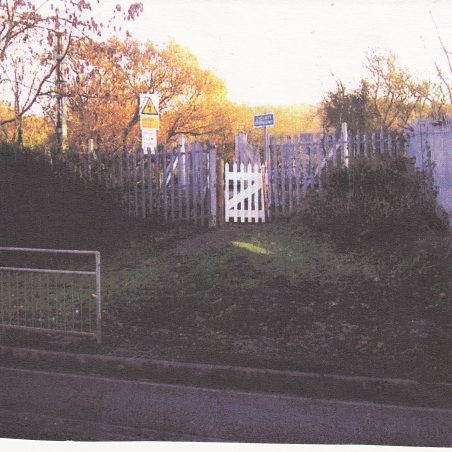 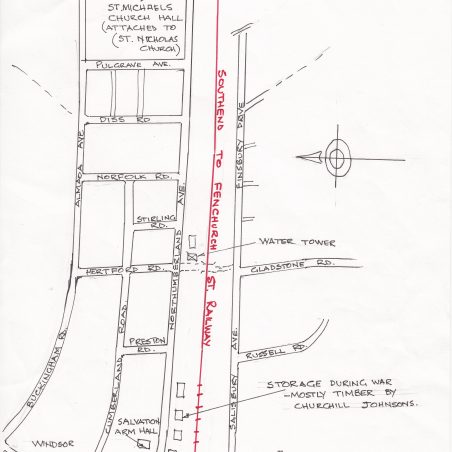 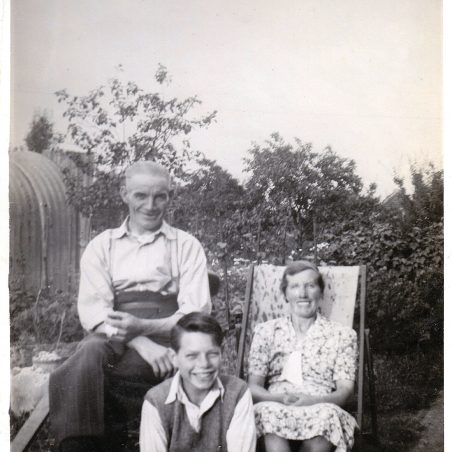 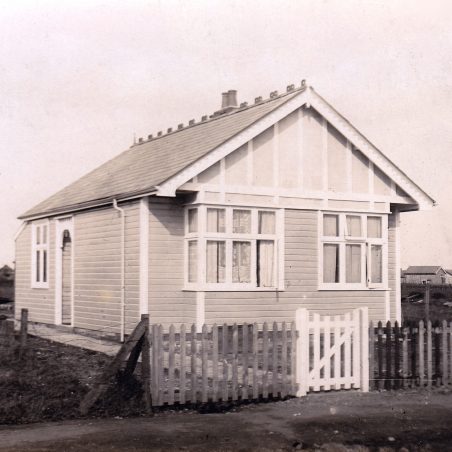 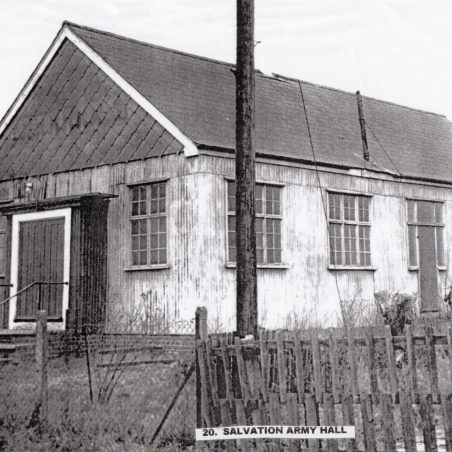 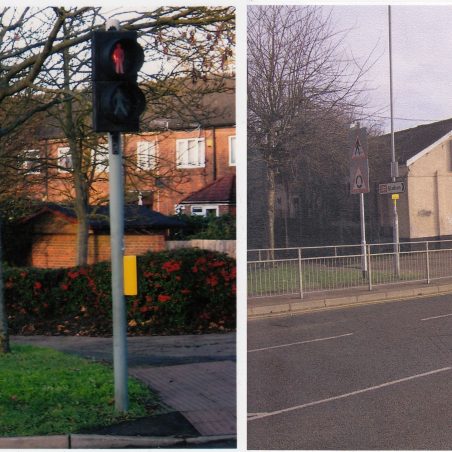