You are here: HomenextPeoplenextFamily Memoriesnext"Memories" by Sheila Hardy neé Gregory

Sheila was born in 1939 in a bungalow called " Sunny Patch " in Basildon Road east of St. Nicholas Church in Laindon

Sheila was born in 1939 in a bungalow called ” Sunny Patch ” in Basildon Road east of St. Nicholas Church in Laindon and these are her memories and a little of the history of her family members. 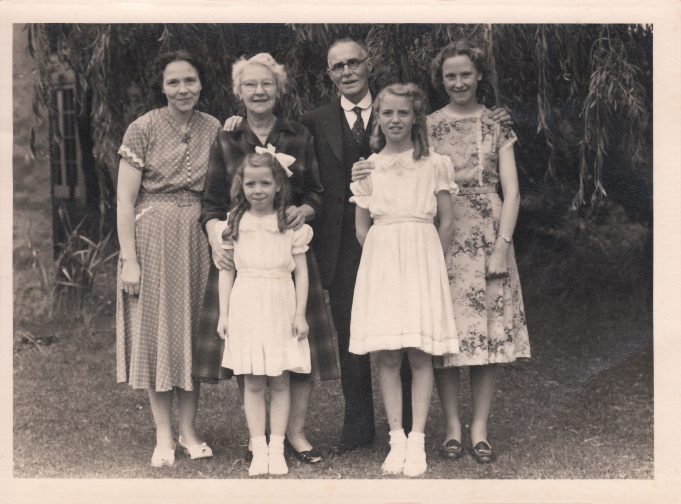 Sheila on extreme right with her two younger sisters, mother and grandparents Lilian and Thomas Hope

Sheila’s maternal grandfather Thomas James Hope was born in Walthamstow London and moved to Laindon in the early 1900’s. He became the Caretaker/ Verger at St. Nicholas Church in Laindon and also at Holy Cross Church Basildon in the 1930’s. He also acted as caretaker at both churches and performed many duties such as digging graves and maintenance around both properties. He was married to Lillian and had two daughters Florence and Lillian and they lived in “Church Bungalow” which was situated half way down the hill on which the church stands facing west. Rector Lake was the vicar at the church when Thomas was employed there and became good friends. 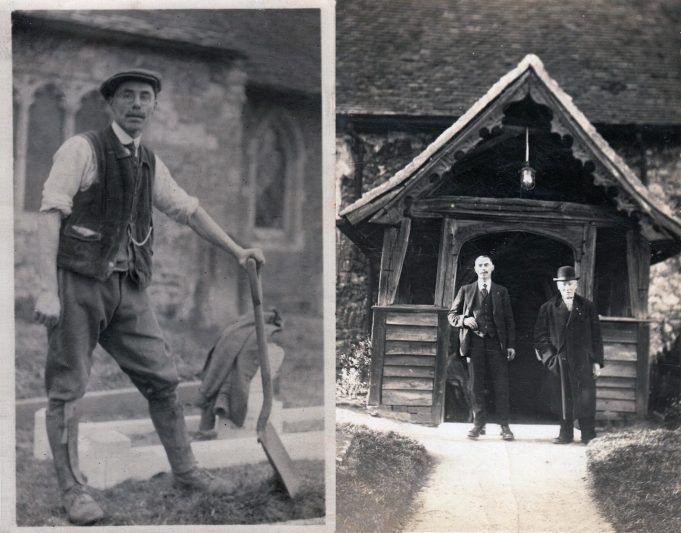 When Rector Lake moved to a new post at St. Johns Church in Loughton Thomas and Lillian went with him to act again as his Verger/ Warden at this new location and the couple lived in the church house belonging to the church authorities. 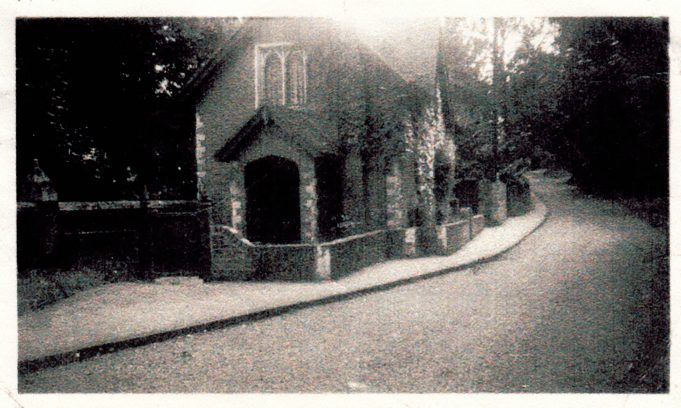 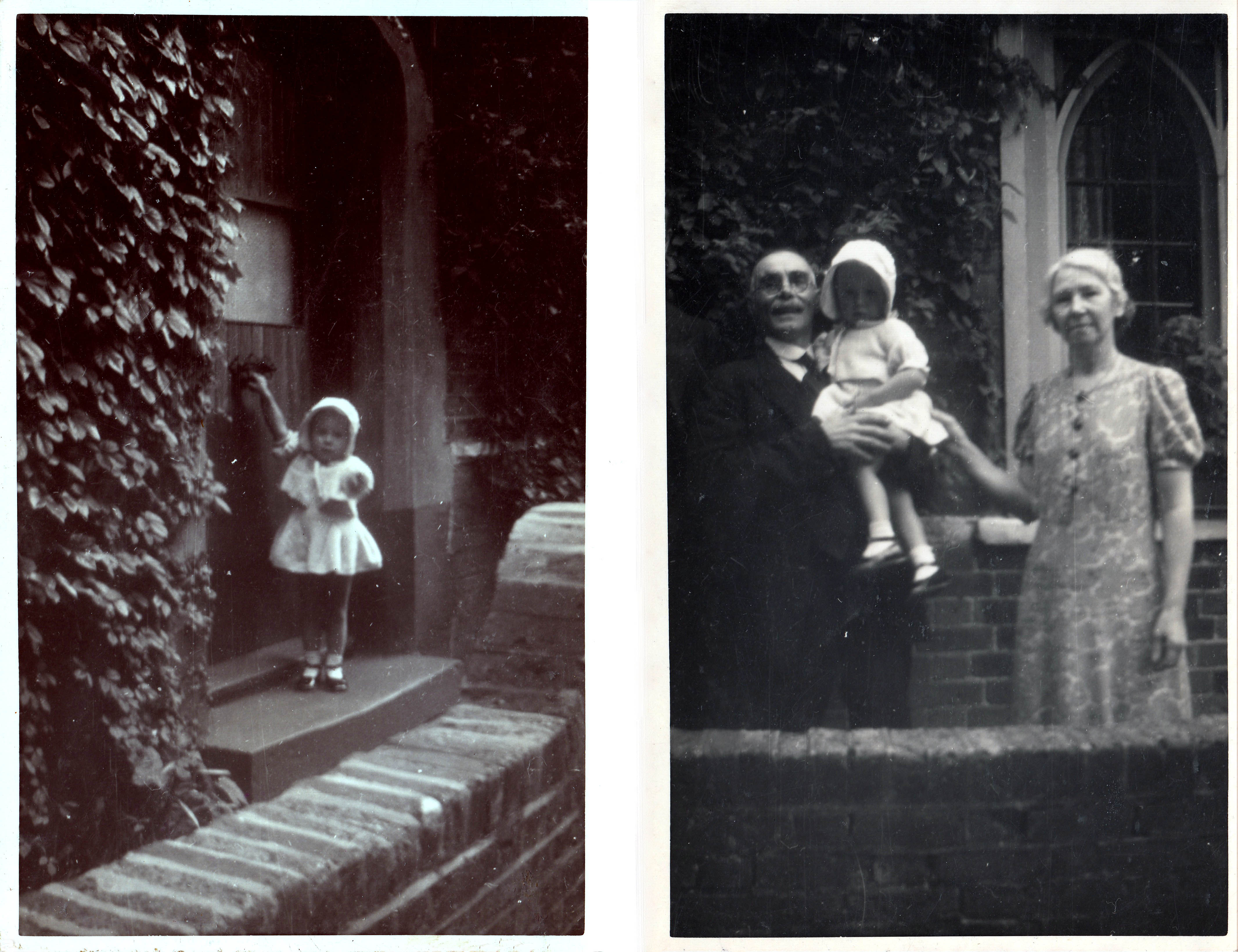 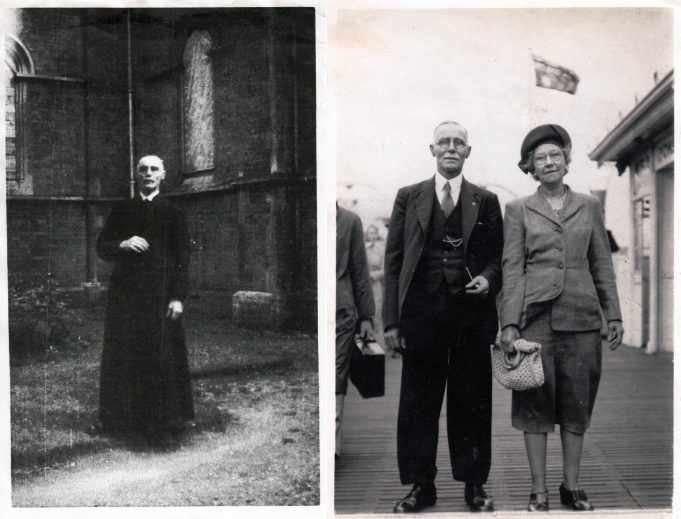 Sheila’s paternal grandparents John and Caroline Gregory had two children Albert and Stanley; they also came to Laindon from London, as they owned properties in the Laindon area. They all lived in a large property called “Elm Farm House” the front section of which was a shop called Elm Farm Stores. This was in the 1930’s -1950’s later the shop was locally known as ” Gregory’s Stores” and was situated in Basildon road on the east side of St. Nicolas Church.

The shop was a general store selling every thing from sweets, cigarettes, groceries and vegetables (of more later).

Caroline and John both ran the shop and Florence enjoyed growing her own vegetables in their large garden for their family and also to sell. Like most properties at that time in the area there was no main drainage so a cesspit was the alternative method of the disposal of waste. Apparently Caroline owned a stirrup pump and she was renowned for spraying her garden vegetables with the contents of the pit to help the garden produce flourish. The local folk always knew when the veg were receiving their daily watering!!!! 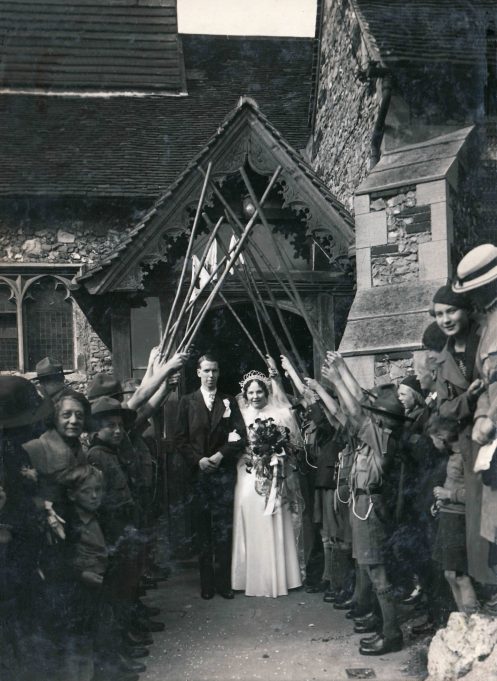 The new Mr & Mrs Gregory left under an arch formed by the staves of the Second Laindon Scouts of which the bridegroom was a former member. 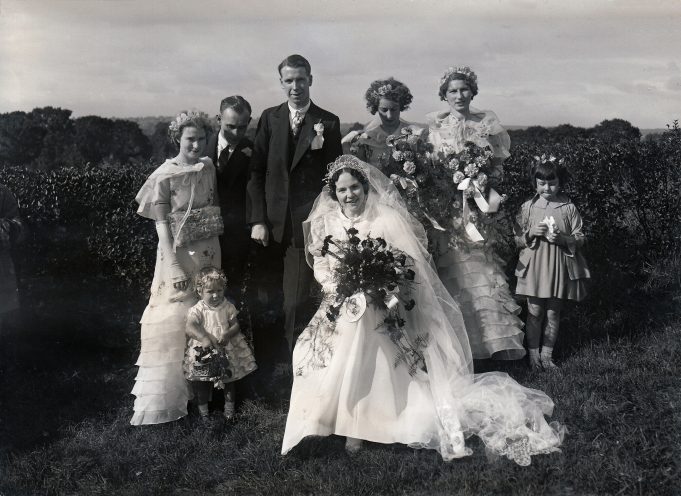 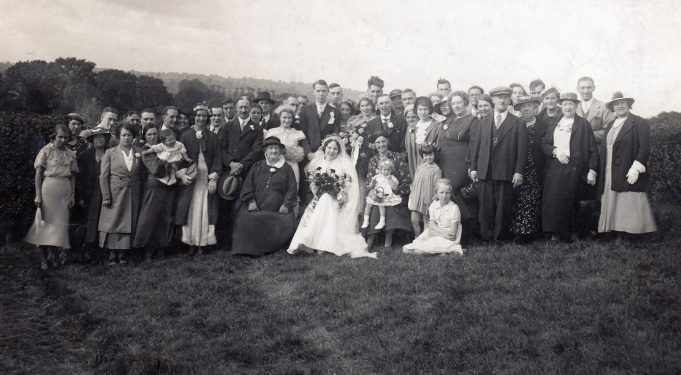 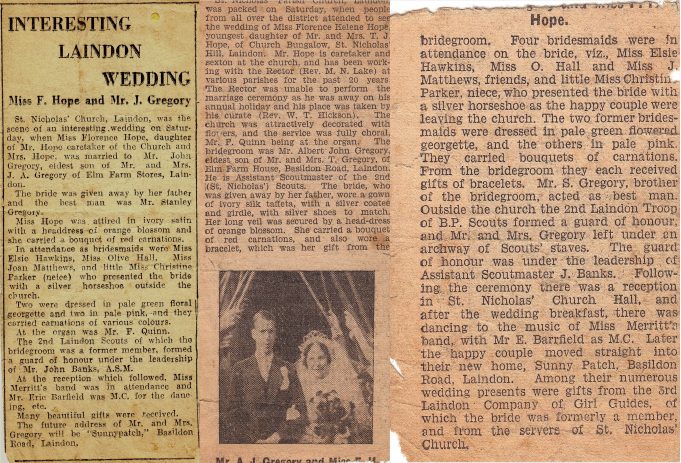 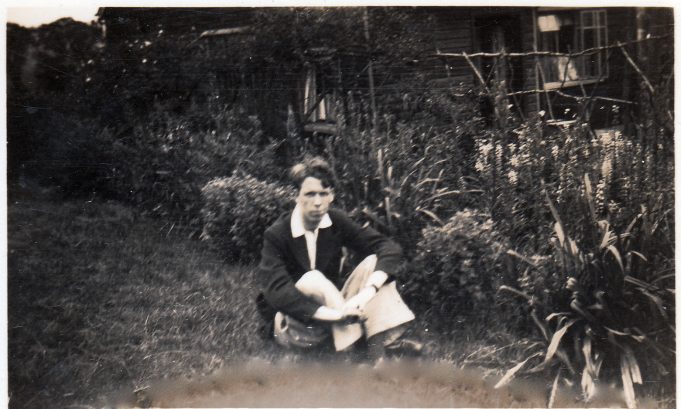 Sheila remembers when she was about 3 years old being in the garden with her grandfather. As he was putting in a row of plants she followed him gently and methodically pulling them out again. Bet she was really popular with the old gentleman.

Another story from Sheila was that of her sister Carol. Young Carol went missing only to be found in their grandparents shop sitting surrounded by cigarettes she had liberated and breaking the contents into small pieces. The profits of the shop that week were presumably a little lower than expected. 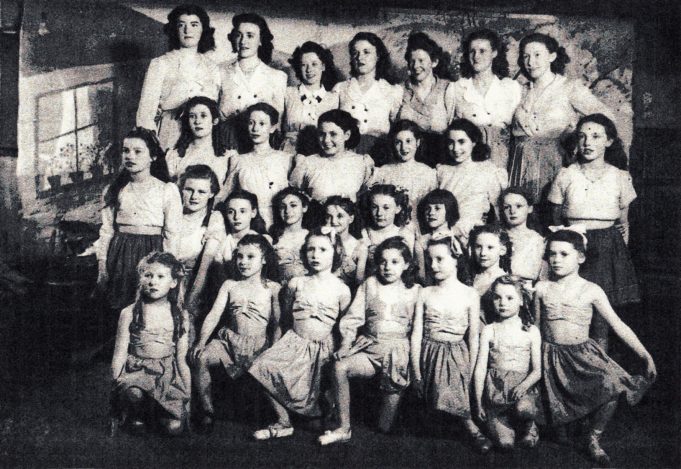 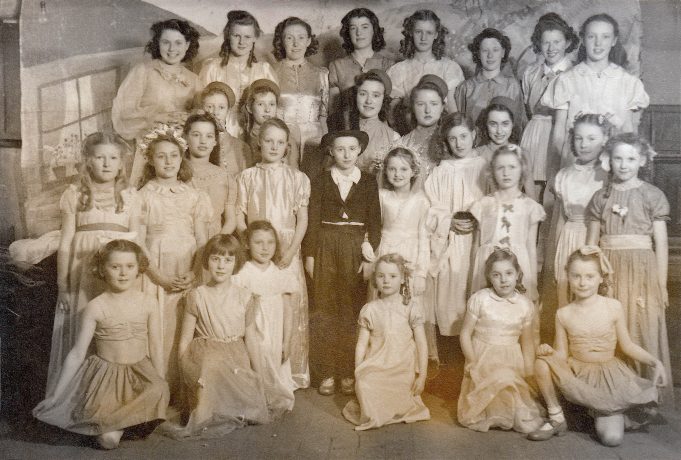 Sheila Gregory joined The St. Johns Ambulance Brigade in Laindon and went on to become a nurse. She married John Hardy in 1959 at Holy Cross Church Basildon where her grandfather used to be the Verger. The couple went on to have three sons and one daughter and still live in the area. 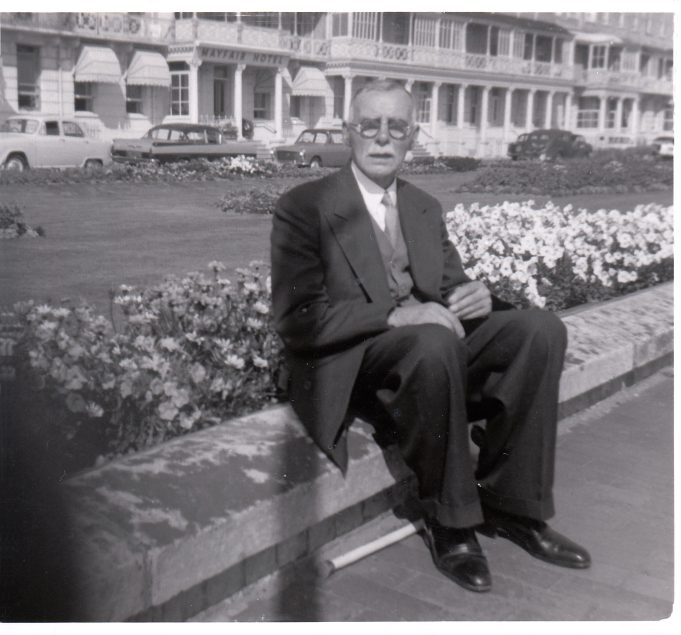