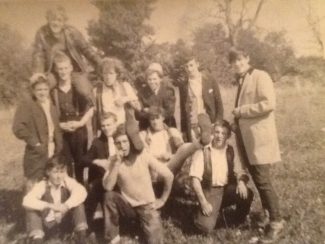 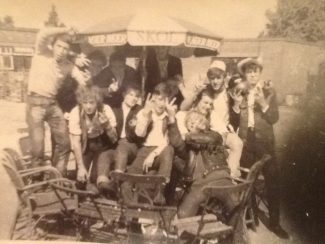 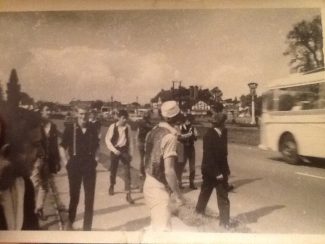 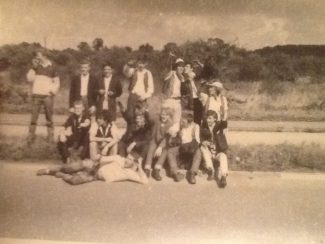 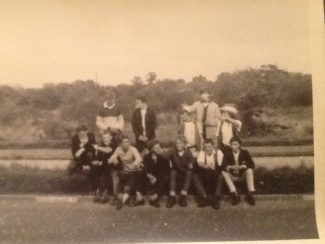 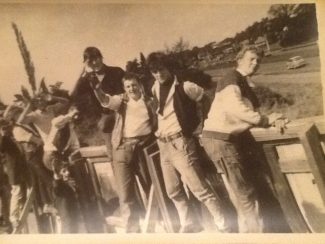 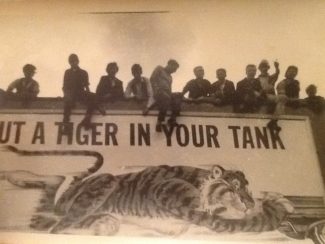 Included here are a selection of photographs that were taken following one of the parties described in my article “Party time”. However, I don’t remember where this party was, but then I didn’t remember much about any of these parties, such was my inability to consume alcohol responsibly. This is a bunch of lads supposedly on the way home on a Sunday morning. They were taken along the A127 Arterial Road both in the car park of the Fortune of War public house (long since gone) and just past, Southend bound. The pub can be seen in the background of a couple and you might just recall the advertising hoardings that used to be there. This motley crew was made up of some Laindon boys, myself included, (the weedy one, wearing jeans and light coloured jumper, laying in the road in one photo), some from Basildon, others from Crays Hill. I won’t name any of them, just in case they eventually became respected citizens of their current communities, but I feel sure many of you will be able to identify some of them, if not all. To the best of my recollection these photos were taken in 1964/5. Sorry if the quality is not as good as it could be, but this is my first attempt at sending photos.

As an addendum, I spent so much time with my friends from Crays Hill that I was awarded the honorary title of a Crays Hillbilly !