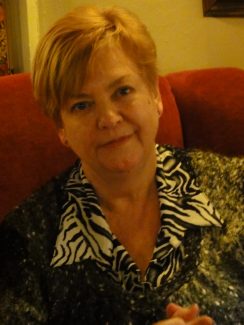 I loved staying with my grandparents in a bungalow named “Idyll”, Elizabeth Drive.  I remember the railway behind the houses opposite.  I remember a friend of my grandmother’s not far from where she lived who was called “Rainbird” or something similar.  There was a store halfway down from my grandmother’s bungalow on the same side of the road, on the right when facing the route to the railway station.  I am nearly 70 years old so memories are sketchy but not the love of the place.  My grandmother and grandfather’s bungalow stood on at least two acres of land.  It broke my grandmother’s heart when the compulsory purchase was enforced and she died within five years of leaving, having been moved to a small OAP bungalow in Basildon.

My great grandmother lived at Idyll until she died and her name was “White”.  My father Percival Ewing was a butcher’s apprentice before serving in Burma and he came back and continued employment as a butcher.  I am sure many may remember him.  My uncle Leslie Ewing was in the RAF during the war and lost his life over Germany.  I never knew him, being born in 1944.

My father married in Southern India where I was born.  We returned on a troop ship and I was only six months old when we arrived in England in 1945.  However impossible it may seem, before the end of the war in my cot in a room in the bungalow, I remember a bomb going off nearby and how it shook the walls and the fearsome noise.  Is this a false memory?

My grandparents had a wonderful garden with an Anderson shelter under turf topped by a pear tree.  They grew lots of fruit and gran made delicious jam.