My family moved to Laindon in 1916. I was thirteen years of age and the war was by now becoming truly frightening.

My family moved to Laindon in 1916. I was thirteen years of age and the war was by now becoming truly frightening. I had two brothers in the Navy and my father was in the army.  Soldiers were being drafted into private homes in Laindon. Mother still had three children at home so we were not required to house any soldiers. However we soon became friendly with some of them. All the ones I knew had been wounded and were therefore convalescing. They were all gentlemen. 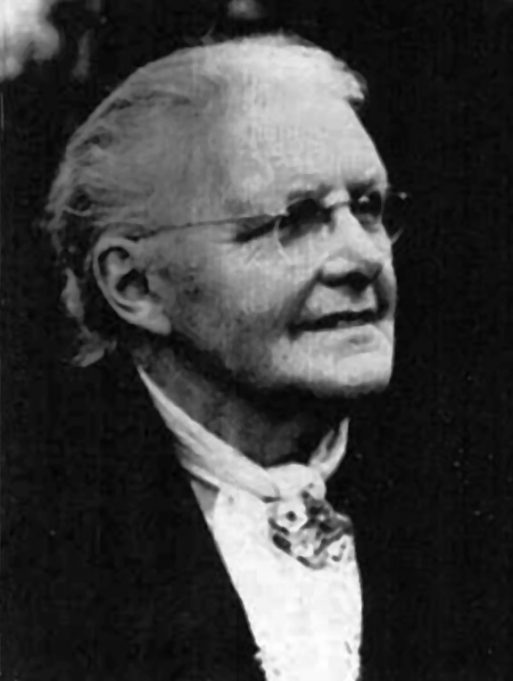 It was an exciting time for us young ones. Mrs Fothergill was our head mistress. (Langdon Hills School) She managed the school and taught the ‘Top Class’ herself. All the men teachers were in the forces. I remember the hole in the school roof where shrapnel had fallen through one night.

We were asked to dig up some of the playground to grow vegetables. That was jolly, because the boys were allowed to come into the girl’s playground to help with the digging. We grew some really large cabbages. We were also allowed some days off from school to go blackberry picking. The teachers came with us – to our amusement one teacher, Mrs Hill, always picked the low down ones. 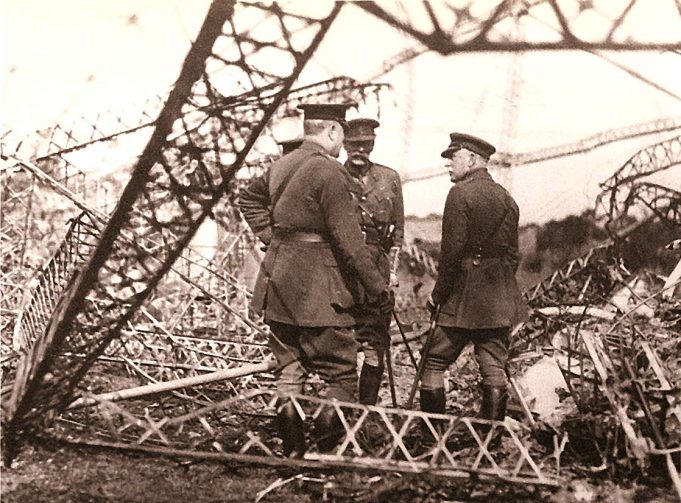 I never forget the night when the Zeppelin was brought down. It caught fire right over Laindon, drifting away with flames soaring into the sky; it came down to earth at Great Burstead. Early next morning we rode our bicycles over to the scene but the site was being guarded by a regiment of Irish Guards with fixed bayonets.  We were therefore prevented from getting close to the wreckage.  However we could see the bodies of the German crew covered with sheeting being taken into nearby farm buildings. There were 21 men and the captain (Peterson). They were buried in Great Burstead churchyard in one grave with the captain in a separate grave.

So many people tried hard to make life bearable in these difficult times. Our Rector, Reverend Carpenter (St Nicholas Church, Laindon) had a good girl’s choir (the first in the country), and was himself an excellent bass singer. His choir was augmented by Dorothy and Linette being two girls sent by the Land Army to work for John Markham at Bluehouse farm. Our organist was Sergeant Fletcher who was stationed at Basildon with a gun crew. Sometimes the girls from the Langdon Hills choir came to join the St Nicholas choir. Services on Sunday were a musical joy. 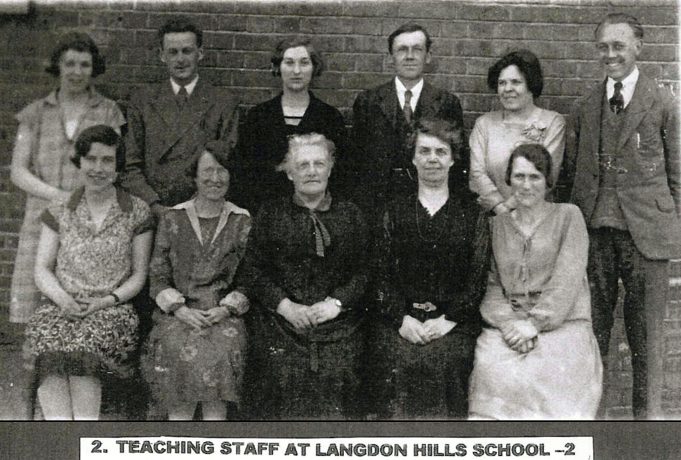 In Langdon Hills there was much musical talent – we had Professor Le Brun, a very familiar figure going to the station each morning in his Inverness cape and carrying his gold headed umbrella and brief case. There was Madame Edith Spencer and her husband who sang Tenor solo’s with a good finish. Madame also formed the ‘Laindon Ladies Glee Party’ to which many of us belonged. We sang our glees and madrigals remarkably well. Mr Green and his daughter Rosie were responsible for ‘The Crescent Singers’ later augmented by Harold Curtis and his Orchestra. Mr Lammin was responsible for the ‘Kum and see us’ concert party, a very spirited and go ahead group who never kept their audience waiting.

Important dances were held in the School hall, these dances were often augmented towards the end by folk from whist drive session taking place in an adjoining class-room. A little dance was held every week in the Institute (Women’s Institute hall in Samuel Road , Langdon Hills) for which we had to pay 4d. The school hall affairs had a violin and piano but the institute dances only a piano.

Our doctor was an unusual Irishman who had a charming wife and a family of young children. He possessed a car a Trogen and later a Singer. Both were always in a dilapidated condition, with broken trailing hoods, often breaking down and needing assistance.

Our first district nurse was introduced I believe in the early 1920’s to everybodies pleasure. The train service seemed very adequate; the return fare to Southend was less than 2d. Tickets were obtained from Percy Monk who was in the ticket office for many years. There was also a ‘Finlays Tobacco Kiosk’ on the platform. 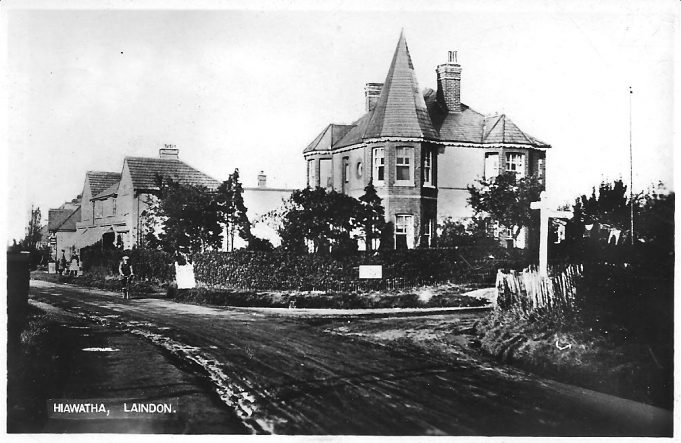 The house Hiawatha was a land-mark at the corner of St. Nicholas Lane and the High Road. It had a good weather-cock until a storm dismantled it. The Hotel was the most imposing building in the High Road. After the war we acquired the Memorial Hall and the British Legion Hall as places of entertainment.

The field adjoining the Hotel was used by the pupils of Langdon Hills School for their football matches. There being no field for such activity nearer the school.

By 1928 the population had increased considerably and Langdon Hills School became very overcrowded. The new senior school in the High Road, Laindon had to take the overflow from the school until a new infants and junior school was built in Markham’s Chase.

The ‘Mud’ has to be mentioned. At the end of the War the main road was in a dreadful state, mud almost up to the kerb – the pathway was treated with sand. The side roads were just tracks of mud. Everyone had Wellingtons to get to the station. Galoshes were usually lost in the mud.

This is where the story ends, a great insight to what Laindon was like ninety years ago.