It's funny that while reading other peoples's memories of Laindon, little things come into your mind. 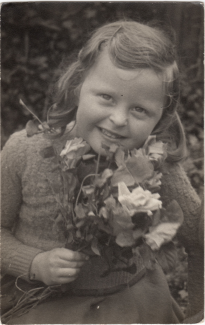 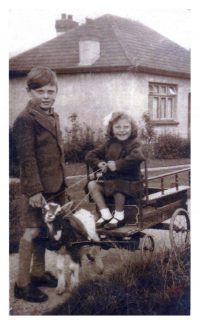 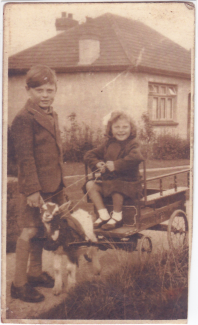 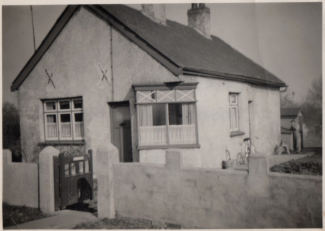 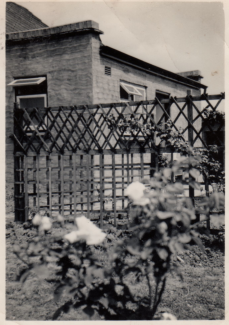 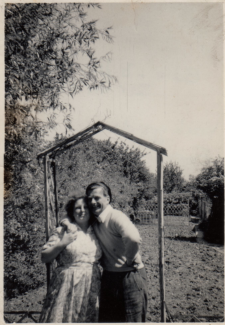 It’s funny that while reading other peoples’s memories of Laindon, little things come into your mind. One of these memories is of my sister Valerie and myself taking my nan’s accumulator from Corona Road, Langdon Hills, down to a local shop to get it topped up. As my sister was 8 years older than me I could only have been 4 or 5 years old at the time.

Another thing I am curious about is that when we lived at Fornham in Sandringham Road, on the left hand side of the bungalow looking at it from the front, and bordering Tylers Avenue, was a quite large plot of land with a derelict wooden shack on it. We used to get into the garden of this place through our hedge and scrump the fruit trees, mum told us afterwards that we did have permission to take some fruit, it took all the glamour away from being caught red handed!! You could see through one of the windows and there were very rickety bunk beds in there, and there was also a well in the garden, which at the time I didn’t realise until my dad warned me where it was.

I wonder if anyone knows any more about this property, it had quite grand metal gates at the front, which were very overgrown, but someone must have cared for it at one time.

My dad was very proud of his garden, he was a regular in the Army for 14 years, and his vegetables almost saluted!! I think that as both mum and dad were from the East End of London, having a large garden was one of the bonuses of living in the country. He travelled to London every day (to Fenchurch Street) on the old steam trains where he worked in the Savoy Hotel in the print section as a compositor. I also travelled up to Fenchurch Street with him from April 1960 until June 1960 where I actually worked at 108 Fenchuch Street. We moved to Romford in 1960 so I continued to work at the same place but then travelled to Liverpool Street Station (most inconvenient at the time).

The bungalow had no sanitation, as many others, and the trek to the outside loo was one of terror in the dark, you always prayed the battery in your torch lasted just long enough. It always smelt of disinfectant and the toilet paper was shiny (San Izal) probably spelt wrong, that was if you run out of cut up newspaper squares. Poor old mum had the job of emptying the bucket, and always tipped a bit on the rhubarb!! However we all survive? When dad built the extension on the bungalow for a new kitchen and bathroom it was great, but when you pulled the plug out of the bath, the water just ran down the path, and on a freezing night the trip to the loo had to be seen to be believed!!

The Salvation Army band used to play on the occasional Sunday on the junction of Buckingham Road and Sandringham Road, they stood right in the middle, hardly ever having to move for traffic. They always seemed to turn up as we were listening to Two Way Family Favourites on the radio. Oh happy days!!

I also remember a year when we had fog so thick that you honestly couldn’t see your hand in front of your face (I know because I tried) it bought with it a deadly silence. On this particular evening I had invited a school friend Kay Allwood back to my home after school, mum told me to walk home with her to make sure she was safe (what about me!!) I got as far as the bottom of Windsor Hill and told her she would have to find her own way home. That night I laid in bed feeling so guilty, and was quite relived the next morning to see her back at school. I wonder if she remembers that night?

I have read mentions of Pound Lane, my Auntie Doris and Uncle Sam Webb lived at number 83, it was set far back off the road, and had a verandah and a stable type door on the kitchen, where my mum took great delight in putting her head through and neighing!! when we went to visit.

Auntie Doris together with Eileen Slade (later to become Eileen Webb) although not related to my uncle, were both my godmothers, and while I was a baby and cute, took me all over the place (the novelty dropped off as I grew older, I wonder why!!).

Eileen’s sister Sally Slade (now also Webb) used also to work at Baigent’s, so I have been recently told.

Another thing I have only recently found out through my sister, was that Dr Long had told her that I was the first baby in Laindon that he had to attend the birth, as there were complications. Home births were very common in those days, I suppose the act of actually getting to Billericay Hospital was a trial at the best of times, without being about to give birth!!  Anyway that’s what she was told by him when she was expecting her own first child.

When I was very small, I was looked after by Mrs Howell in Tyler Avenue, while my mum was at work. I played with Martin Howell who was a bit younger than me. She used to go somewhere to play whist I think, as I can just remember walking with her, she was pushing Martin in his pram, and I was pushing my dolls pram (purchased at Ling’s).

My brother Dave and his wife Doris were married at St Nicholas church in July 1956 on a beautiful sunny day, and have now been married 55 years and still live in Laindon as I mentioned in my other memories. I was their bridesmaid I am very pleased to say, and over the years have been drawing pictures of myself rapidly aging in all their anniversary cards!!