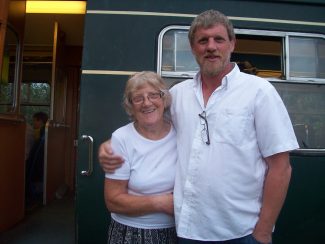 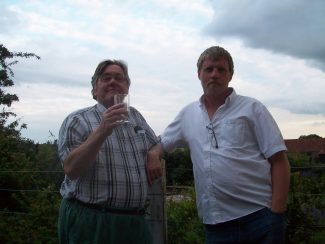 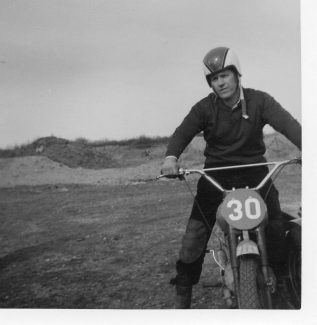 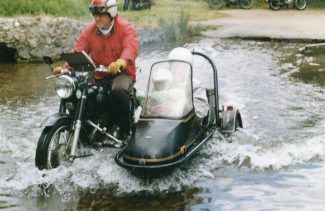 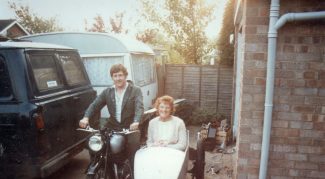 I moved to Kings Road Laindon, with my family, in 1950. My father had been working as a cowman, on a farm in Epping, but had to give up the job, as he was badly crippled with arthritis in his legs and arms. No machine milking, all had to be done by hand, twice a day. He could no longer sit crouched under a cow, on a little stool, and squeeze away. As we lived in a Tied Cottage, we had to move.

So, he bought a bungalow in Laindon. It was built from Asbestos, and stood on a fairly big plot of land, with a large pond at the end of the garden. In this pond were lots of Roach and Carp, and people used to pay 6d, (2 ½ new pence) to come fishing for the day. I was 10 years old, and went to Markhams Chase School for about a year, sitting and passing the Eleven Plus Exam during that time. After the summer hols. I was off to Grays Technical College. I used to catch a bus at the bottom end of Laindon High Road, about 8.00am to get there. I must admit that I soon learnt to hate every minute of my time there.

There were a lot of lads from the Romford area at the school, and being from that place, loved to spend their time getting into trouble. The Teachers’ way to punish them, was to keep the whole class behind after school, in Detention. This little trick made us few from Laindon, miss the bus home, so we had to wait until 5.00pm for the standard service to get home after 6.00pm. I got fed up with this, so after a time used to up and walk out of Detention, to catch the special School Bus home. This upset the Teacher, so Mr Bags, the Head was brought into play!

Letters went back and forth, the upshot being, I moved to Laindon High Road Secondary Modern after a year at the Tech. Well, this suited me perfectly. I was about ten minutes from home, and went to school with all my mates! In Kings Road lived Danny and Chrissie Jeakins, Eddy and Sheila Stannard, Nick Freeman and Sylvia West. Also a girl named Jacqueline, cannot remember her surname. These kids all lived up the top end, on the concrete road bit, down my end, on the unmade up part lived Jimmy and Alfie Burton, and round the corner in Latimer Way, Alan Hutchins.

So, there I was, for three more years, until I reached Fifteen. I was always interested in mechanical things, like most boys, and was accepted for a job at Fred Myers Tractor And Equipment Co, situated a few miles up the Arterial towards London. I bought a new Raleigh bike on the never-never from a shop in the High Street, and went back and forth for about three years, until I decided to join the RAF.

This was a bit of a Family Tradition, as both my half-brothers, and my sister had joined up. I went first for a months’ square-bashing, then to RAF Weeton, near Blackpool to be trained as a Motor Mechanic, for three months. My first Permanent Camp, was RAF Dishforth in Yorkshire. I was there for a short while, then came a posting to Christmas Island for a year. During those early months in the RAF, I used to come home on Leave occasionally, and look up my old mates. When the year abroad was up, I was posted to RAF Watton, in Norfolk. Here I met my lovely Wife, Dorothy, we married and rented a flat in town, and Laindon passed out of my life.