I do not know exactly what year the Clifford’s moved into Laindon I know it was before the 1930s, they originally lived in Plaistow. 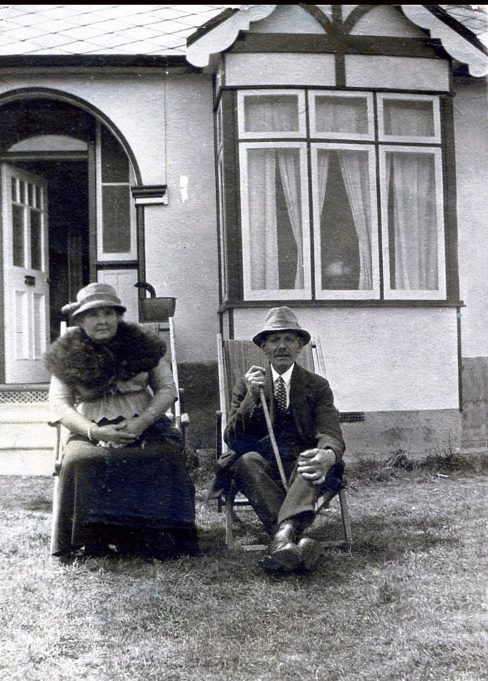 Great granddad Joseph Clifford was born on the 24th February 1862 in Plaistow. He married Agnes Jane Allsopp born 28th June 1866 in Limehouse on the 9th August 1885 at St Andrews Church, West Ham. They had 11 children all born in Plaistow. 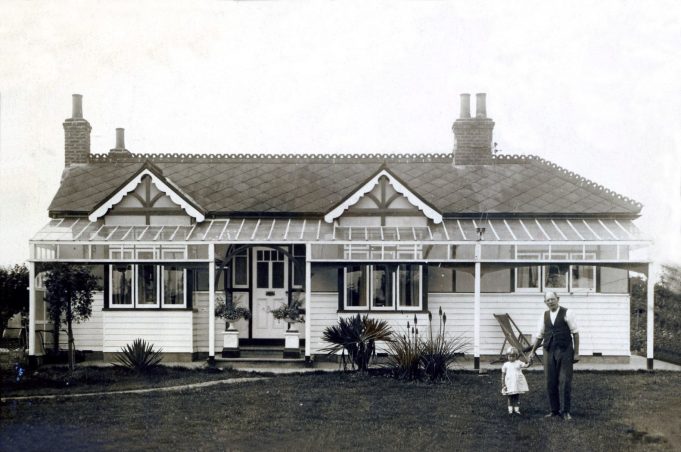 He was a master carpenter and he built Belgrave bungalow on Laindon High Road somewhere between King Edward Road and Victoria Road (near to North Parade Post Office). Maybe near where Roberts Road now joins the High Road. I was a school child last time I visited the place. He also built two others called Kudos and Yardley, they were further back off the High Road, but I do not remember them. My mother often talked about them as they were all very similar.

Mum was born at 37 Belgrave Road which is why he called his new bungalow by that name. I was 5 or 6 when he died in the early 1950s, Agnes died several years earlier. His youngest son Sidney who was married to Grace MacDonald owned and ran the green grocers shop on the Laindon High Road approximately where Roberts Road now joins the High Road. I remember it well it had a centre door and produce each side out front, it had a large concreted front and the stream which ran all the way along the High Road ran at the front underneath. This is a fact as I on many occasions was sent by my mother to buy our vegetables. Great Granddad and Uncle Sid owned many greenhouses to the rear where he grew his own produce. The Sofa Bed shop used to be called Buckenham’s Butchers, I shopped there too.

Just before the war broke out one of their 11 children, my nan Grace Mary Clifford born 22nd July 1889 in Plaistow, moved to Laindon as well. She was married to Arundel Thomas Webster Pryor and their house was called Apna Ghur. This house was sited in front of the Manor Mission. The garden was huge on the side and to the back, and this ran parallel to the Mission. 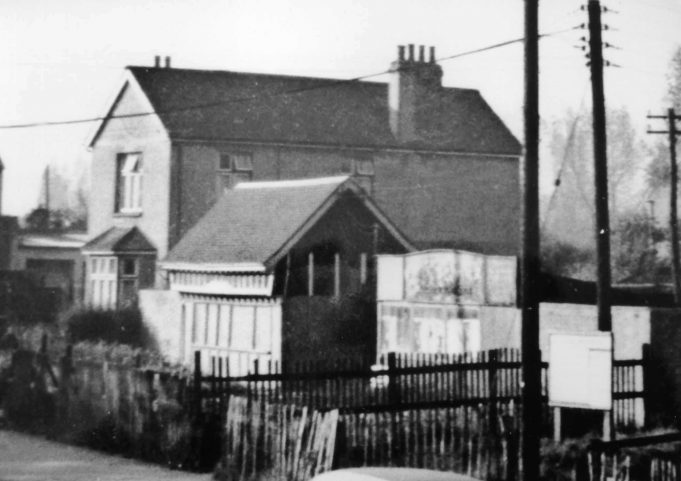 My mum Vera Florence Pryor was married from this house on the 17th August 1941 at St Nicholas Church. 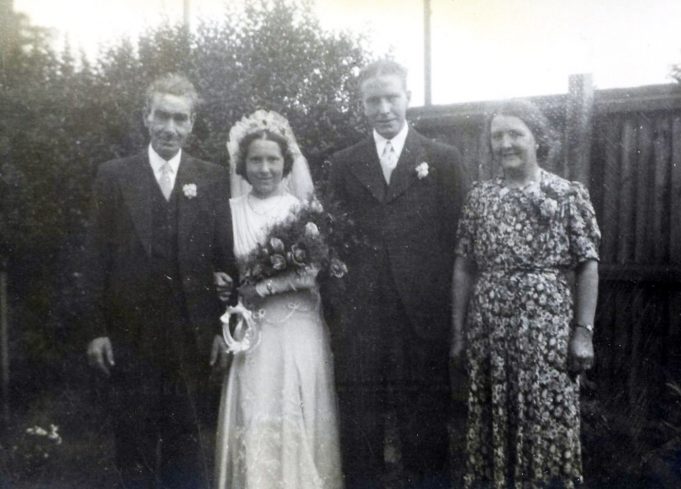 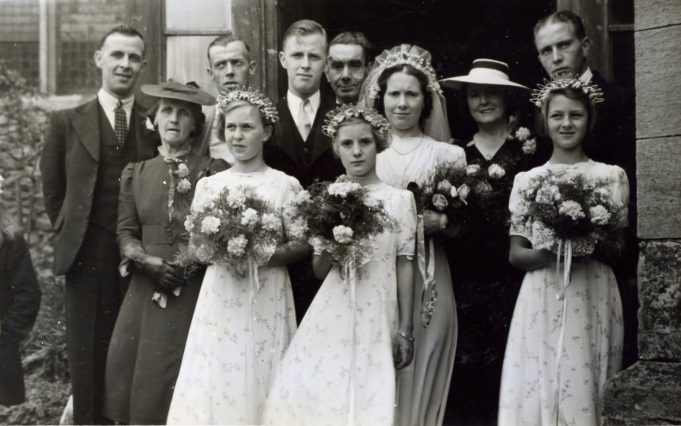 Her father Arundel was also born in Plaistow but loved living in Laindon. He was great friends with Joan Sims father and they used to go drinking together as the Laindon Hotel and the Fortune of War. This is a story mum always told us as nan used to get cross with him. Dad Reginald Frank Boatwright born in 1917 Canning Town, came to live at Apna Ghur as the war had just begun. When he was later drafted into the Royal Signal Corp. mum stayed living with nan and granddad Pryor. Later in 1946 I was born in Apna Ghur, so was my brother Peter. I remember Laindon very well. Dad used to pass me over the back fence to the Manor Mission for Sunday School and Sun Shine Corner a children’s class with Bible stories and singing. When dad came home from the war we were given one of the ‘New Prefabs’ on Railway Approach made for the men coming home from the war with families. There we stayed for a few years, I went to school at Langdon Hills Primary School. We later were moved to a brand new council house 21 Pound Lane, when I was 6, next door to Ken Porter. For my sins he is like an adopted torment of a brother. The timber yard was next door to Apna Ghur and the Coal place was opposite, I used to visit an old lady in that house across the road called Mrs Gibbons, she gave me sweets. I tasted my first butterscotch sweet from her. Arundel Pryor served in India for a time which is where the house name comes from.

Joseph Clifford (I have said before) was a master carpenter and worked on many a bungalow in Plotlands as I believe it is now known. He also did the carpentry on the original bungalows on Basildon Drive and the bungalows that then replaced them in 1935.

The original small sizes, with privy outside. I can never prove this of course but my mum always said her granddad helped build these places and would never build anything else but bungalows on this Essex clay soil as the clay led to subsidence. He would have been surprised to see the present houses thanks to the pile drivers and deep foundations that now enable houses to be stable. I live in one of the original bungalows with extensions now of course to make an indoor bathroom. I would like to think that he would love his great granddaughter living in one (but with all new double glazing of course).

Every Saturday morning I used to walk from Pound Lane to the Memorial Hall on the High Road to do ballet classes taught by Miss Taylor. I danced with Pearl Penson and Fred her older brother. Do you remember the church annex, it was either St Peter’s or St Paul’s on Nicholas Lane, just up from Hiawatha? The other side was the other Biblical name but a hall. We used to hold a lot of jumble sales in that hall. The other side, the church, was where my mum was “Churched”, (that doesn’t happen any more) because living on the High Road and later in the prefabs, the annex was more convenient than St Nicholas.

Below are some additional family photographs.