James Richards moved to Laindon in 1919 aged 13 with his three sisters Elizabeth, Rose & Violet and his parents James & Elizabeth from Bethnal Green in London. James senior bought Sunny Mead Farm situated at the western end of the unmade part of King Edward Road in Laindon. It was a dairy farm with extensive acreage and included a large double farmhouse, which was divided into two separate dwellings. The Richards bought the north side of the property.

In the early days the milk was delivered to the customers on the rounds by horse and sledge then later by horse and cart. 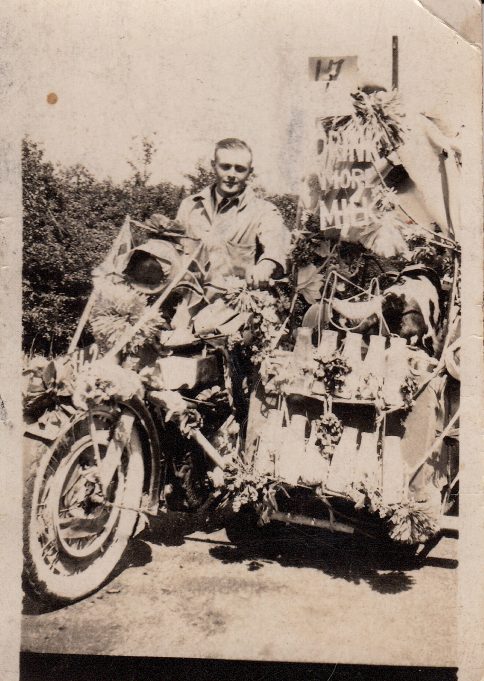 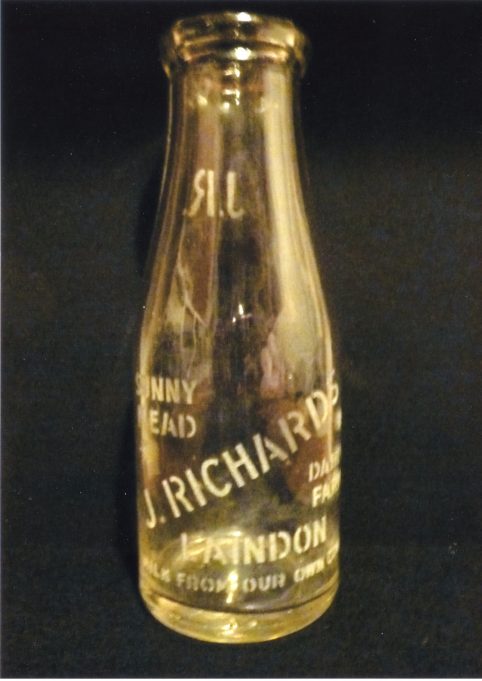 Maria Clements aged 17 came to Laindon in 1926 on holiday where she met James junior, the relationship progressed and they were married on Christmas day 1931 at St Nicholas Church. 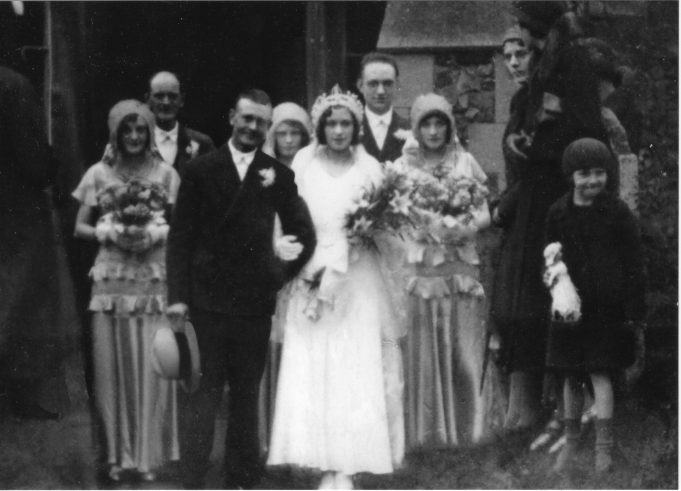 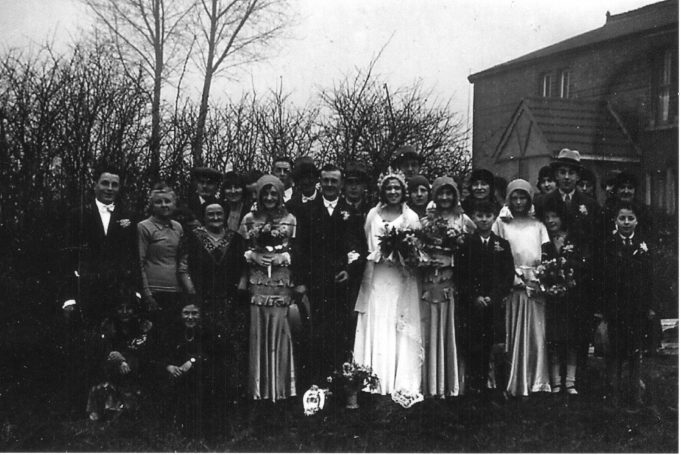 Elizabeth died on January 31st 1937 aged 54 years. James junior eventually took over the farm in 1939 when his father died on 20th February that year aged 57 years.

After James & Maria married they moved into a bungalow that James built not far away still in King Edward Road called Clemrich, the name being a combination of the two family surnames. James & Maria went on to have three children Sylvia, James & Hilda.

Sylvia remembers the local policeman, a Sergeant Dunbar coming to inspect the pigs that James kept at that time at Clemrich. This bungalow was sold in 1945 when the family moved.

The dairy prospered although there were many local dairy farms around the area. The family sold most of the fields in the late 1940s and sold the milk round to a local family diary. More acreage was sold to a local farmer and landowner in the late 1950′. Sloper, Markham, Firman and Whife were four other dairies that served Laindon and the surrounding areas. The remaining land and farmhouse was sold to the local council in the early 1960s to make way for Ford’s Research Centre.

Sylvia Richards married John Dimmick in 1953 at St. Nicholas church. They went on to have three children.

John Dimmick worked in a local butchers in the High Road named Maulkins near St. Nicholas lane. He then ran his own welding company in Lower Dunton Road for 39 years from 1969 to 2007.

Mr & Mrs Dimmick still live locally and remember Laindon and Dunton and how it has changed both for good and bad. They, like many locals feel saddened at the way the area has been completely dismantled and engulfed by Basildon to the detriment of Laindon and it’s inhabitants. There is hardly any sign that we ever had a High Road and a community.