You are here: HomenextPeoplenextHealth of the CommunitynextDr Anthony and Janet Millwood 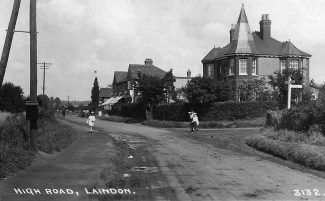 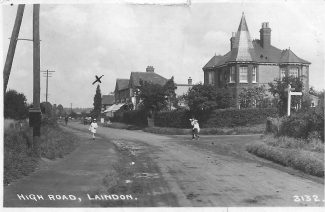 We first came to Laindon in early 1963 for an interview with Dr and Mrs Long. Anthony was one of the last to do National Service and had been a Medical Officer at Strensall barracks, near York.

We journeyed south and had our first view of Laindon. We decided we could not live in such a ‘last outpost’ place but felt we must attend the interview. I say ‘we’ because the wife, keeper of the phone, had to be approved too. At that time there were few jobs in general practice. However, there was enough mutual regard for Anthony to accept the job of prospective partner. It was not unknown to be taken on trial, at a lower salary, only to be out of a job at the end of six months or a year.

The council provided a rented house in Vowler Road, Langdon Hills, the last one at the Berry Lane end. ‘Celia’ had not had her other half built, so it was detached. It was cold, with mould on the bedroom walls. That winter some personal bathing was done with a bowl in front of the living room fire and I don’t mean our two half year old son.

We had endured the 1962/63 freeze in our cozy bungalow outside York, where everything was frozen from Christmas until March. There was, however, compensation in the songs of the nightingales in the scrubland opposite the house in Vowler Road.

There were still dwellings of the old type in Berry Lane; a brother and sister ran shop in their wooden house which was very convenient. A parade of shops on the High Road provided bakery – ‘Cottis’, general grocers – ‘Morris’ and a Post Office. The telephone exchange was in a big house.

Our lives were planned around duty hours, when the phone had to be manned. Anthony’s house calls included visits to the houses in the many unmade roads. In fact they weren’t roads only a concrete footpath so there was often a long walk for him and sometimes also the ambulance crew with stretchers. There were no mobile phones!

Dr Long’s surgery was a simple annexe on the back of ‘Hiawatha’. A few years later a small block of flats were built in nearby Danacre and the the ground floor was the new surgery for three doctors – Dr. Ravwir Bass had joined the partnership. Dr Rubie, Dr Martin and Dr Romano Cavoroli worked from New Century Road.

Plans were drawn up for a big Health Centre at the end of the new Laindon Shopping Centre. All the doctors had input to the design which included nurses’ rooms, where minor surgery could be carried out by the doctors – stitching, cysts, in-growing toenails etc. The doctors had a common room where they held regular meetings to discuss the workings of the Health Centre. There were dental surgeries for Local Authority and NHS patients.

It open in 1971 and was judged to have top the range facilities. Planners and health workers came to see it and learn, some from far away as Japan.