You are here: HomenextPeoplenextHealth of the CommunitynextGeneral Medical Practice in Laindon 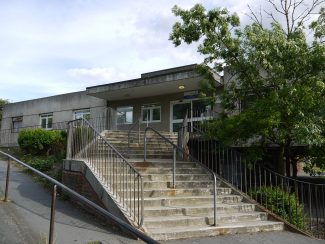 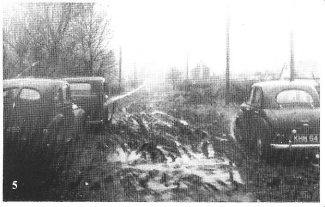 zoom
Laindon Roads during the Winter

What follows is a brief account of General Practice in Laindon in the 60s. I came to Laindon in February 1963 to join Drs Rubie and Martin in their medical practice at the High Road end of New Century Road, opposite the Radion Cinema. The surgery, a magnificent custom-built, architect designed state of the art building stood out in a Laindon which was being absorbed into the Basildon New Town; therefore large areas of Plotlands to the west were being demolished, and those to the east of the High Road were a building site.

The winter of 1963 was one of the longest and hardest for many years, and snow lay on the ground for more than two months. I was surprised when the smooth icy covering of the roads eventually thawed out and revealed a bumpy unmade road full of pot holes and deep puddles. Cars could not negotiate these unmade roads, of which there were many in the district, and when we had to visit patients living on these roads, we had to leave the car on the nearest metalled road, then walk, sometimes for up to 1/4 mile or more. In addition to medical equipment, there was always a pair of wellington boots and a shovel in the boot of the car.

In the opinion of old-timers such as me, life of a general practitioner in Laindon was much harder than it is nowadays. Not only did we have morning and evening surgeries – the latter usually finishing after 8 pm, but a larger part of the day was taken up with visiting patients at home – a practice which has greatly diminished today. There were several reasons for this.

Firstly, in the course of an illness such as measles in children, or a chest infection such as pneumonia or bronchitis, it was the custom to make an initial visit, then one or more follow-up visits until the patient had recovered. Nowadays the patients is seen once then instructed to contact the doctor if there is no improvement. It must be admitted that many of the follow-up visits we made in the old days were clinically unnecessary.

Because in general, drugs today are more effective and allow chronic medical conditions to be controlled better than formerly, medical emergencies such as diabetic coma, severe asthmatic attacks and congestive cardiac failure which were the reason for many house calls, especially in the middle of the night are rarely seen today. As a result of vaccination, diseases such as mumps, measles, whooping cough and diphtheria, which again were the cause of many home visits, have virtually disappeared.

There was at the time no hospital in Basildon – the nearest A&E was in Billericay. Consequently, in the event of accidents patients preferred to call out the general practitioner rather than to make their own way to Billericay. We often stitched up wounds in the surgery. Today patients go straight to A&E at Basildon Hospital without involving the G.P.

Pregnant women who did not have medical contraindications had their baby at home, attended by midwife and G.P. Nowadays, of course, virtually all births are hospital deliveries.

As with the beginning of life, so it is with its ending. Many people died at home. There was no hospice; patients dying at home from cancer would require daily visits, sometimes for weeks.

Each doctor had a list of “chronic sick” patients, who did not require necessarily a change of treatment, but who were visited on a monthly basis when the doctor would drop in for a chat and a cup of tea and write out a repeat prescription.

Another reason for the frequency of visits in the ’60s and ’70s was that many households did not have access to a motor car, therefore a doctor’s visit was preferable to a walk or taxi ride to the surgery.

Originally general practices did not have circumscribed practice areas. We had patients living in Dagenham to the west, in Southend to the east, in Mountnessing, Billericay and Ramsden Bellhouse to the north and Grays to the south. Today practice areas are sensibly much more compact. There was a patient living in Mountnessing who had a baby at home. I made four separate visits to her on the day of the delivery. On another occasion I delivered a birth in the back of a horse-drawn gipsy caravan parked in a feld in Gardiners Lane.

I should point out that many of the conditions I have mentioned above applied to general practice throughout the country. What made practice more difficult in Laindon was the number of unmade roads and the lack of hospital in Basildon, as well as the scattered nature of the practice. However, I enjoyed the work, I had two wonderful partners, and the Laindon patients were lovely!