You are here: HomenextPeoplenextHorticulturenextHistory of South East Essex Fuchsia Fellowship of Laindon. 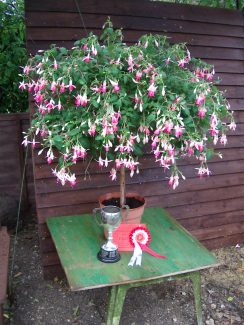 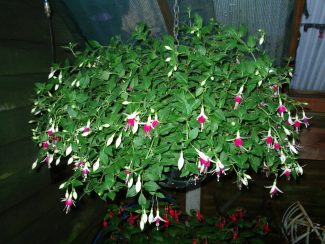 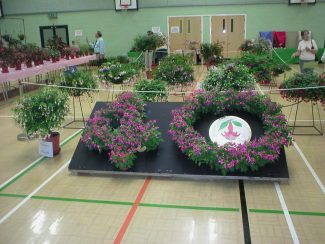 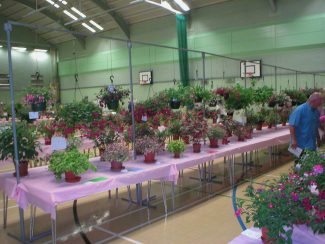 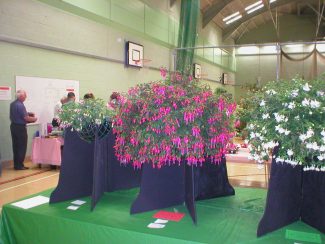 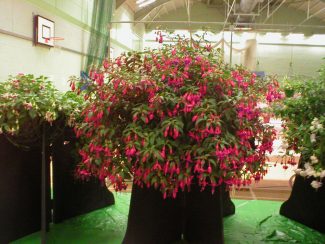 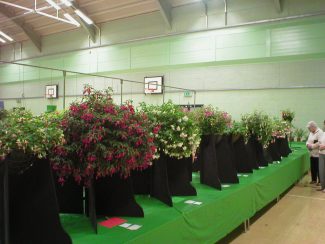 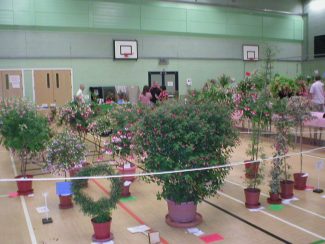 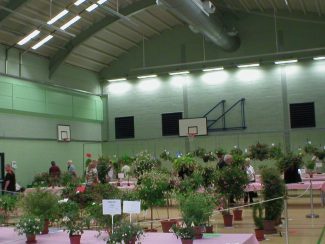 On Tuesday 1st October 1968 at the Halfway House pub the first meeting to form a group to grow fuchsias was born, they named it South East Essex Fuchsia Fellowship and over 80 became members, a donation box which raised £5-3s-6d which set the funds off to a good start. They decided the meetings and the shows would be at Laindon Community Centre in Aston Road down the side of Toomey’s garage.

A booking for the small hall at Laindon Community Centre for the first Monday in the month, for committee meetings at 15 shillings per night, from December 2nd 1968 until November 1969 inclusive the large hall was booked for the annual show August 2nd 1969 cost 25 shillings per show. It was affiliated to British Fuchsia Society, Royal Horticulture Society. On December 2nd 1968 at the Laindon Community Centre, it was proposed by Mr. Tomlin that the constitution laid down for the fellowship was passed, the cost at the door to see the show was 6d per person.

The person who was running the centre was Mr. Moorcroft.

The first show was a huge success, the profit for the first year stood at £160-18s-5d and membership was 155, A lot of Ford workers could not make the show because their holiday had to be during shutdown (last week July and first week August) so the show date was changed the following year to the third weekend in July which it is still same today. For the next 15 years the two day Fuchsia show on the third weekend in July was a huge success with large hanging baskets hanging from the roof and plants which filled the hall.  It was sad to hear that the centre had burnt down in 1985.  Our show was  coming up, and a hall urgently needed; luckily we found the Fryerns community centre had a large hall and they would allow us to use it.  It took a lot of hard work and time but the show was again a huge success.  As soon as the show was over we wanted to get back to the Laindon area but no halls were big enough so we started looking at schools the only one big enough was Woodlands School at the time, although not very good access, but we had the show there for the next three years.

All this time we were looking for a better venue we eventually came up with the Festival Hall along Cranes Farm Road. It fulfilled all our requirements and our membership increased to over 264 and was told by the top judges that our 21st annual show in 1989 with 317 exhibits was the best fuchsia show in the country we were to stay a further two years and they were the best shows and venue we have ever had.

At the end of 1991 the hall was demolished for the redevelopment of the Festival Park, which is still there today. It meant we were searching once again for another big hall, this time we did not have far to go, it was Markham’s Chase centre for our 1992 show – again a good venue and well supported from Laindon and local area.

All our Judges have been professional and had stands at Chelsea and Hampton Court and all top growers would come to our monthly meetings and give us talks on how they grew their plants for the big shows. It was this knowledge that helped our fellowship to grow plants to very high standards.

We were at Markham’s Chase for a considerable time but with the rumors going around that the council was going to pull it down for rugby club and houses (continually denied by the council) plus the cost of the hire had increased considerable  (£750 2008) we decided to look around yet again.

James Hornsby School came to the rescue with their sports hall which was the same size as Markham’s Chase. Our July 2009 show was held at James Hornsby and we are still there today.

The show is always the third weekend in July and this year 16th and 17th July 2011 celebrating 43 years this year. If anybody would like to come to our monthly meetings you will always be welcomed and soon you will be growing a wonderful range of fuchsias, standard, pillar, fan, hanging baskets, wall baskets, bush, and many pot plants. First Thursday of month at the United Reform Church, Honey Pot Lane, Basildon. The town end of Whitmore Way.

Our committee today you might recognise some of the names,