It's the end of Billy Foyle's Zoo 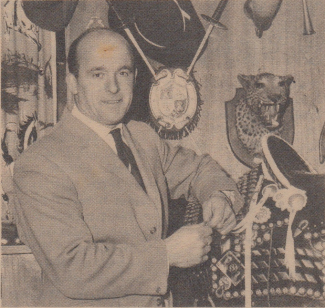 zoom
BILLY FOYLE amongst the trophies in his office at Whitesbridge Farm, Crays Hill. For him it's all over except for the sad memories. 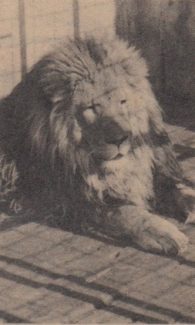 zoom
KHAN - for him days of carefree freedom with his own kind. 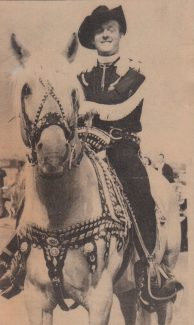 WEDNESDAY WAS A SAD DAY FOR BILLY FOYLE, THE SADDEST DAY IN HIS LIFE, FOR THIS WAS THE DAY WHEN HIS FAMOUS PRIVATE ZOO WAS AUCTIONED

One by one his animals were sold until it was the turn of his favourite lioness, Rema.

As the bidding reached £110. Billy stepped in and called a halt to the bidding.

It was more than he could bear to see her sold, and Billy has had to bear a lot lately.

He explained later why he had stopped Rema being sold. “I have given up a lot for Rema. She even broke up my marriage. Now I cannot stand to see her go on show with some commercial undertaking. She means too much to me”.

Unless he can sell her privately to a zoo or a good home, he would rather shoot her, but there is still some hope, as Billy is considering an offer for her.Rema’s mate, Khan, was sold on Wednesday for £165 to Mr. Jimmy Chipperfield.

Mr. Chipperfield bought Khan on behalf of himself and the Marquis of Bath. The lion will join 50 others on the Marquis’s range reserve at Longleat House in Wiltshire.

Among the other animals that were sold were Billy’s bears, including Jeremy, who has appeared in many T.V. advertisements.

Now his zoo at Whitebridge Farm, Crays Hill is no more. Billy is off to the States and California to be a cowboy and run a ranch.

One day, he thinks, he may come back to Essex and start up a ranch here.  “If I do it will be 400 acres and shaped like a horseshoe.” he said.

For Billy, there remains one final sad act to shoot, his Palamino horse. King, well known in local carnivals.

“No one else can look can look after him, so I will have to destroy him”, said Billy.

So now Billy’s zoo, his greatest love, is finished killed by red tape and heartlessness that goes with it.

Maybe one day Billy will be able to forget Wednesday March 30.   But that will be very doubtful.

The animals are sold and so is everything else including pony traps.

This horse must die

Speaking after the auction of his zoo at Whitesbridge Farm, Crays Hill, on Wednesday, “Marshal” Billy Foyle told the “Recorder” that he had decided to destroy his Palamino horse, King.

The horse — well known to the crowds at Basildon carnival for several years, is seen here with Mr. Foyle in a carnival picture taken last summer.

A member of the “Recorder” staff, on hearing that the horse was to be destroyed, offered to give it a good home on a farm.

But when Mr. Foyle was told of the offer he replied:

“I would not sell King, or even give him away because it could prove dangerous. I have taught King so many tricks, and he will only obey me.

“I know I could tell any would-be buyer what to watch out for from the horse, but you only need to point at the sky and he will rear up and maybe kick someone unintentionally.

“There is nothing else I can do but destroy him; he would be much too dangerous to someone who did not understand him.

“I hate to have to do this to King, but there is nothing else I can do.