You are here: HomenextPeoplenextNoteworthy PeoplenextCecil Alex Hewett 1926-1998, another one of Laindon's famous and talented people

Cecil Alex Hewett 1926-1998, another one of Laindon's famous and talented people 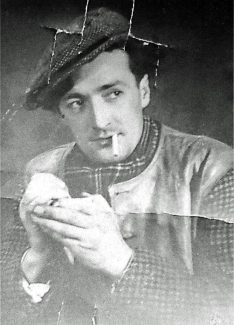 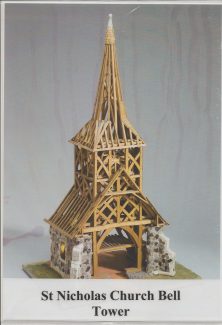 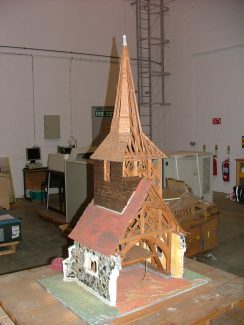 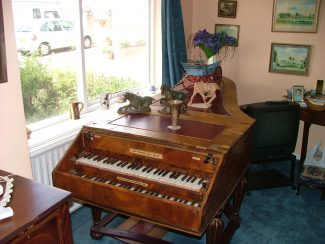 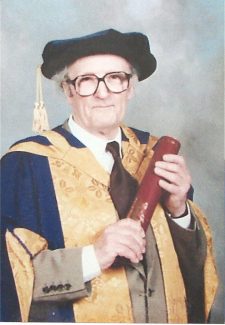 The dating of timber-framed buildings was revolutionised from the early 1960s by Cecil Hewett – Cecil died on the 23rd July 1998 , and this was the opening sentence from his obituary by A Gibson and D Andrews.

Cecil was born in Laindon, Essex on the 26th September 1926 to Alexander and Ivy; they lived in a bungalow call ‘Besancourt’ in Gloucester Road . The road was situated in the area behind the current Laindon Shopping centre. It was an unmade road and the bungalow today would be described as one of the many plotland buildings in the area. Basic facilities would have been minimal.  The bungalow was compulsory purchased and eventually demolished to make way for new housing developments that were engulfing the new Basildon district. Laindon is one of the ancient parishes in the district of Basildon.

He was not the sporting type but an artistic flair showed from a young age and he was regarded as an art prodigy. In fact by the time he was eight years old he was very competent with sharp edge carpentry tools and was making superb models of wooden farm machinery. His attention turned from farm buildings, to church buildings and by the time he was twelve he was convinced that conventional dating of timber–framed buildings was largely wrong. It was this early appreciation of timber-framed buildings and experience of acquiring knowledge first-hand that set the pattern for his later research. His initial interest obviously came from his father who was a woodworker by trade and by walking and cycling around Essex from his childhood home at Laindon. His inspiration possibly came from the massive timber-framed Bell tower of St Nicholas Church, Laindon, where he was a choir boy, along with his brother, Denys and Sister Iris. (In the St Nicholas Church archives are two hymn sheets that were used by Iris…her name appears on both of them)

He was the first one to point out that this church belfry was in fact a Bell tower, one of a very few in Essex. A five foot model of the Bell tower he built is currently in storage at the Science Museum storage depot at Swindon. (Possibly the most famous world wide Bell Tower is the Leaning Tower of Pisa, Italy which was erected in 1174). Basildon though is fortunate to have two Church Bell Towers, the other being the Glass and Steel Bell Tower, situated in front of St Martin’s in the Town centre. It was built in 1999 as part of a Millennium project on the initiative of Reverend Lionel Webber, Rector of Laindon-cum-Basildon and Rural Dean of Basildon. It is believed to be the only glass steel tower in the World.

After leaving college he began his working life as a designer in an advertising office. In 1944 he was called up to do his National Service and one of the tests he had to take was to reassemble a Yale lock, he was the only one of his group who achieved the task. He was shipped off to Egypt where he spent the next four years. On returning home he went back to Chelmsford School of Art and then onto the University College, Swansea, qualifying five years later as a silversmith. He then took up teaching his artistic skills in nine Essex Schools for the next nineteen years.

Although he was not a motor fanatic he did drive an Armstrong Siddeley Sapphire around Laindon and servicing of the car was taken care of by Parkinson.

Teaching was not really the job he wanted to do but it did allow him spare time to do his own private research and eventually it was this interest in carpentry and the dating of old wooded buildings that eventually changed his life. He started to write and publish articles on carpentry from his own observations, from this he was invited to give lectures at various locations including the Institute of Archaeology in London.

He obviously impressed many people with his enthusiasm and knowledge because following one of these lectures he was approached by the Greater London Council and he found himself in 1972 accepting a position with the Greater London Council Historic Building Division. His reputation was growing and by the time he moved to the Essex Council’s Historic Building and Conservation Section at Chelmsford in 1974 as senior officer he had written three books: Development of Carpentry, English Cathedral Carpentry and Church Carpentry.

Considering his humble background his knowledge and artistic skills were considerable. If it was made out of wood he investigated it and wrote about it (timber buildings, farm equipment, doors, windows, and posts etc.) Also because of his artistic skills he was able to make superb sketches of the objects and from these built wooden replicas which helped him convince others of their dates. Many of his drawings included animals and humans showing, with the help of ropes and pulleys, how our medieval forbearers erected the wooden buildings. In his spare time and possibly for relaxation he painted – these being mainly of trees. He did not forget his silversmith skills, making the objects, drawing them and writing about them and he was also a very good potter.

He liked to smoke a pipe and it no doubt helped him concentrate on his work, he was also interested in poetry and would often quote lines of poetry in discussions. Classical music, reading and watching Shakespeare’s plays were also high on his agenda.

Before Cecil appeared on the scene there had been a reluctance to attribute timber buildings that lacked any historical data to a time before the 15th or 16th centuries. So he fought a long lone campaign against those who automatically dated ancient timber buildings to the 15th century, proving on many occasions that various buildings were much older than first thought. His approach was to study the carpenters of the past, their methods, especially joints used, their use of sharp edged tools and established and used a strict dateable sequence.

Being a Laindon boy he took great interest in St Nicholas Church and in his book ‘Church Carpentry’ a study based on Essex examples published in 1974 he dates the roof above the chancel to the early 16th century. Describing it as an important roof, insofar as it affects the evolutionary sequence: Framed in seven cants, with arch-braced collars, side purlins and a collar purlin, a fine example enriched with Tudor-rose reliefs as well as with tracery, crenellations and on its wall plates, the ‘Honeysuckle’ cresting.

He also described the belfry at Laindon as ‘another highly complex structure, comprising two timber towers; one of which rises within the other and supports only the bells, while the outer one carries both turret and spire. There is one of the five transverse frames, the central one visible in the North-South section, which seems to echo the ‘flowing’ style of tracery, while the four posts carrying the bell-frames are combined by straining-beams into ‘A’ frames.’

There is no doubt that he loved making his own models, for example he made at least eight harpsichords although he could not play but his wife could. He made scale models of the buildings destroyed by the great Fire of London 1666. He also confirmed that the long bow that the English dominated the French with during the 100 years war was made of Laburnum and not yew which was used later when there became a shortage of laburnum in this country.

It was in 1980 that Cecil published one of his major works, English Historic Carpentry but it was shortly after this he suffered a severe stroke, which left him unable to communicate but it did not affect his memory. Against all the odds he gradually regained all his faculties; he had always believed that one should work like a ‘tightly stretched string’ in order to extract the most from one’s mind. It might well have been this attitude that brought on his stroke and his final illness. The stroke forced him to retire, although he did make an effort to return to work. Retirement gave him the opportunity to publish yet another book ‘English Cathedral and Monastic Carpentry’ (1985)

The bell tower is one of the features that makes our church a grade 1, if there is anybody who wants a tour and learn about its fascinating history please get in contact with me.

There is more to Cecil’s story but you will have to wait on my book, but who remembers him I would like to know.