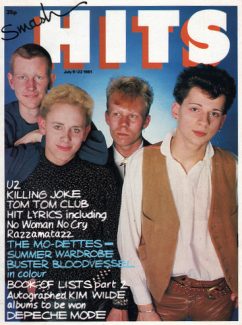 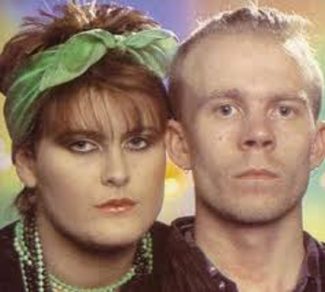 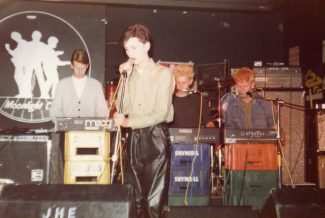 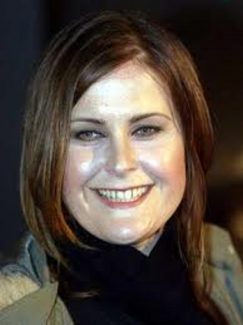 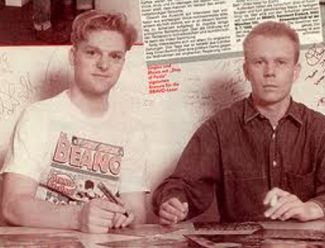 All three lived in Lee Chapel North. Vince Clarke had lived at both 44 Shepeshall and 55 Mynchens. Andrew Fletcher lived in Woolmergreen, firstly at No. 69 and later at No. 101. Martin Gore lived at 14 Shepeshall.

Their hit single ‘Just Can’t Get Enough’, recorded in the summer of 1981, was the first of their songs to be set to video and released in the USA.

Vince Clarke left the group in December 1981 and went on to form ‘Yazoo’ in 1982 with Alison Moyet who had attended Markhams Chase Junior School and then Nicholas School. Their first hit single was ‘Only You’. They stayed together for 18 months and recorded two albums before Alison embarked on a solo career and Vince went on to form ‘Erasure’ with Andy Bell in 1985.

All four Laindoners continue to be highly successful in the music world.

In May 2012 a weekend reunion was held for ‘Depeche Mode’ fans, including an exhibition at Nicholas School and a bus tour of the areas where the group had lived and attended school. Many fans travelled from abroad to attend the event. The bus tour was such a success, that there are plans to run it again in the future.