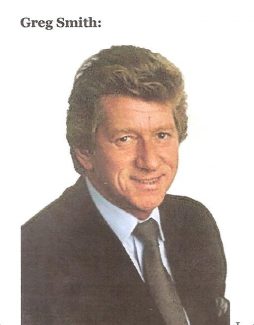 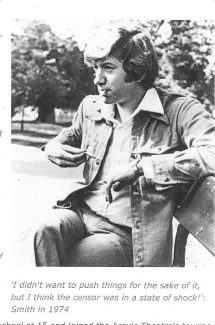 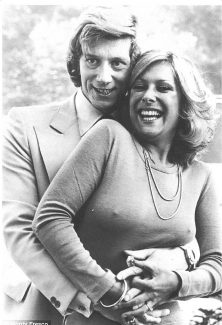 I know very little about Greg Smith’s early life other than he was born In Twickenham in 1939 but bought up by an Aunt in Laindon from an early age after his parents had died. He went to Laindon High Road School and became Head Boy.

He joined the Community Drama Club performing at the Laindon Community Centre. He also went to a drama school in London, on leaving at the age of 15 he joined the Argyle Theatre Touring Company. He then took a job as a runner to impresario, Bernard Delfont.

Later he became an agent for MVA (Music Corporation of America). This organisation closed in 1964 so he established his own talent agency and assembled a respectable client list of producers, directors and writers.

He linked up with Norman Cohen (Profit Enterprises) and together they made the documentaries, “Brendan Behan’s Dublin ” and “The London nobody knows”. Their also acquired the film rights to the BBC TV series “Dad’s Army” for Columbia Pictures.

They went on to produce the film based on Spike Milligan’s novel “Adolf Hitler – My Part in His Downfall” for United Artists.

Greg died in early 2009 at the age of 69 and one of his obituaries said ‘It is my sad duty to announce that my friend and Sex Comedy Legend, Greg Smith has died.

How did he get that accolade? Well he produced one of the most successful sex comedy films ‘Confessions of a window cleaner’ and its three sequels between 1974 and 1977.

He also produced a number of TV series including ‘The Shillingbury Tales’ and on stage his greatest success was ‘Buddy’ that ran for 13 years in the West End.

Finally in his early 60s he was the boyfriend of Shirley Bassey but a heart attack and work load put pay to the relationship.

Just another one of Laindon’s famous people.